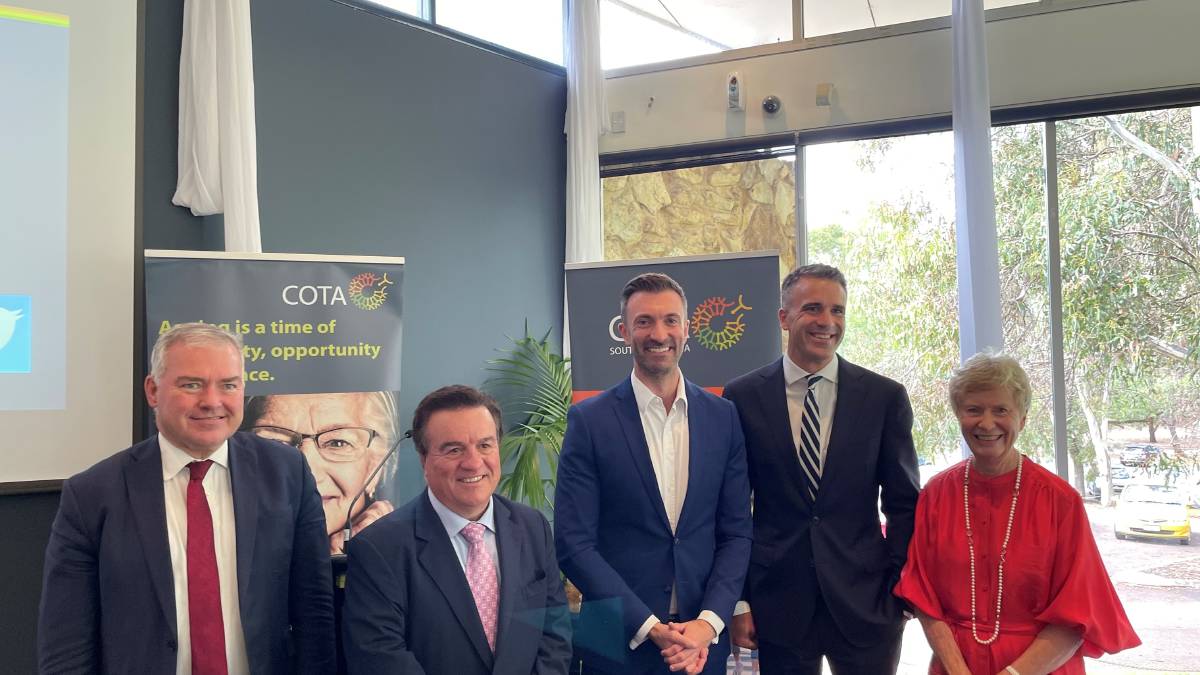 How state political parties would address the needs of seniors questioned at COTASA forum.

On the forum panel were Health Minister Stephen Wade, Leader of the Opposition Peter Malinauskas, Robert Simms from the Greens and Frank Pangallo from SA Best.

The forum was moderated by COTA SA Deputy President Anne Burgess and attended by more than 80 COTA SA members with many more joining online who heard how each of the four parties would address the needs of older people.

COTA SA Chief ExecutiveJane Mussared said while each of the leaders touched on the seven areas of COTA SA's 2022 State Election Platform, older South Australians wanted more detail about the measures that will address critical areas such as ageism and housing.

"South Australia is the only state which doesn't offer Commonwealth Seniors Health Card holders free ambulance travel. It is a no brainer that we should - as long as the ambulance they call can get to them in time," Ms Mussared said.

"More needs to be done to support older people living in regional South Australia. We are disappointed that the issues affecting rural seniors are considered in silos. We hear about health or aged care as if jobs, transport, housing and digital access are unrelated or unimportant.

"We simply do not have a plan to meet the needs and aspirations of the 26 per cent of older South Australians who live outside Adelaide.

"We celebrate the support for free public transport on a 24-hour basis. We also need to make sure that seniors in regional SA, where there isn't a bus service, have other realistic transport options."

Ms Mussared said details, plans and real commitments to deliver housing for older South Australians who don't own a home - many of whom are older women - were also required.

"As every leader confirmed, access to safe and secure housing is a fundamental human right and it supports people to live better lives. Put simply, we need more houses for older South Australians who don't own their own home."

While all the leaders agreed about the importance of ending ageism and age discrimination, Ms Mussared said the commitment still largely seemed theoretical rather than practical.

"Older people understand how profoundly ageism stops them in their tracks. However, our political parties, like the rest of our community, still seem largely content to let ageism go unchecked.

"In South Australia, 50 per cent of voters are aged over 50 - they tell us repeatedly and frequently that ageism gets in the way of their living a full life," she said.

"It is not enough to acknowledge the impact of ageism. Beyond lip service, what will be the concrete commitments to calling out and ending this insidious and damaging form of discrimination?"

The COTA SA Leaders' Forum was livestreamed to members and the recordings are available on www.cotasa.org.au