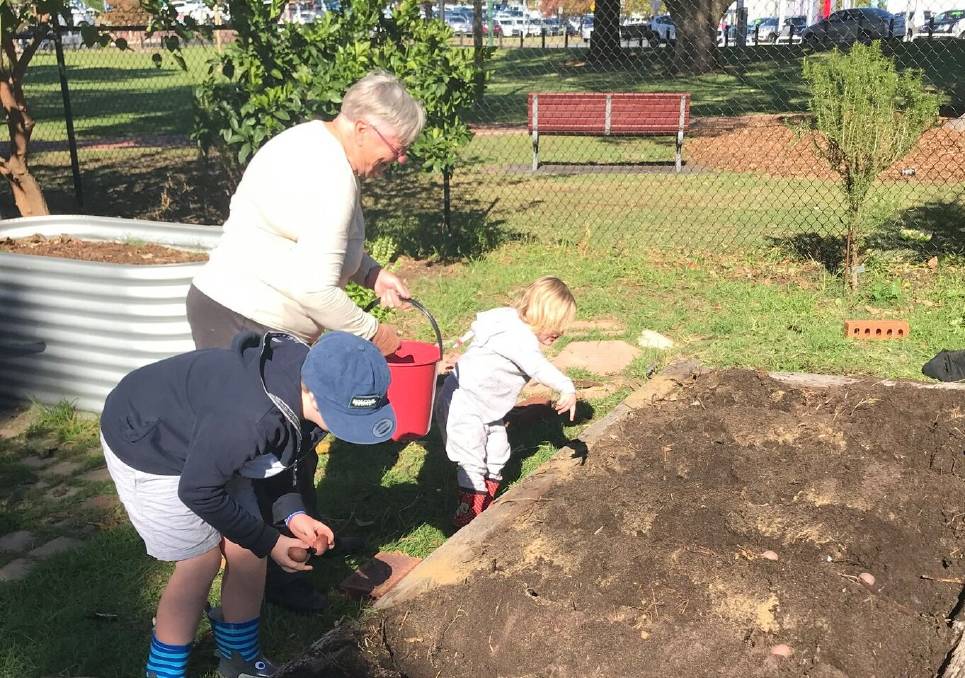 GETTING DOWN: Working in the garden. Photo: Victoria Park Community Garden

Old and young dig each other's company at a new intergenerational playgroup.

Old and young can mingle together in nature at the new intergenerational playgroup Grubs 'n' Bugs in Western Australia.

Connect Victoria Park has been awarded a grant from the Town of Victoria Park to establish the group, which targets preschool-aged children (Grubs) and their parents, and people aged 55 and over (Bugs) living in the area. The aim is to help foster connection between different age groups, which may include grandparents and their grandchildren.

Connect Victoria Park Village Hub co-ordinator Vicki Potter said participation in the group is not restricted to seniors with grandchildren or young children with grandparents.

"It is also open to those who don't necessarily have much interaction with their older or younger family members," she said.

"So we will encourage older people to come on their own and parents with young children to come and we hope to be able to create links between them.

"It has really been inspired by the ABC program Old People's Home for 4 Year Olds."

That show touched the nation's hearts, as can be seen in its ratings success: one episode last year drew 888,000 viewers.

According to Playgroup Australia, intergenerational playgroups are a win-win for young and old.

The group cites a growing body of evidence demonstrating the benefits of intergenerational programs including:

The group is based at Victoria Park Community Garden in Read Park.