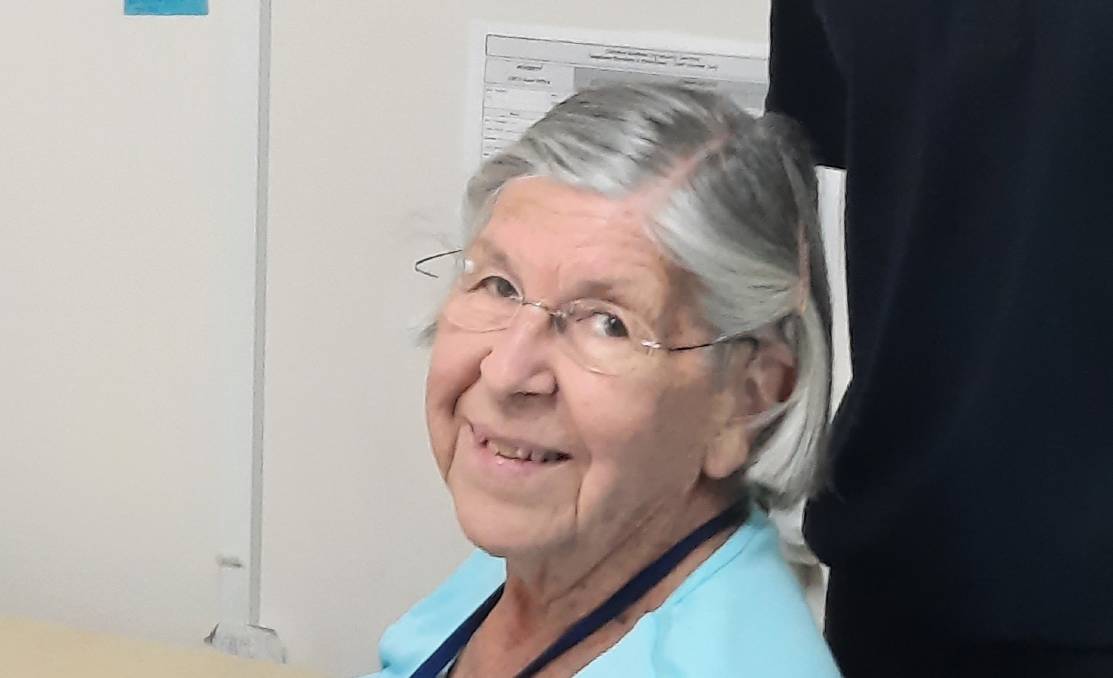 Always busy throughout her long career, Winsome's retirement will be no different.

Most people are long retired by the time they enter their ninth decade, but not so for evergreen Winsome Baker.

The 80-year-old former physiotherapist finally retired at the end of January, after a 58-year career.

Winsome estimates she has seen around 67,000 patients in her career. In that time, she has applied her skillsets to many different settings including the disability and aged care sectors.

Winsome first started along her path as a physiotherapist after her mother took her to a careers counsellor.

"I did some tests and they said I could do preschool teaching, occupational therapy or physiotherapy. I wasn't so sure," she said.

"I went to another careers seminar, saw (physios) putting on plasters, and thought 'I'd like to do that'."

Winsome was working for Cherrybrook Christian Care at the time of her retirement. It was just her latest role in what has been an incredible career.

After graduating from Sydney University, she took a job at Concord Repatriation Hospital, where she worked for three years.

After taking some time off work to focus on raising her three children, she took on a new role with what was then known as the Subnormal Children's Welfare Association - now called Challenge Community Services.

The role saw her running playgroups for children with physical and intellectual disabilities.

"In the 1960s and 70s, kids with disabilities were kind of on the outer. If you had a child with a disability, other parents would stay away because they thought it (the disability) was catching.

The role saw Winsome working at centres in Penrith, Liverpool, Merrylands and Turramurra. She used her expertise to coordinate physical activities for the children, ensure the chairs and equipment they were using was structurally sound, and select toys and equipment which were suitable and beneficial to their needs.

"I managed a toy library, anybody who wanted to take toys home could take them and bring them back the next week.

"They always brought them back (on time). They were just lovely."

Another major career highlight for Winsome was working on the School Therapy Team, which helped transition children with disabilities from special schools to mainstream ones.

Winsome was instrumental in providing advice to teachers about how to meet the needs of children with physical disabilities, as well as taking kids on excursions and camps during school holidays.

In 1991 she moved onto one of the most exciting roles of her career - working as the Custom Designed Aids service manager for Technical Aid to the Disabled, which is now known as TAD Disability Services. She served as part of a multidisciplinary team of professionals which designed and made innovative new devices to help disabled people in their day to day lives.

"We made steps kids could get up to the toilet with, brakes on walking frames, hand operated brakes on wheelchairs which weren't there (previously), adjustable beds, bikes with training wheels with springs on them so children could learn to ride.

"Another thing we made (invented) was the MLAK key, which gets disabled people into toilets."

Winsome said another achievement she was proud of was helping to form social groups which helped retirees and other volunteers from organisations she worked for to make friends.

She also started the Transport Seating Working Party, which successfully lobbied for the passage of a law which required all wheelchair accessible Taxis to have proper securing ports.

While she has now retired, Winsome won't be short of things to do. She regularly participates in a walking group, enjoys gardening, meeting friends, swimming, going to the ballet and Sydney Symphony concerts, and spending time with her family.

"I've always been busy. I don't have blood pressure problems or take any medication. I just get on and do things."