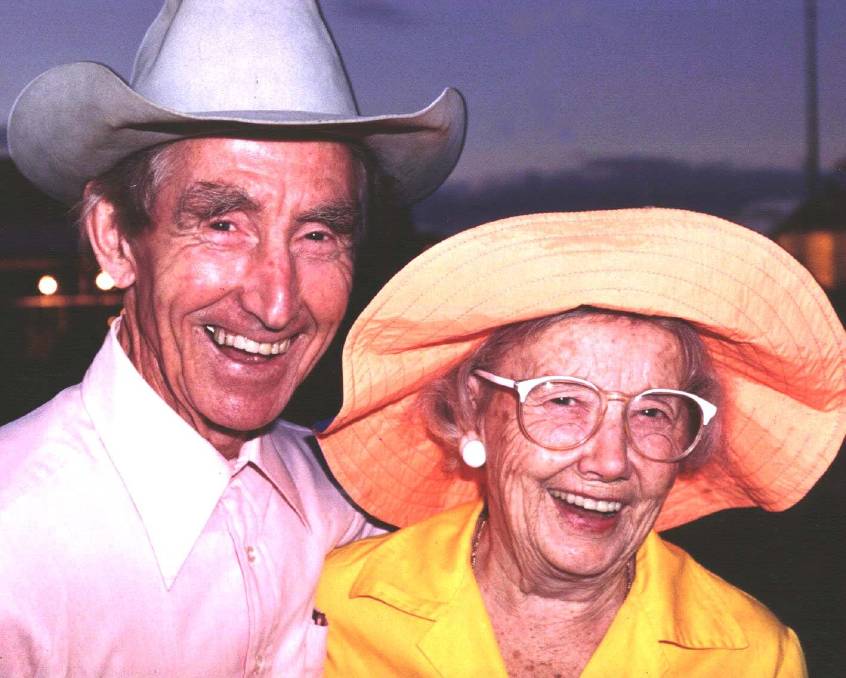 LOVE MATCH: Smoky Dawson and his adored wife, Dot. Australia's singing cowboy died aged 94 in 2008, while "Dotty" lived on to 104. Smoky's last album came out when he was 92.

THERE was never a country and western entertainer like "Australia's First Singing Cowboy", Smoky Dawson. And it's hard to imagine a performer as kind and true.

This shines through a new edition of Smoky's 1985 autobiography, A Life, which Glenn T. has updated to cover the last chapter of his life. Smoky finally rode out in 2008, aged 94.

Glenn, a playwright, actor and writer, first met Smoky and his treasured wife Dot when they lived nearby in Lane Cove, Sydney. His dad was Smoky's financial advisor.

Enthralled by the cowboy and his world, Glenn visited Smoky Dawson Ranch most Sundays with his parents.

Years later, he drove Smoky and Dot to and from events, including the Tamworth Country Music Festival.

"Whenever we got home, Dotty would be straight out of the car to put a kettle on the stove," Glenn said. "I used to say, 'Smoky, keep chatting away about things' - and he did." 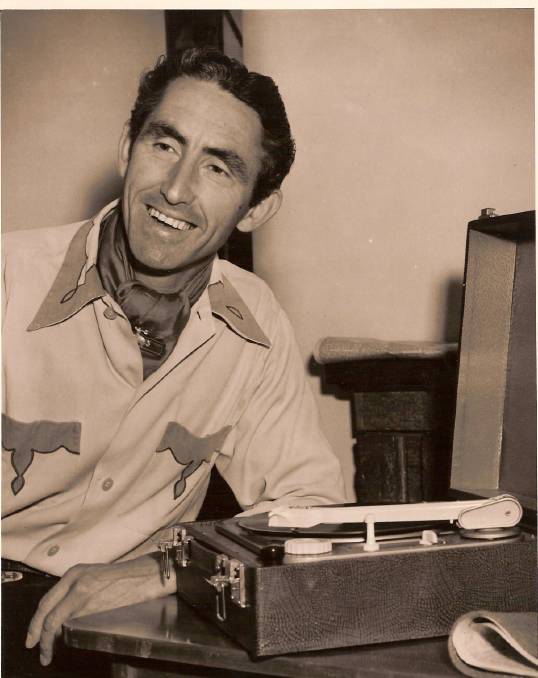 Interestingly, the couple never lived at the ranch in Sydney's north, a setting for rodeos, movies and kids' camps, where Smoky showed off his riding tricks aboard his horse Flash.

It had a homestead and they often stayed over, particularly when children were there for camps, but home was always in Lane Cove.

Smoky's love of kids was boundless. Perhaps it was because he and Dot had none of their own.

Or maybe it lay in his own childhood, which was marked by grief, hardship and a disturbed and violent war-veteran father, who beat him and his siblings mercilessly and at random.

In the end, he was sent to live in an orphanage.

Glenn said that early in life, Smoky decided not to define himself by his father.

In this, he had a stroke of luck: meeting his mentor in life, Jack Carew, who owned the farm he used to stay at as a child, "who taught him music, the art of poetry and how to be a good man".

One of Smoky's great blessings was a sincere interest in people young and old.

"I was once at an event where I told [country singer/yodeller] Mary Schneider I had been a huge fan of Smoky since I was a child, and was excited to meet him.

"But she said: 'He would have been just as excited to meet you.' And she was right: he was such a conversationalist and loved to learn about people.

He said Smoky was a "very true and sincere person".

"He was always bright, always chirpy and just saw the good in people. He never said a bad word against anyone," he said.

"I think that because he'd seen so much darkness as a child that he now spent his life seeing the beauty in the world, the beauty in people."

Glenn said Smoky was a horse whisperer long before anyone had heard the term. "The things he could do in rodeos, his riding tricks - there was nothing he couldn't teach Flash to do.

"But he also pointed out that he never hit Flash or caused him any grief. Breaking in a horse in those days meant breaking his spirit. But Smoky never did that with Flash. It was always just encouragement, a carrot and making people happy.

"Smoky loved that horse - they were together 35 years."

Smoky's kept up his support for kids in later life, chiefly through the Bear Cottage hospice. In 1993, aged 80, he was the first to answer the call to join the Bear Cottage Celebrity Cavalcade, in which a cast of stars toured NSW and Queensland raising finds to build the facility.

In 1995, on behalf of Bear Cottage, he released the LP Smoky Dawson and Friends: Ridin' All OverAgain, featuring duets with old mates like Slim Dusty and Reg Lindsay. But such was the affection for him by all ages that many younger artists - including jimmy Barnes - joined them.

Glenn sums up Smoky well in the sub-heading "A Man Without Ego". One story illustrates this touchingly.

Smoky had been struck by a car and was resting in hospital: "... A young nurse entered his room early the following morning. 'Good morning, Smoky. How are you feeling?', she enquired. 'Oh dear, I'm not Smoky,' came the soft reply. Then, referring to his clothes, boots and Stetson that had been placed on a chair in the corner, he said, 'That's Smoky, I'm just little old Herb' ".

But for more on that, you'll just have to get the book!

Smoky Dawson - A Life, with a new chapter by Glenn T; $49.95. Sold in stores or at www.imprintinprint.com