Two different treatment pills are expected to arrive in Australia in the next few weeks.

Two different COVID-19 treatment pills have now been approved for use in Australia.

Health Minister Greg Hunt was joined by Professor John Skerritt, national manager of the Therapeutic Goods Administration, on Thursday to announce that the government has secured 500,000 courses of Pfizer's Paxlovid pill and 300,000 of Merck's Molnupiravir - or Lagevrio - pill.

The first shipments are expected to arrive in February.

"It's common and it's an ideal situation in medicine [...] to have a selection of medicines, because there will be times when one is indicated for certain patients, and another for another group of patients," Professor John Skerritt said.

The pills are, obviously, orally-administered, so it's the hope that hospital beds will be freed with severely ill patients able to be treated at home.

At the moment, severe illness is being treated primarily through intravenous infusions.

"Both drugs do work by preventing the virus from going on to replicate and make more of it of itself," said Professor Steven Tong from The Peter Doherty Institute for Infection and Immunity.

Associate Professor Andrew Rowland from Flinders University explained that, unlike the vaccines and previous treatment options, these pills do not target the spike protein of the virus.

Molnupiravir - which was originally announced as a treatment option back in October 2021 - attacks the machinery of the viral genome. Meanwhile, Paxlovid targets the viral protease.

"This means that Paxlovid is less likely to lose efficacy due to mutations in the spike protein, which to date have been associated with the major variants (including Delta and Omicron)," Professor Rowland said.

Though, as the cases continue to rise across the nation, Professor Tong indicated there could end up being a supply issue once the drugs arrive on Australian shores.

Professor Rowland warns that the Paxlovid drug may also put a strain on the healthcare system's financial resources, being that it is currently an expensive option.

"Currently a disproportionate number of patients being treated for COVID with monoclonal antibodies in the community, being admitted to hospital, and requiring ICU beds are unvaccinated.

"The expense of supplying Paxlovid to these Australians will place a further burden on an already overstretched healthcare system."

But the drugs are showing promise at least in their treatment of the virus.

In clinical trials, the drugs have shown promise in reducing the risk of hospitalisation by up to 90 per cent against the placebos. 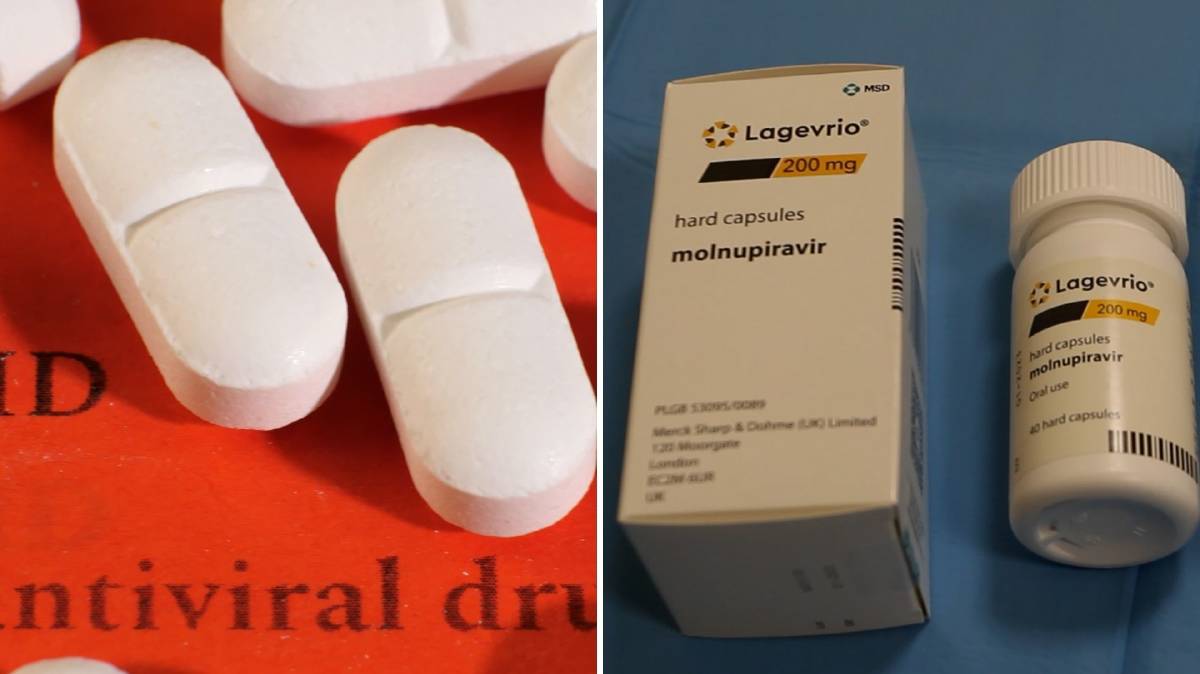 Evidence would so far suggest that the best outcomes occur in people who have been prescribed the pills within the first five days of symptom onset.

"They work best when the virus is trying to make more of itself early on in the disease course," said Professor Tong.

"And the trials where they've been shown to be effective have mainly been in those who are at high risk for developing complications or more severe disease.

"So it's probably actually a bit late by the time someone has developed severe COVID because the replication phase isn't so important that ten days from symptom onset. So it's really early on in the disease and for those who are at risk of developing more severe disease."

Though the rollout of the pills is unclear it is hoped that GPs and pharmacists will be able to dispense the medication.

There will need to be at least some doctor consultation before prescription, because it's so far known that the Paxlovid pill can interfere with certain other commonly-used medications.

But overall, Dr Paul Griffin from the University of Queensland describes the new treatments as the "missing piece to the puzzle".

"While both are antivirals, there are some subtle differences in how they work and in exactly who they are best for particularly given one of them can have significant interactions with many other medicines," Dr Griffin said.

"In many ways, in my opinion, the availability of effective oral medications to treat this virus has been perhaps the missing piece of the puzzle in our efforts to optimise our tools to manage this pandemic."

Following National Cabinet's meeting on Thursday, Australia's Chief Medical Officer Professor Paul Kelly was questioned on the efficacy of the new pills in comparison to other treatments, including the maligned ivermectin and hydroxychloroquine.

"These, unlike ivermectin and hydroxychloroquine, have gone through a rigorous clinical trial process and been proven to be effective and safe," Professor Kelly said.

Professor Tong went further to explain that the approved drugs have consistently tested well in randomised clinical trials, whereas the others have not.

"So these two pills, both Paxlovid and especially Molnupiravir have been shown in really well-conducted clinical trials to be very effective in reducing the risk of hospitalisation," Professor Tong said.

"We don't have any such data for ivermectin and we certainly don't for hydroxychloroquine. The data would suggest even the opposite with hydroxychloroquine, so we're really talking about completely different things.

"These new drugs are clearly proven to be beneficial and then the other drugs do not have any such evidence base to support them at this stage."

The story Everything you need to know about the Paxlovid COVID pill first appeared on Newcastle Herald.