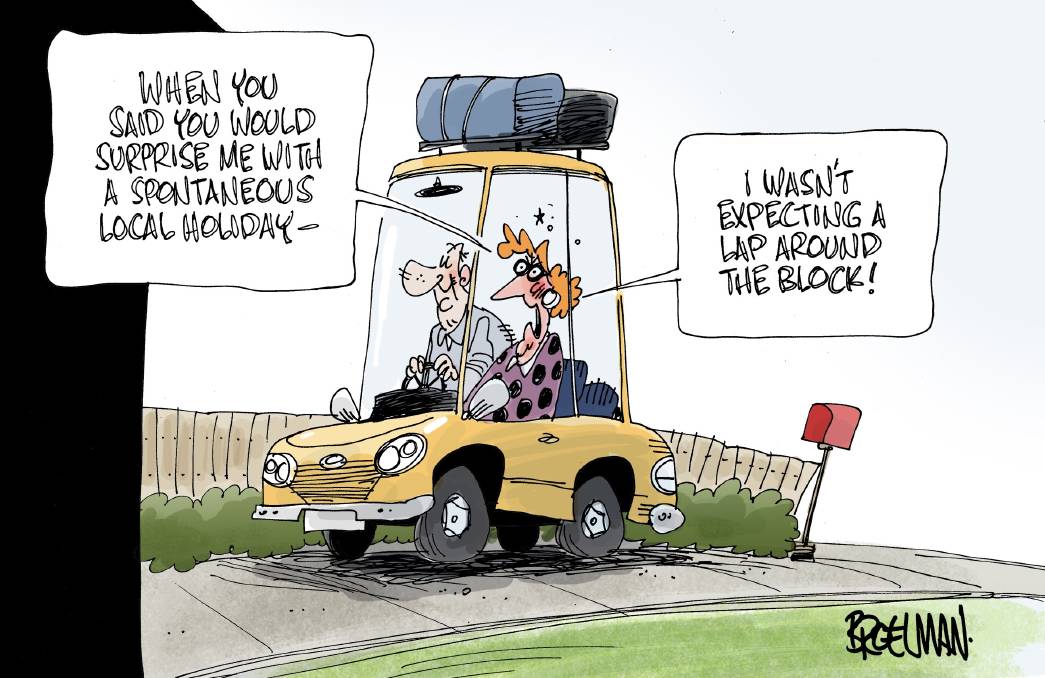 IT IS interesting to see different interpretations of the same thing. According to some news reports, the anti-vaxxers' protest rally was a bunch of rabid so...

IT IS interesting to see different interpretations of the same thing.

According to some news reports, the anti-vaxxers' protest rally was a bunch of rabid so-called humans ready to destroy the world with their crackpot ideas. Whereas, the same rally I attended to protest against Premier Andrews' "pandemic bill" was a lovely, peaceful rally with families, people of all ages and creeds who mainly believed that the bill with no checks and balances gave the Premier too much power.

For over nine months, the federal Attorney-General Michaela Cash has refused to release the data from the National Prevalence Study on the Abuse of Older People (The Senior, December).

Has the present Attorney-General done anything in relation to these two matters of urgency?

It appears that she (and the Morrison Government) is delaying, and delaying, as she continues to still hide behind that whiteboard.

It's just not cricket

Test cricket has been played successfully for many years. There has always been human error from batsmen, bowlers, fieldsmen, commentators and umpires but despite these errors there has been great cricket. Now they want to introduce technology, which also has errors. Why make changes to a game that has thrilled the world for over 100 years. And why make umpires like me lose our confidence?

Give us a fair go

Good news - another 41,000 people able to access a Home Care package in 12 months (The Senior, January 2). But what about carers' wages in the face of the "unprecedented labour shortages"? The Royal Commission said government, unions and employers should collaborate on seeking a wage increase. The Government ignores this and continues to sit on its hands. Meanwhile a wage claim before the Fair Work Commission just inches along until at least July 2022 and maybe beyond.

Why all the fuss? It's just a game. You bounce the ball a couple of times then you hit it. Sometimes it is in and sometimes it is out. This is a clear analogy for life. Thank you Novak for taking the case numbers for COVID out of the headlines for a hot minute. Life is now much more exciting. We are getting good at deportations.

Novak is not just the best tennis player in the world. He is the richest with a net worth or more that $200 million. I know having different rules for different folks does not pass the pub test, however it is just a game and maybe it's the rules that are to blame for this whole shemozzle. Straight sets to Novak.