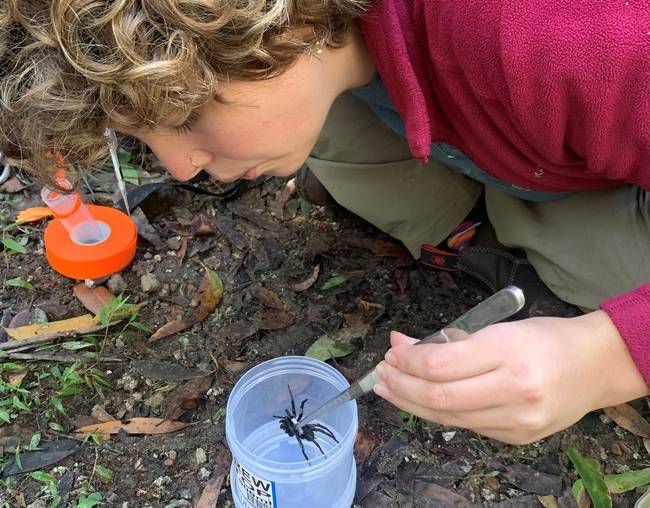 HOT ON THE TRAIL: Caitlin Creak is chasing funnel-web spiders.

While most of us run from funnel-web spiders, Caitlin Creak is hot on their eight legs

While most of us live in fear of the creepy crawly known as the funnel-web spider, Caitlin Creak can't get enough of them.

And sometime this summer, Ms Creak will be tacking tiny tracking systems slightly larger than a rice grain to the heads of eight male Sydney funnel-web spiders (Atrax robustus) to see where they wander at night.

"Because this is a dangerous species, I do gas them first," Ms Creak, a PhD candidate in UNSW Science's School of Biological, Earth and Environmental Sciences, said.

"I use carbon dioxide to knock them out, then while they are asleep or groggy, I will gently pin their legs down with a piece of sponge shaped like a doughnut, then position their cephalothorax (the 'head') in the hole of the sponge and use a small amount of super glue to attach the tracker to his head."

The sponge will then be removed from the fully awake "and rather unimpressed spider", who recovers while the glue cures, before being released into the wild the next day. 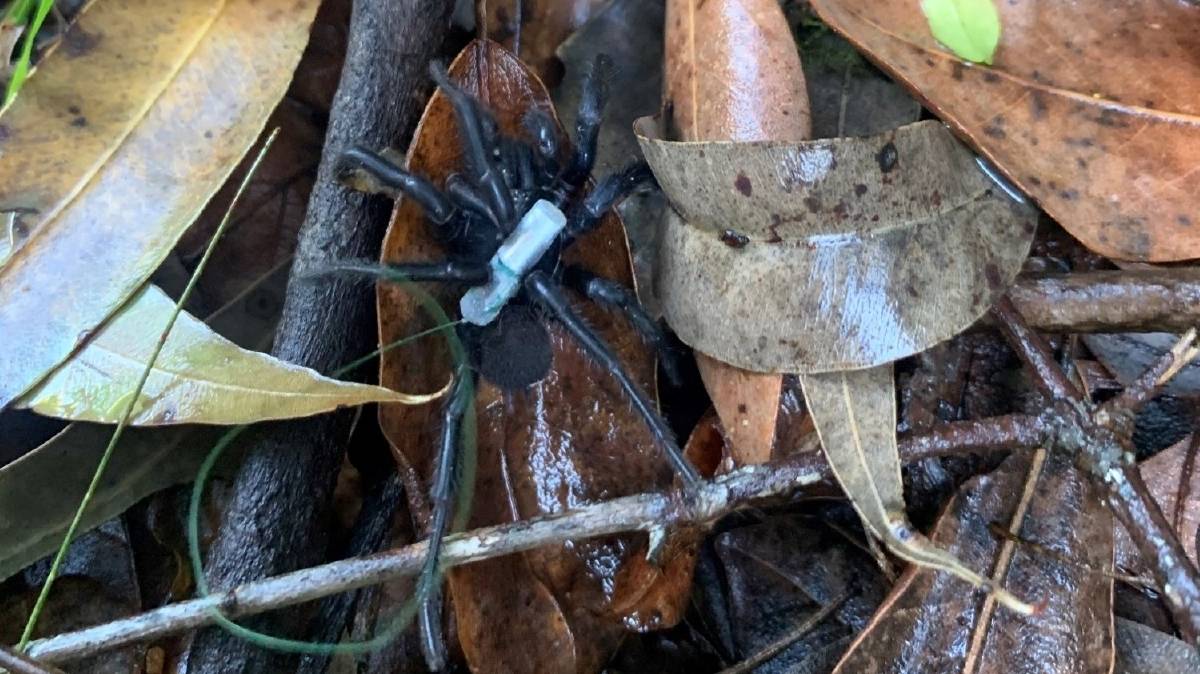 ON TRACK: One of the Sydney funnel-web spiders with the tracking device.

"I have learnt so far that our males are visiting multiple burrows per season, the females are mating multiple times, and that the boys in Lane Cove National Park don't need to go far to find a mate," Ms Creak says.

"Great news for them, and us."

Ms Creak's project will hopefully inform how far mature Sydney funnel-web spiders will travel in a season, and if weather and environmental conditions impact their movement.

"This will help us to predict big or small Sydney funnel-web spider seasons and therefore human exposure to them," she says.

According to the Australian Museum, the male Sydney funnel-web spider is probably responsible for all 13 recorded deaths from Funnel-web spider bites, and many medically serious bites.

"This remarkable spider has become a part of Sydney's folklore and, although no deaths have been recorded since the introduction of an antivenom in 1981, it remains an icon of fear and fascination for Sydneysiders," the Australian Museum states.

During Ms Creak's tracking project, the spiders' whereabouts are monitored using the tiny telemetry tracking devices, a receiver and antenna. The telemetry tracking uses radio frequency to relay beeps as the researcher gets closer to the spider. Ms Creak will then use a tape measure to record the distance the spider travelled overnight, as well as marking their location each day with GPS coordinates.