What do Gotye's 2011 hit Somebody I Used To Know and Kevin Rudd's apology speech have in common?

They've both been added to the National Film and Sound Archive's Sounds of Australia list. Wally de Backer (aka Gotye), Kevin Rudd and Ben Chifley are among the entries in this year's Sounds of Australia list. Pictures: Rohan Thomson, Supplied

The two recordings join eight other new additions to the list, including Heading in the Right Direction by Renee Geyer, a collection of recordings from Sydney's first gay and lesbian radio program, Gaywaves, the Man from Snowy River soundtrack and Where the dog sits on the tuckerbox, by Jim Davidson's Dandies and Dick Cranbourne.

Each of the additions to the list - both this year and in previous years - were nominated by the public and chosen by the archive because of their significance to Australian culture or because they highlight some of the forgotten stories from the country's history.

When it comes to the inclusion of Gotye's song, which features New Zealand singer Kimbra, it was chosen due to the impact it had not only on the charts - both in Australia and internationally - but also for the impression it left on social media.

"This is an interesting one because it came out in 2011. Given that we have a rule that it has to be 10 years old or older, it's made it on the list in the first year it was available," National Film and Sound Archive curator Thorsten Kaeding says.

"That just goes to show what an impact it had when it came out, not only as a song, but as a social media phenomenon, and a YouTube sensation.

"I think culturally it demonstrates how music changed in that period. And that's the period we're still living in now where online is where songs are really made and this one just went completely viral."

On the other end of the spectrum - and an example of how diverse the "sounds" of Australia can be - is the recording of former prime minister Kevin Rudd's Apology to Australia's Indigenous Peoples, which he made on February 13, 2008.

"There are a few events that it captured just by a title - if you say the apology, everyone knows what you're talking about. That's the impact it had," Kaeding says.

"Although a lot of people would have experienced it through television, a huge number of Australians also experience it through radio, and it highlights the importance of radio and the impact it has on people's lives."

It is one of two political recordings in this year's additions - the other being the first parliamentary sitting broadcast from May 8, 1945, which sees the then-acting prime minister Ben Chifley make the victory in Europe announcements for the end of World War II's hostilities in Europe. It would be more than a year later that regular parliamentary sittings would be broadcast.

"Before this parliamentary speeches were reenacted in a radio studio so they weren't the ones from the floor of parliament," Kaeding says.

To nominate a sound for next year's list, go to nfsa.gov.au.

The full list of 2021's Sounds of Australia inductees 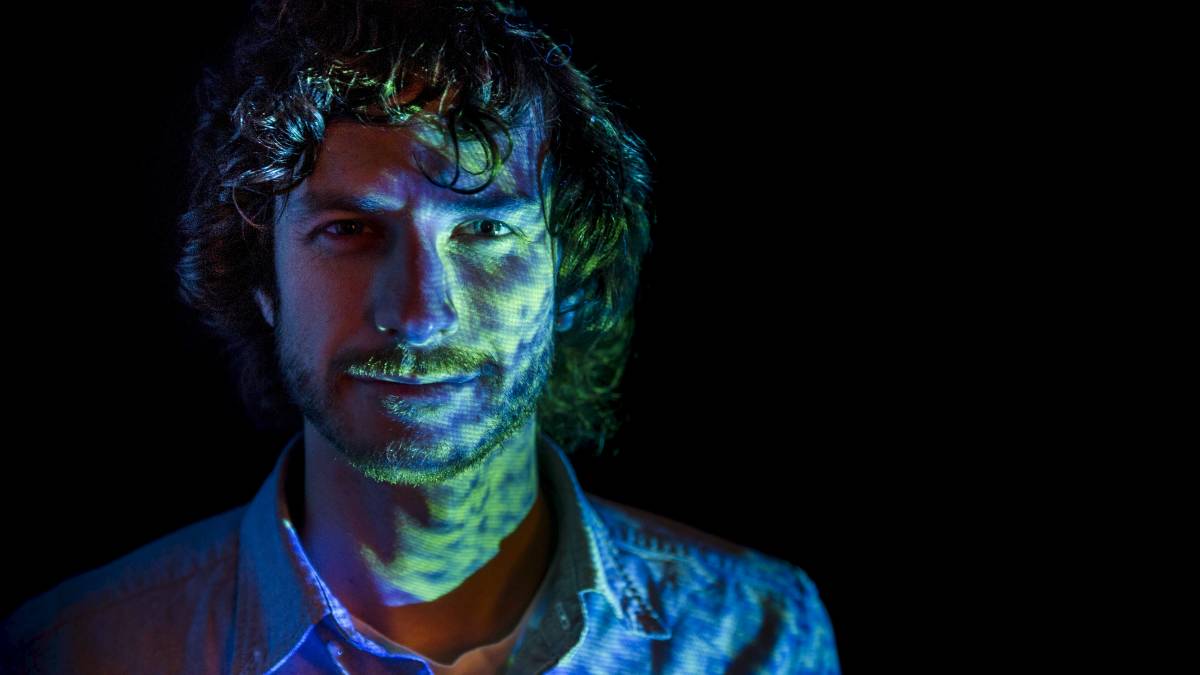 Somebody That I Used to Know is a song written by Belgian-Australian singer-songwriter Gotye (Wally de Backer), featuring New Zealand singer Kimbra. The song was released in Australia and New Zealand by Eleven Music on July 5, 2011 as the second single from Gotye's third studio album, Making Mirrors (2011). It was later released by Universal Music in December 2011 in the United Kingdom, and January 20, 2012 in the United States and Ireland. Somebody That I Used to Know was written and recorded by Gotye at his parents' house on the Mornington Peninsula in Victoria, Australia, and is lyrically related to the experiences he has had with relationships. In Australia, the song won the Triple J Hottest 100 poll at the end of 2011, as well as ARIA Awards for song of the year and best video, while Kimbra was voted best female artist and Gotye was named best male artist and producer of the year. The song came 9th in the Triple J Hottest 100 of the Past 20 Years, 2013. In 2013, the song won two Grammy Awards for Best Pop Duo/Group Performance and Record of the Year. 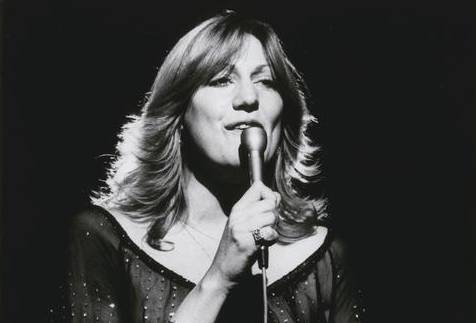 Heading in the Right Direction is an Australian song written by Garry Paige and Mark Punch. It was first recorded by the Johnny Rocco Band in 1975 and made famous by the Renee Geyer Band later that year. Geyer's version was released in December 1975 as the second single from her third studio album Ready to Deal. It became Geyer's first top 40 single, peaking at number 31 on the Kent Music Report, and has been one of her signature songs.

Gaywaves was Sydney's first gay and lesbian radio program. It was considered groundbreaking when it went to air in November 1979, at a time when homosexuality was still illegal in NSW. Initially broadcast as a half-hour pre-recorded program on Wednesday evenings, it shifted to Thursdays in early 1980 and was extended to a three-hour live weekly broadcast. The program covered events such as HIV/AIDS rallies, Mardi Gras festivals, music, talkback, news and current affairs, and radio drama serials. 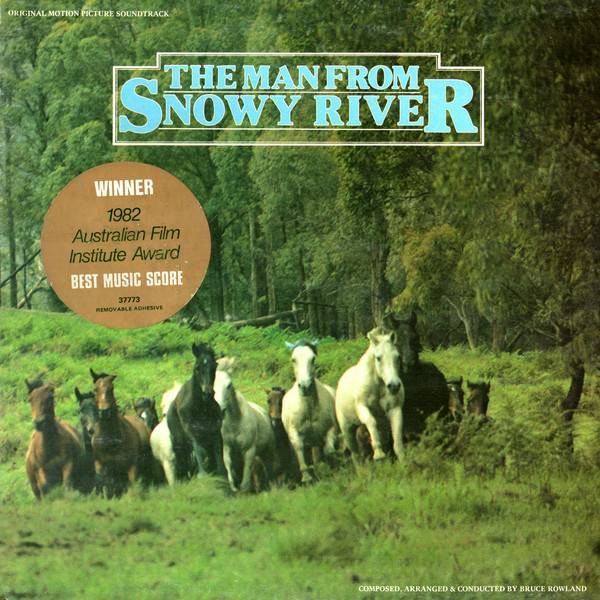 Bruce Rowland (1942-) is an Australian composer, arranger and conductor, best known for his work composing for films. In 1982, he composed the soundtrack for the movie The Man from Snowy River and conducted the orchestra during the recording of the album released by Festival Australia. The soundtrack peaked at number 48 on the Australian Kent Music Chart. Rowland composed a special Olympics version of the Main Title theme for the 2000 Summer Olympics opening ceremony, and both the Main Title and Jessica's Theme, were reprised as part of the cast album soundtrack of the 2002 musical The Man from Snowy River: Arena Spectacular. Howard went on to compose the soundtracks for numerous movies in the 1980s and 1990s, including the sequel The Man from Snowy River II (1988). 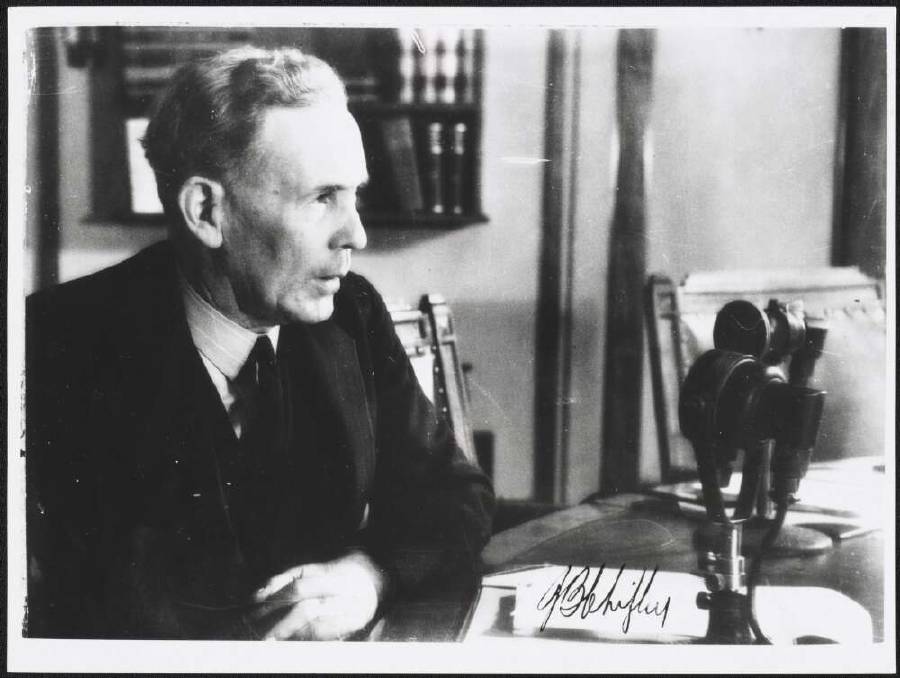 Parliamentary announcements of the Victory in Europe : First parliamentary sitting broadcast - May 8, 1945

This recording of Victory in Europe or VE Day Federal Parliamentary announcements of the end of World War II hostilities in Europe, was the first parliamentary sitting broadcast in Australia. The recording features a description of the scene in Parliament House, Canberra, as members are called to the chamber, Speaker of the House of Representatives, John Solomon (Sol) Rosevear announces both politicians the acting Prime Minister and Leader of the Opposition, Ben Chifley and Robert Menzies. Regular Parliamentary sittings weren't broadcast until July 10, 1946.

The Absent Minded Beggar is a patriotic poem written by Rudyard Kipling in 1899 in order to raise money for soldiers fighting in the Second Boer War. It was set to music by Sir Arthur Sullivan. The Absent Minded Beggar Relief Fund or Transvaal Patriotic Fund managed to raise about £250,000 for soldiers and their families, including by selling the poem, sheet music and through royalties from performances of the song. John J. Virgo, evangelist and secretary of the YMCA in Adelaide, is known to have performed The Absent Minded Beggar on three occasions: at the Adelaide Show on February 29, 1900 and at Grand Military and Patriotic Concerts on January 27, 1900 and February 4, 1900. This recording was made at the music store Reeves and Co. in Adelaide. It is presumed that J.J. Virgo recorded the song onto cylinder so it could be sold to make money for the fund. It is possible that he made multiple copies on cylinder to sell. This cylinder was part of a collection of wax cylinder recordings made or collected by Thomas James Mitchell, the majority of which are stored at the State Library of South Australia. Thomas James Mitchell was born in London 1821, arrived in Adelaide, Australia in 1839. Worked at the Bank of Australia for 47 years until 1886, including as a branch manager for nearly 20 years. He was a loyal member of the Methodist Church, working as a superintendent of various Sunday schools and trustee of many church properties.

Where the dog sits on the tuckerbox, Jim Davidson's Dandies and Dick Cranbourne (Jack O'Hagan) - 1938

This recording features Jim Davidson's Dandies with vocalist Dick Cranbourne (1905-1971) performing Jack O'Hagan's Where the dog sits on the tuckerbox. The subject of the song, The Dog on the Tuckerbox is an Australian historical monument and tourist attraction, located at Snake Gully near the NSW town of Gundagai. Jack O'Hagan's song was published in 1937, with this recording released the following year by Regal Zonophone. James Hutchinson (Jim) Davidson (1902-1982) was born in Bowral, NSW, and was the leader of one of Australia's most successful dance bands of the 1930s. Davidson was a drummer and had previously been a member of Jimmie Elkins' orchestra, before leading his own orchestra in seasons at the Palais Royal dance hall in 1933-1934 and 1936, with Thursday evenings broadcast live on 2UE, and Palais de Danse at St Kilda, Melbourne, in 1933. In 1936 Davidson signed a contract with the Australian Broadcasting Commission, performing with his expanded orchestra, renamed Jim Davidson's ABC Dance Band, over the national network to all states. 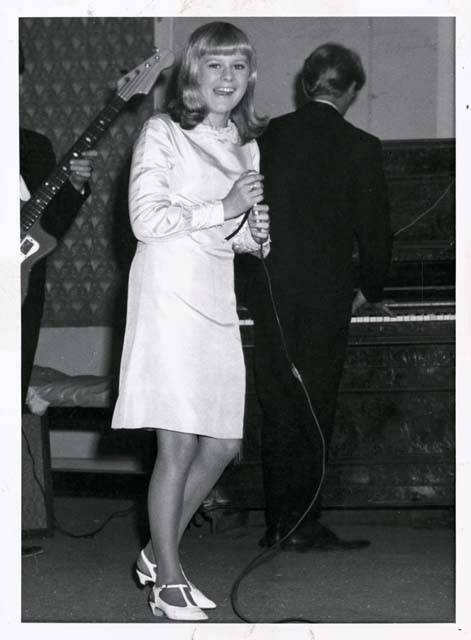 Patricia "Little Pattie" Thelma Thompson (née Amphlett) (1949-), is an Australian singer who performed as a teenage singer in 1960s surf pop and then in adult contemporary music. Her debut single from November 1963, He's My Blonde Headed, Stompie Wompie, Real Gone Surfer Boy, achieved No. 2 chart success in Sydney and peaked at No. 19 on the national Kent Music Report. Released with Stompin' at Maroubra, both co-written by Jay Justin and record producer Joe Halford, in the surf music style for the short-lived dance style craze that was known as The Stomp. In the late 1960s Little Pattie appeared regularly on television variety programs, including Bandstand and toured supporting Col Joye and the Joy Boys, and entertained troops during the Vietnam War. 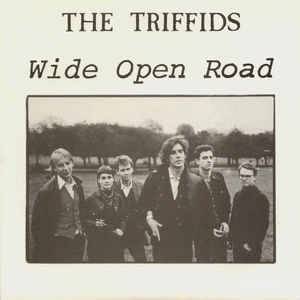 Wide Open Road is the lead single from The Triffids second studio album Born Sandy Devotional. Wide Open Road reached No. 26 on the UK Singles Chart in 1986, and No. 64 on the Australian Kent Music Report Singles Chart. The song explores some of the band's key motifs, physical spaces and emotional dislocation, songwriter David McComb said it evoked a particular stretch of highway - but Wide Open Road is ostensibly about the pain and uncertainty set loose at the end of a relationship. In May 2001 the Australasian Performing Right Association (APRA), as part of its 75th Anniversary celebrations, named Wide Open Road as one of the Top 30 Australian songs of all time. 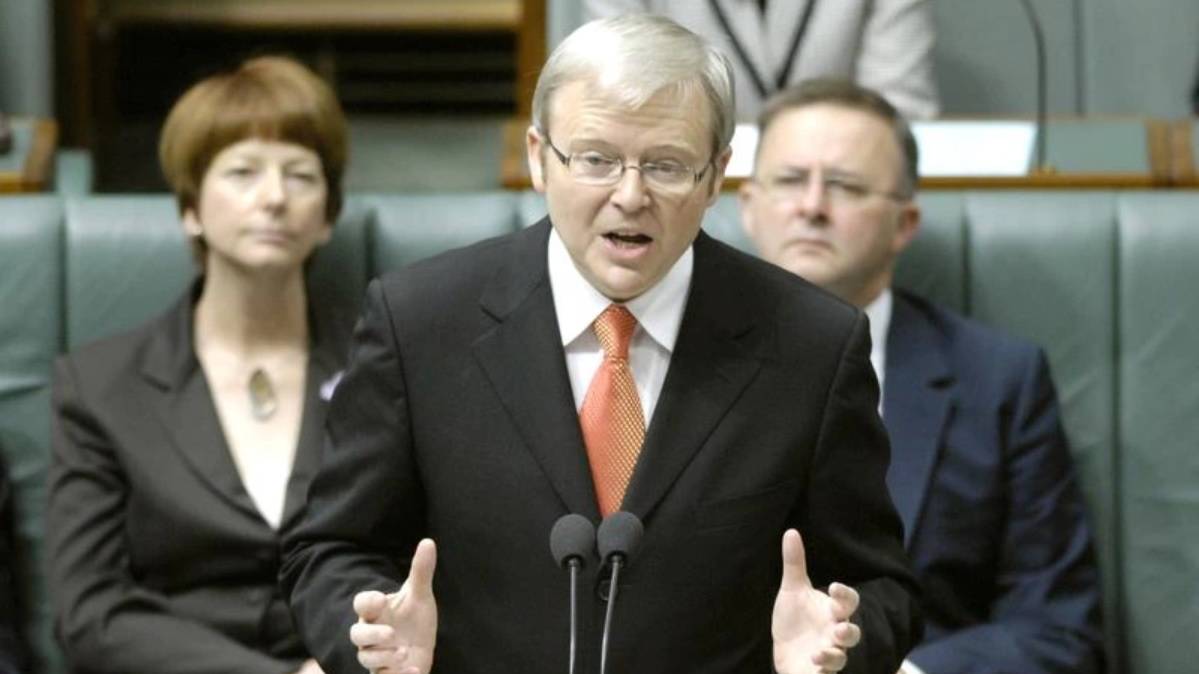 On February 13, 2008 Prime Minister Kevin Rudd made a formal Apology to Australia's Indigenous Peoples, particularly to the Stolen Generations whose lives had been blighted by past government policies of forced child removal and Indigenous assimilation. The journey to national apology began with the Bringing Them Home report - the findings of an inquiry instigated by the Human Rights and Equal Opportunity Commission in 1995. In 2007 the Labor Party under Kevin Rudd won the federal election and took office. It supported making a formal public apology to the victims of forced child removal, especially the Stolen Generations. The apology was the first item of business when parliament opened in 2008 and was witnessed by the thousands of people gathered in Canberra for the event and was broadcast all over the country.

This story first appeared on The Canberra Times