When you love a game as much as Terry Minton loves football, you just can't kick it. 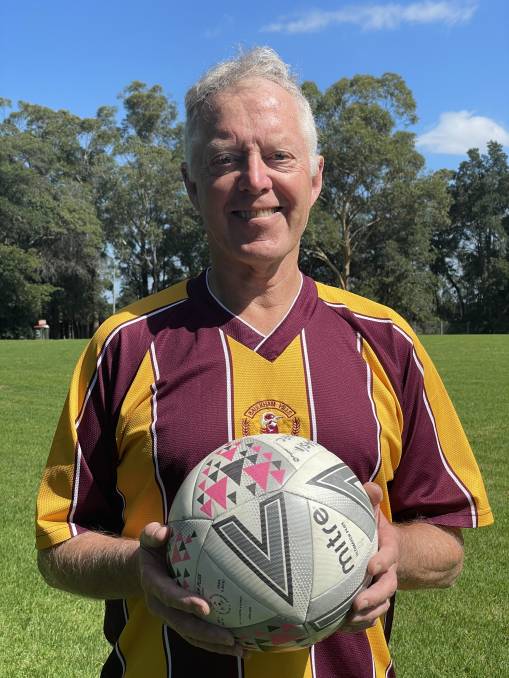 IF you love the game of football, but feel you're a bit old to play, Terry Minton has a simple message - when there's a will there's a way.

He is also a member of OASIS (Older And Still Into Soccer) Masters Football Association. The new organisation provides opportunities to seniors who love the game to play running football.

English expat Terry has had a passion for the game since his father took him to watch Tottenham Hotspurs play at White Hart Lane when he was around seven.

He stopped playing as an adult to focus on work and family, but decided to return to the game after his son turned 21.

"I joined the over 45s two years ago. Before that, I was with the over 35s, but they were getting a bit too quick for me," he said.

"I think I'm still pretty fit and I thoroughly enjoy it."

Terry said he was far from the only senior player at the club, which boasts a number of other players in their 50s and 60s.

"Last year we actually had a team that consisted mainly of the older generation of players who still wanted to play football.

"The good thing about these games is, you have a number of players in the team, usually about 18. You can run on for as many minutes as you like, then go have a rest and come back on again."

Terry couldn't speak highly enough of his club. Not only is he a keen player, he is a member of the club's committee and helps mark out its five fields every Friday.

"I've been with Baulkham Hills for such a long time now, it's like a family. You meet so many great people and make so many lovely friends. It's magnificent."

He was also full of praise for the OASIS Masters Organisation for offering opportunities to senior players who missed the game and camaraderie.

"I think it's a really good venture to help older people who still love the sport and still want to play.

"We've also been trying to get our local Hills Association to form an older age group, maybe over 55s, so people who are not as mobile as they used to be can still enjoy playing sport they love.

"It's very good for mental health, the fact you're not feeling like you're all by yourself, that you've got something to do besides getting out of bed.

"It's a great feeling to know you've got other people you can relate to, a great big circle of friends."

Terry added he was very grateful to his wife Lorraine for being supportive of his desire to keep playing the game he loves.

OASIS (Older And Still Into Soccer) Masters Football Association is an incorporated organisation made up of more than 15 community groups that play over 60s football.

These groups are based in Newcastle, Canberra, the NSW South Coast and all areas of Sydney. The organisation has also received interest from groups in Tasmania, Melbourne and Brisbane.

The group acts as a voice for the promotion of full field 11 v 11 running football for over 60s and expects to attract over 1,000 players.

It held its first over 60s gala day in December, hosted by the Baulkham Hill based team the Hillsbillies at Ted Horwood Reserve.

OASIS is also looking to send teams to World Masters Games competitions in the future and a number of its players will compete at the Australian Masters in April.

OASIS president Keith Pierce, who is still an active player at the age of 68, said the organisation was currently seeking sponsorship to help achieve its goals.

"It is the objective of OASIS to foster such positive psychology and culture by using football to promote and improve the wellbeing of the older community groups across Australia," he said.

For more information on upcoming OASIS events and tournaments and how to get involved, call 0419-528-618 or click here. If you're interested in joining the Hillsbillies email hillsbillies60s@gmail.com.