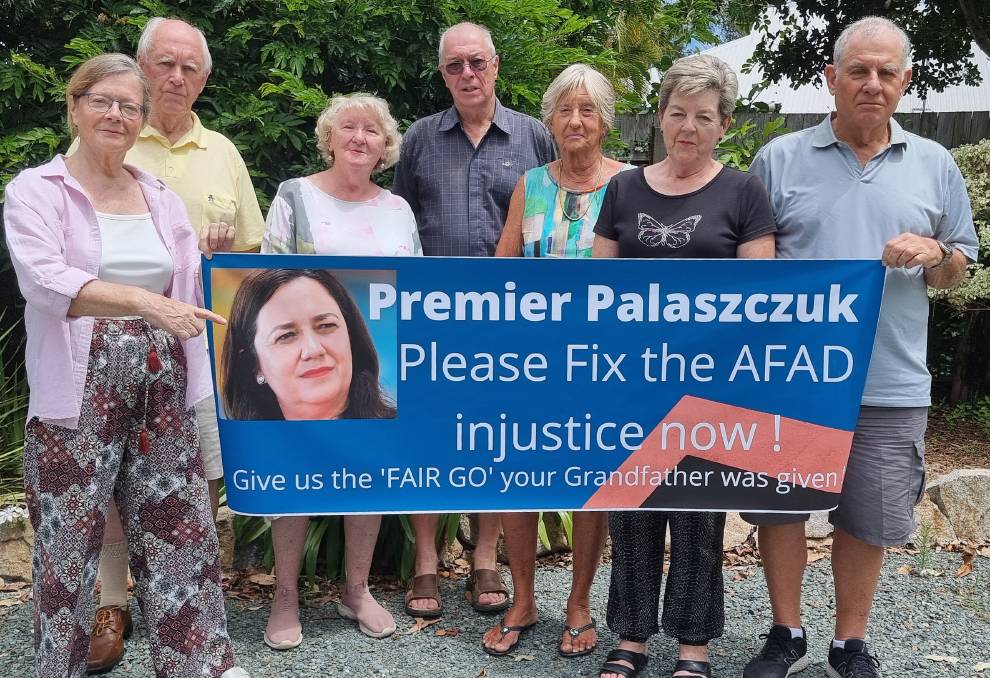 Queensland residents are taking a stand over what they say is an unjust property tax.

A group of older Queensland residents is taking on the state government over what they say is an unjust property tax.

There are around 1000 holders of 410 and 405 Retirement Visas in the state. The visas confer temporary residency and are rubber-stamp renewable every 10 years.

Aged in their 70s, 80s and 90s, most are British expats who came to Australia to retire. They are totally self-funded and are not eligible for any Australian or Queensland benefits such as Medicare or pensions. Most own their own homes and plan to live in the state for the rest of their lives.

Many want to downsize to smaller, senior-friendly houses, while using left over money to help fund their retirement. However, this has become financially difficult as they not only have to pay stamp duty, but also Additional Foreign Acquirer Duty (AFAD) - a 7 per cent impost on the value of the property.

The foreign acquirer duty was introduced in 2001 to curb the purchase of properties by speculating overseas investors and applies to non-Australian citizens or permanent residents who buy a property in Queensland. A campaign by the group British Expat Retirees in Australia has failed to sway the state government.

In a letter to Queensland MPs, the group writes: "It is understandable that AFAD is applied where wealthy foreign investors, having no intention whatsoever of calling Australia home, simply try to make profit on a speculative basis by buying Australian property. After all, they are made aware of the rules before any purchase is made and then have a free choice as to whether to invest here.

"In the case of Retirement Visa holders, they are already long-term property owners and any 'downsizing' through necessity, or simply to move home through choice, will result in a significant and grossly unfair financial penalty."

BERIA Queensland group co-ordinator Vic Jakes said the government could not possibly justify treating its members like foreign property speculators as they had their permanent homes here and contributed socially and economically to the local community for nearly 20 years.

In responses from the government, the group has been told there are pathways to permanent residency, but this can cost up to $100,000 per couple, which most cannot afford, and take four years, and some applicants may be considered medically unfit. A slower pathway to residency costs $6000 but takes more than 10 years and many of the retirees fear they will not live long enough or their health will fail while they wait.

The group believes the state government's intransigence makes little financial sense given the small amount of revenue likely to be raised by the AFAD measured against what the government loses in the stamp duty the retirees would pay if they felt able to downsize, not to mention the value of freeing up larger properties for families to live in and the stamp duty revenue the government would make on these when they were subsequently re-sold.

NSW abandoned taxes similar to this in 2019 and 2020 after a campaign by BERIA members in that state.