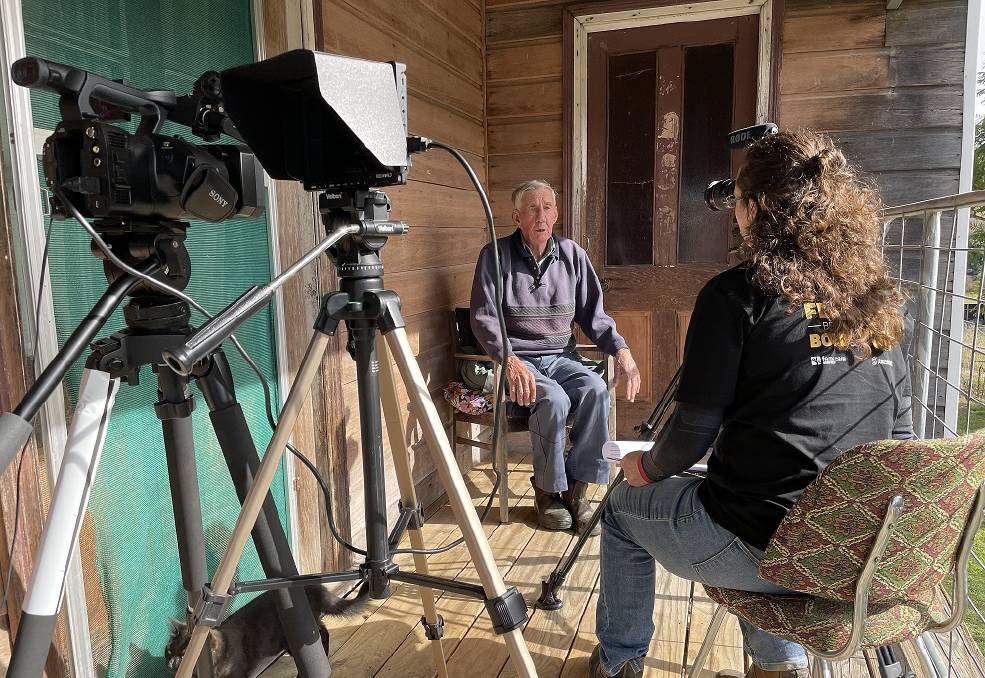 Stockman Kelvin Gregory's 'have a go' attitude and refusal to hang up his riding boots at the age of 78 has landed him a starring role in a short film series titled 'Anything But Retired'.

The third season in the Fearless Films franchise by Feros Care and Screenworks Australia documents the lives of five seniors who are challenging conventions, smashing stereotypes and making bold contributions to society.

Kelvin's love of campdrafting and his commitment to keeping the great Australian sport alive sees him dedicate his time to training young riders, while simultaneously imparting important life lessons.

"There's a certain amount of discipline that goes with it - you've got to carry yourself, you've got to look after your pony, you've got to be presentable," Kelvin tells filmmaker Anne Keen, co-founder of Treechange Films and journalist at the Gloucester Advocate.

"Campdrafting is an offshoot of our everyday life here on the land. Learning it is no different to an apprenticeship at a shop in town."

Kelvin grew up on the NSW coast, reared as a fisherman and boatman, but it was the land he loved so he found a job on a dairy farm in Gloucester, in the state's Mid North Coast, and he's still there more than 60 years later.

"She was the dairy farmer's daughter," Kelvin said of his wife Marie.

"I was taken in by her wonderful family, not knowing she would one day be my wife."

During the shoot, Kelvin Gregory spent some time on his horse with Pete White filming. Photo Treechange Films

The pair now own the property plus a couple of neighbouring ones where they run 350 cattle and keep 15 horses.

"We've been blessed to grow up with horses," Kelvin said.

"It's a wonderful thing because you can be yourself with a horse.

"You can just go for a ride and sit down and have a yak and talk about things you'd never talk about at the dinner table. You can let it all come out."

It's this bond with horses that Kelvin and Marie wanted to pass on and while they have no children of their own, they've opened their five-bedroom, turn-of-the-century homestead to 50-odd kids over 40-something years.

"My wife and I have been lucky to travel Australia and be part of the wonderful community that comes with rodeo and campdrafting," Kelvin said.

"I saw a lot of kids who just needed a little tap along, a little hand up.

"We got involved in what we call the junior rodeo and it's been going for nearly 40 years now and we're still taking kids in," he said.

"Some have stayed with us in one way or another over their lifetime, some we don't hear from much but every one of them has at least given us a phone call at some stage of their life."

Nothing makes Kelvin prouder than seeing one of 'his kids' saddle up one of his ponies and compete in a campdraft . 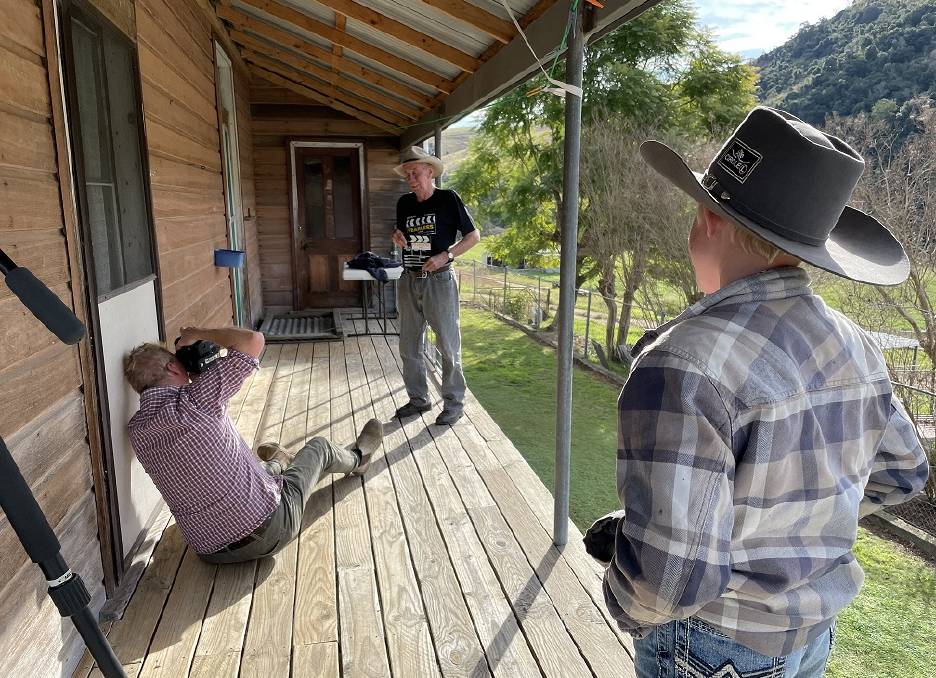 Young Lachlan Sansom was also in the film and watches as Pete White takes a promotional photo of Kelvin Gregory. Photo Treechange Films

He said it's not about winning, it's about 'having a go'. It's an attitude he's had all his life and one that Anne wanted to capture in the film.

"Kelvin's drive to get up every morning and teach the younger generation all he knows is admirable," Anne said.

"I hope seeing his commitment and willingness to teach and share his knowledge with others will make people think twice about judging someone because of their age and instead get to know the person," she said.

"I wanted to be involved in the Fearless Films project because it challenges how people think, which is what drives my filmmaking.

"We can learn a lot from our elders so it's important to give them a platform."

For Kelvin and his wife Marie, staying busy is part and parcel of living on the land.

I love to wake up in the morning in time to see the sun rise and know I've lasted another day, - Kelvin Gregory

"I love to wake up in the morning in time to see the sun rise and know I've lasted another day," Kelvin said.

"When you live in the country you work 24/7 - there's always a cow that needs attending to or a fence that needs fixing or a bit of land that needs some TLC.

"The last 18 months have been pretty tough. We had the drought, we had the fires, we had the floods and then along comes COVID," he said.

"But life will go on and the birds will sing again, the sun will come up tomorrow and we'll go again."

Fearless Season 3 takes viewers on a journey as a new film is released at midday every Friday in October. To check out Kelvin's screen debut visit the Feros Care website or Treechange Films' YouTube channel.