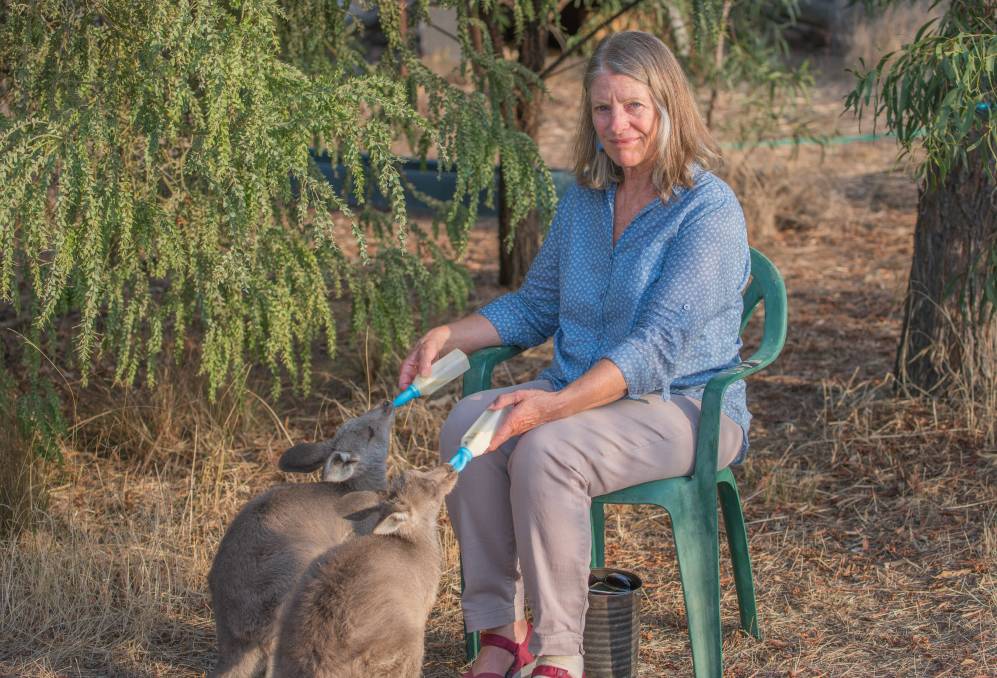 Mikla Lewis was working with Animal Liberation to help care for all animals within the Sydney region. But when a woman called to say she'd found an injured ibis, no one really knew what to do.

"I can still hear the voice and words [of then president Christine Townend] saying 'Why don't we start an organisation. You can be the co-ordinator'," Mikla told The Senior.

By 1986, WIRES was born. The first official call was from a woman in Wollongong who had a blind, mangey wombat that would come into her yard at night.

Mikla said the call took them by surprise, as they were only expecting Sydney-based calls at first.

After a few phone calls overnight, they'd found a local vet who was happy to look after the wombat.

"We called her back and she said 'It's okay, I solved the problem. I shot the wombat'," Mikla recalled.

"I thought, what have I got myself into?"

In the 35 years since, the organisation has helped rehabilitate thousands of sick and injured birds, reptiles and mammals.

While Mikla is no longer involved at the national level, she's still helping her local branch in Grenfell, where she owns 120-hectars property with partner Wayne that serves as a WIRES release site.

They've had plenty of animals come and go, including 11 wood ducklings found huddled together in the middle of the highway.

"We have a dam near the orchard, so we built an enclosure there," Mikla said. "We let them come and go during the day and lock them in at night. We watched them learn to fly and swim in the dam; eventually off they went.

"We call it a soft release. It's a gradual process because it's the whole aim of the exercise."

Mikla said it was hard to let the animals go, but it was a sign you've done your job well. "We hear wood ducks calling all the time. We don't know if it's the ones we raised but we like to think they're out there."

There's also been plenty of kangaroos and wallabies.

She recalls one occasion when she had two joeys, which were of an age where they slept inside at night but bounced around the custom-made kangaroo run during the day.

"I was walking up the hill with the two little joeys looking out of their pouches. This mother kangaroo went hopping past, with her joey looking out of her pouch. We just looked at each other, both mothers to joeys, sharing the same experience."

Mikla's had another mother kangaroo seek out her help.

"This roo hoped down towards me and I thought, it's blind, it can't see where it's going. But I realised she wanted me to follow her.

"She had a young joey caught in a fence. The poor little roo was upside down."

Mikla is always surprised by her interactions with animals.

"Everyone is different, they all have personalities, just like humans."

It's presumed kangaroo populations suffered terrible losses in catastrophic bushfires in 2019 and 2020 that wiped out more than three billion of our wildlife.

Mikla Lewis said it's no easy task to care for sick and injured joeys, which need special pouches and have different requirements as they age.

"You can tell the age of a joey by measuring its foot, tail and weight," she said.

"When they're very little, they stay inside the pouch all of the time, even to feed and toilet.

"As they get older, they spend more and more time out of the pouch."

Joeys also need a certain amount of milk and feed per day.

And then there's all the exercise!

"When the joey is large enough, they have to be able to exercise," Mikla said.

"We have a dedicated joey run where they can tear around and around.

"It's important for them to be able to exercise as a kangaroo's main escape measure is its speed."

So what should you do if you find an injured roo?

It's best not to approach an adult one - only rescuers with specialist training can do so safely.

If you do find a joey, it needs immediate care. Contact WIRES to report the rescue then keep it in a warm, dark, quiet place such as wrapped in a towel or sheet in a ventilated carrier while you transport it to the nearest vet or wait for a rescuer.