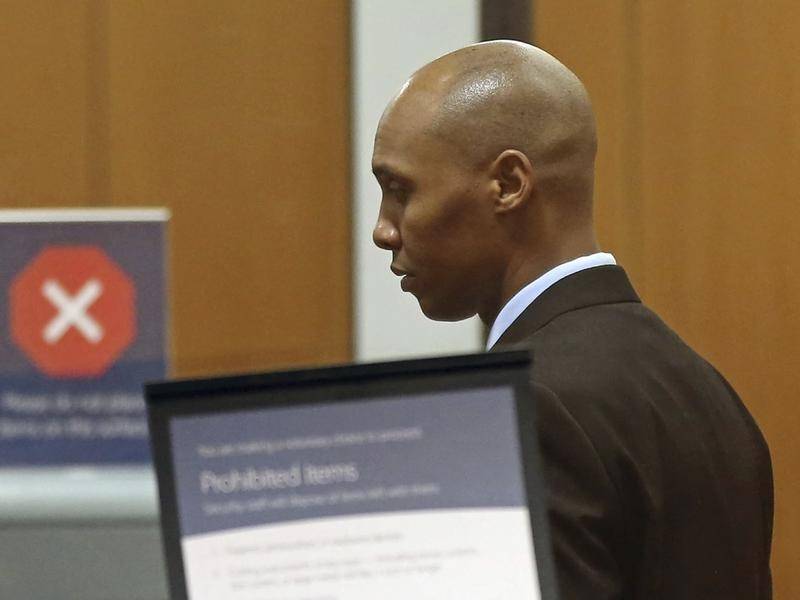 The Minnesota Supreme Court has vacated the third-degree murder conviction of Mohamed Noor.

The Minnesota Supreme Court has thrown out the third-degree murder conviction of a former Minneapolis police officer for mistakenly shooting to death an Austr...

The Minnesota Supreme Court has thrown out the third-degree murder conviction of a former Minneapolis police officer for mistakenly shooting to death an Australian woman who had called 911 to report a possible rape behind her home.

In its ruling in the case of Mohamed Noor, the Supreme Court also clarified what would constitute third-degree murder, or depraved-mind murder, saying the statute does not apply if a defendant's actions are directed at a particular person.

Noor was convicted of third-degree murder and second-degree manslaughter in the 2017 death of Justine Ruszczyk Damond, a dual US-Australian citizen who called 911 to report a possible sexual assault behind her home.

He was sentenced to 12-and-a-half years on the murder count but was not sentenced for manslaughter.

The ruling means his murder conviction is overturned and the case will now go back to the district court, where he will be sentenced on the manslaughter count.

He has already served more than 28 months of his murder sentence. If sentenced to the presumptive four years for manslaughter, he could be eligible for supervised release about the end of this year.

Caitlinrose Fisher, a lawyer who worked on Noor's appeal, said she was grateful the Supreme Court clarified the law, and hoped it would lead to greater equity and consistency in charging decisions.

Noor's defence team also released a joint statement, saying "fairness has been delivered" and Noor was looking forward to hugging his son as soon as possible.

Hennepin County Attorney Mike Freeman, whose office prosecuted the case, said in a statement he disagreed with the Supreme Court's analysis but must accept the decision.

Freeman said the conviction on second-degree manslaughter stands and was just.

Messages left with Damond's fiance were not immediately returned, and an email sent to her family in Australia was returned with an automated response.

The ruling could give former Minneapolis Officer Derek Chauvin grounds to contest his own third-degree murder conviction in George Floyd's May 2020 death. But that would not have much impact on Chauvin since he was also convicted of the more serious count of second-degree murder and is serving 22-and-a-half years on that count.

Experts say it's unlikely Chauvin would be successful in appealing his second-degree murder conviction.

The ruling in Noor's case was also closely watched for its possible impact on three other former Minneapolis officers awaiting trial in Floyd's death. Prosecutors had wanted to add charges of aiding and abetting third-degree murder against them, but that is unlikely to happen now.

The three men are due to go on trial in March on charges of aiding and abetting both second-degree murder and manslaughter.