LABOUR OF LOVE: Prof David Lindenmayer, author of The Great Forest, has worked there for 40 years.

One of Australia's great natural treasures lies just 90 minutes from the Melbourne Cricket Ground and is the subject of a beautiful new book published by four friends as a lockdown project.

The Great Forest is a tribute to the Central Victorian Highlands, an extraordinary landscape now under severe threat from logging and wildfires, such as the catastrophic fire that struck on Black Saturday in 2009.

It has been a labour of love for author Professor David Lindenmayer, a world-leading expert on forest conservation who is ranked among Australia's top 50 scientists. Based at the Australian National University, he has led some of the largest scale environmental research programs in Australia, including almost 40 years of work in Victoria's magnificent mountain ash forests.

"I first started working in the forest in July 1983 and I have worked there almost continuously since then," Prof Lindenmayer said.

"It's like an old friend to me. I have learned so much and, yet, there is still so much to discover and, trust me, I'm always discovering more. I hope The Great Forest will inspire people but also make them aware of the dangers posed to it."

Prof Lindenmayer is much like the Bob Brown of Victoria, and this region is spectacular.

Exquisite photographs reveal the mountain ash forests of central Victoria to be one of Australia's great natural treasures. Photographers Chris Taylor, Sarah Rees and Steve Kuiter have worked in Victoria's Central Highlands forests for many years.

"I've worked with all of them and Chris is also a scientist while Sarah worked in macro and with a drone," Prof Lindenmayer said. 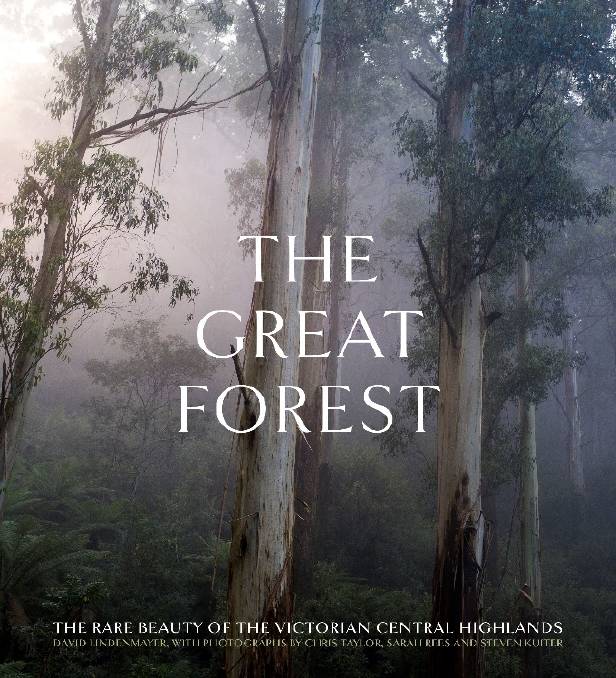 The city of Melbourne lies on the edge of a vast plain surrounded by a green and blue mountainous rim, whose hills and peaks are home to the magnificent mountain ash, the tallest flowering plant on the planet.

The mountain ash forests were 20 million years in the making and deep within the valleys are even more ancient Gondwanic rainforests.

The Great Forest showcases these forests as well as the world's tallest moss, breathtaking snow gum plateaus and the remnants of massive extinct volcanoes.

It uncovers the intricate webs of life that make mountain ash forests so much more than their towering trees. It explores the unique forests that have sustained the Gunaikurnai, Taungurung and Wurundjeri peoples for tens of thousands of years and provide a home for creatures found almost nowhere else.

Prof Lindenmayer hopes the book will highlight the Central Victorian Highlands as a travel destination for Australians in their own backyard, while international borders remained closed.

"This is a book to show Australians what an amazing place they live in. We need to promote more regional activity and a lot more jobs for younger people in forests like this.

He also hopes The Great Forest will highlight the threats to it, particularly logging.

"Logging is a huge problem," he said. "Of all the logging in Victoria, 70 per cent is in this region. And it's not being turned into furniture or window frames. It's going into paper and box liners.