Australian cardiovascular experts at the Baker Heart and Diabetes Institute have released the white paper Our Hidden Ageing: Time to Listen to the Heart.

More than 250,000 Australians have faulty heart valves that could cause the heart to malfunction but they don't know it, prompting a heartfelt call for action.

Cardiologists have revealed the number of people with heart valve problems is rising rapidly, particularly as the population ages.

Among them was Phil Holmes, 71, of Melbourne who worked out six days a week at the gym. The father, grandfather and head of insurance for a leading glass supplier had a busy job that involved weekly travel until COVID-19. 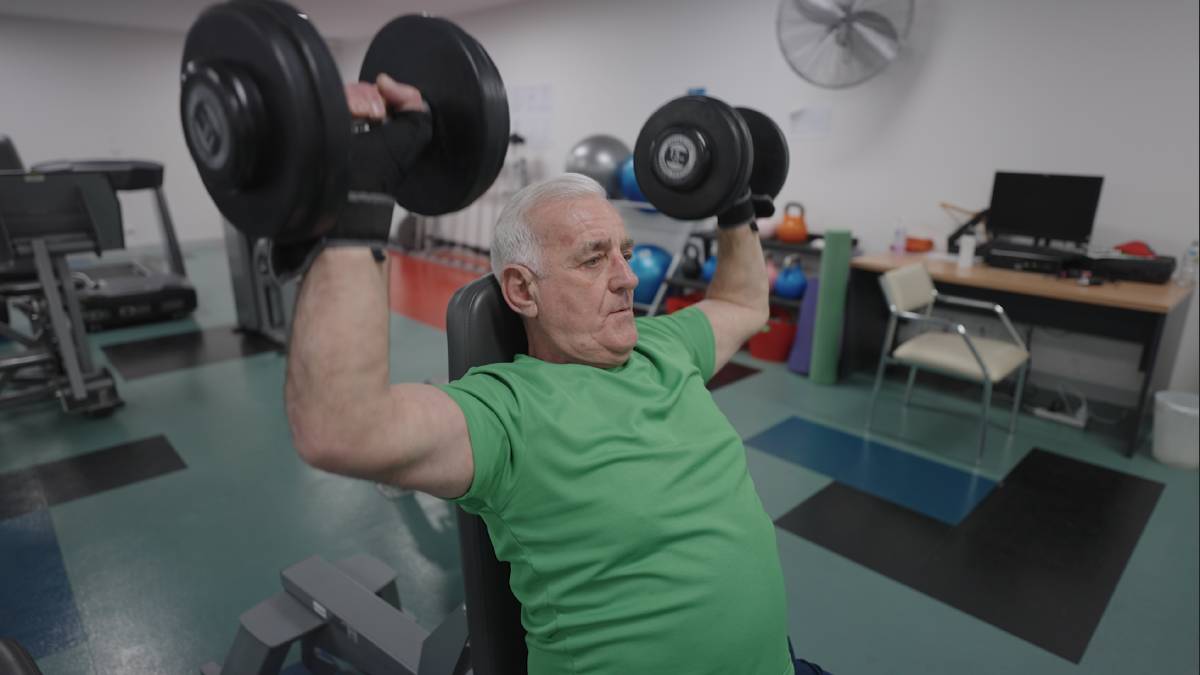 But when he started to feel a bit tired while doing push-ups for a work fundraiser in 2019, he didn't think it might be heart-related.

"I thought it was just age and fatigue," Mr Holmes said.

Mr Holmes was diagnosed with aortic stenosis, requiring an aortic valve replacement. He was given the option of open heart surgery, which would require several months of recovery, or a newer, minimally-invasive procedure known as Transcatheter Aortic Valve Replacement (TAVI).

He elected to have the TAVI procedure and he hasn't looked back. Within a few days, he was back at work full-time and returned to the gym and cycling three weeks later.

It's stories like this which prompted cardiovascular experts at the Baker Heart and Diabetes Institute in Melbourne to release the white paper Our Hidden Ageing: Time to Listen to the Heart.

Heart valve disease involves a malfunctioning of one or more heart valves that disrupts blood flow through the heart. Complications include heart failure, stroke, blood clots, heart rhythm abnormalities and even death.

The number of undiagnosed cases of heart valve disease is projected to spiral in the next three decades to 336,000 cases in 2031, and 435,000 in 2051, placing a heavy burden on the nation's healthcare system, ageing population and economy.

The valves open and close more than two billion times in a lifetime with their repetitive opening and closing occurring with each heartbeat.

Baker Heart and Diabetes Institute cardiologist, researcher and lead author of the white paper Professor Tom Marwick said that much like a machine that can break down, the heart can malfunction if all the parts are not working well.

"This includes small but incredibly important components, such as the valves between the atria and ventricles that make sure blood flows in one direction through the heart," he said.

"When the large blood vessels are functioning well, they optimise the efficiency of pumping blood around the body. However, ageing causes the blood vessels to progressively lose elasticity and become stiff, impacting the vascular structure and function.

"This arterial damage increases mechanical stress on the valves, which are also susceptible to the same threats.

"If you're over 65 years of age, ask your doctor to listen to your heart. The doctor may detect a heart murmur - often the first symptom of heart valve disease.

The Baker Institute is urging Aussie seniors to listen to their hearts.

"It is important to keep in mind that the common symptoms of heart valve disease - especially exercise intolerance - are often misattributed to 'old age'."

"With early detection and intervention, those affected can return to their everyday lives, and continue to contribute to their families, communities and the economy."

The Baker Institute is issuing a plea to the Federal Government to help curb the nation's rising rates of undiagnosed heart valve disease.

"We need increased awareness through marketing campaigns; strategies to upskill and support primary care; financial support for the use of emerging technologies; health service design, including improved access to echocardiography; funding to improve access and equity to interventions; and development of national heart valve disease guidelines," Prof Marwick said.

"Heart valve disease is real. It must be treated with both the urgency and due attention it deserves," he said.