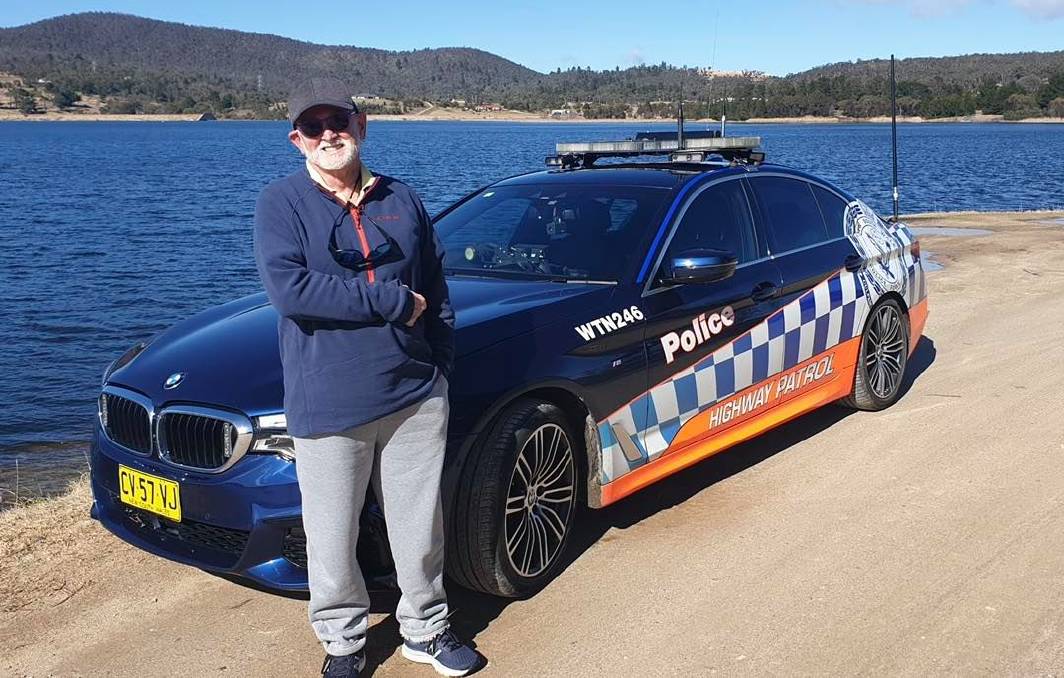 "... he was able to realise his dream of driving in a police car with lights and sirens going."

The officers were contacted by a charity called Dreams2Live4 which aims to make dreams come true for patients who are living with metastatic cancer, relapsed lymphoma, relapsed leukemia and aggressive brain tumours.

According to a post on the NSW Traffic and Highway Command Facebook page, Neil Condran has always wanted to go for a drive in a police car with lights and sirens going - and police have been able to make that happen.

Lithgow Highway Patrol officers picked up Mr Condran on Thursday and showed him around a highway patrol car before taking him on patrol around the Lithgow area.

"Neil was taken onto a private road where he was able to realise his dream of driving in a police car with lights and sirens going," the post read.

"Lithgow Highway Patrol, the Traffic and Highway Patrol Command and NSW Police Force would like to wish Neil the best with his HSC which he is undertaking through TAFE and with his health battle ahead.

"A huge thank you also to Coallink (Janice) for allowing access to their property to assist with realising Neil's dream and Dreams2Live4 for the important work they do."

The story Dream come true: 68yo takes a ride in police car with lights, siren on first appeared on Western Advocate.