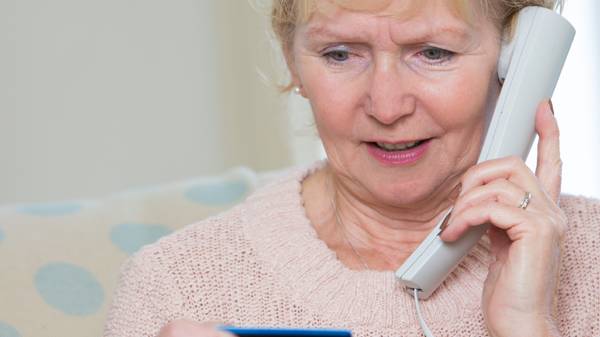 Another day, another scam.

I hung up the phone, but if I had pressed one, I am sure I would have been taken to a nice customer service representative who would have taken down my credit card details, promising to issue a refund before going on a shopping spree at my expense.

Australians lost more $851 million to scams in 2020, a record amount, as scammers took advantage of the pandemic to con unsuspecting people, according to the Australian Competition and Consumer Commission (ACCC) latest Targeting Scams report released this month.

The report compiles data from Scamwatch, ReportCyber, other government agencies and 10 banks and financial intermediaries, and is based on more than 444,000 reports.

Investment scams accounted for the biggest losses, with $328 million, and made up more than a third of total losses. Romance scams were the next biggest category, costing Australians $131 million, while payment redirection scams resulted in $128 million of losses.

"Last year, scam victims reported the biggest losses we have seen, but worse, we expect the real losses will be even higher, as many people don't report these scams," ACCC Deputy Chair Delia Rickard said.

"Unfortunately scammers continue to become more sophisticated and last year used the COVID-19 pandemic to scam and take advantage of people from all walks of life during this crisis."

Of the $851 million in combined losses, $176 million were reported to Scamwatch alone.

"Victoria, which was significantly impacted by the second wave of the virus, recorded the highest losses nationwide for the first time and Victorians reported $49 million in losses to Scamwatch, more than double those in 2019." Ms Rickard said.

"We saw scammers claiming the government restrictions meant people could not see items in person before purchase. This was a common ruse in vehicle sale and puppy scams, which both had higher reports and losses."

As people spent more time online during the COVID-19 pandemic lockdown, reports and losses for some scams also increased.

Phishing activity also thrived during the pandemic, especially through government impersonation scams. There were over 44,000 reports of phishing scams, representing a 75 per cent increase.

People who detect a scam, whether or not they have lost money to it, can report scams and learn more about how to get help on the Scamwatch website at scamwatch.gov.au.