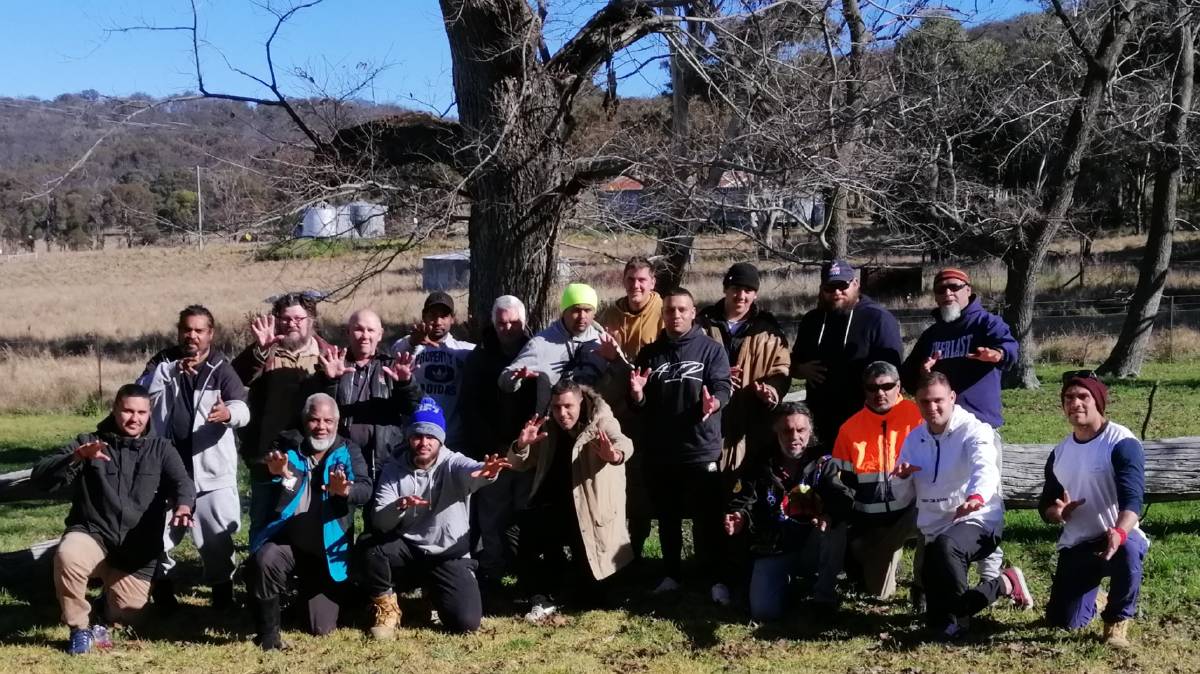 GLAD TO BE BACK: Participants in the Aboriginal men's initiation ceremony in Anaiwan/Nganyawana country on Mount Duval on June 5 and 6. Photo supplied.

The initiation is fundamental on the journey of boys becoming men.

A men's initiation cultural camp was held last weekend at Mount Duval for the first time in more than sixty years.

Initiated Elder Aboriginal men conducted the event for 18 young Aboriginal boys, and it was the first initiation to be held in Anaiwan/Nganyawana country since the 1950s.

The ceremony commenced with the boys' mothers conducting a 'sending off' ceremony in which they handed over their sons to the Initiated Elder Men to take the boys on their journey to manhood.

Uncle Les Ahoy JP said for Anaiwan/Nganyawana people; their culture is the foundation upon which everything else is built.

"It underpins all aspects of our cultural life including connections to family and community, connections to 'country', cultural practices and traditional and contemporary forms of cultural expression such as Aboriginal language, ceremonies, cultural events, storytelling, dance, music, and art," he said.

"Anaiwan/Nganyawana men have a deep connection to Mount Duval, which is central to their spiritual identity.

"This connection remains despite the many years of being unable to have access to Mount Duval to carry out men's cultural initiations."

"Along the way, they develop their cultural identity of being an initiated Anaiwan/Nganyawana man," he said.

"Having access to their traditional 'Country' represents having the ability to conduct the men's ceremony again and gives them much to take pride in."

The men's connection to Mount Duval is expressed in the Anaiwan/Nganyawana Dreamtime creation story 'The Anaiwan Brothers'.

"This creation story teaches about aspects that affect daily life and the importance of sharing with and caring for people in 'community, and of nurturing behaviors," Uncle Les Ahoy JP said.

"This Dreamtime story is still alive and vital today, and because they now have access to Mount Duval will remain so into the future."

Uncle Les Ahoy JP said he, along with Uncle Glen Morris and Uncle John Kelly, was grateful to the university and its Aboriginal cultural advisor Steven Ahoy.

"Their valuable support is ensuring that Anaiwan/Nganyawana cultural practices are preserved and maintained," he said.

The story 'The Anaiwan Brothers' gets Dreamtime back on country after 60 years first appeared on The Armidale Express.