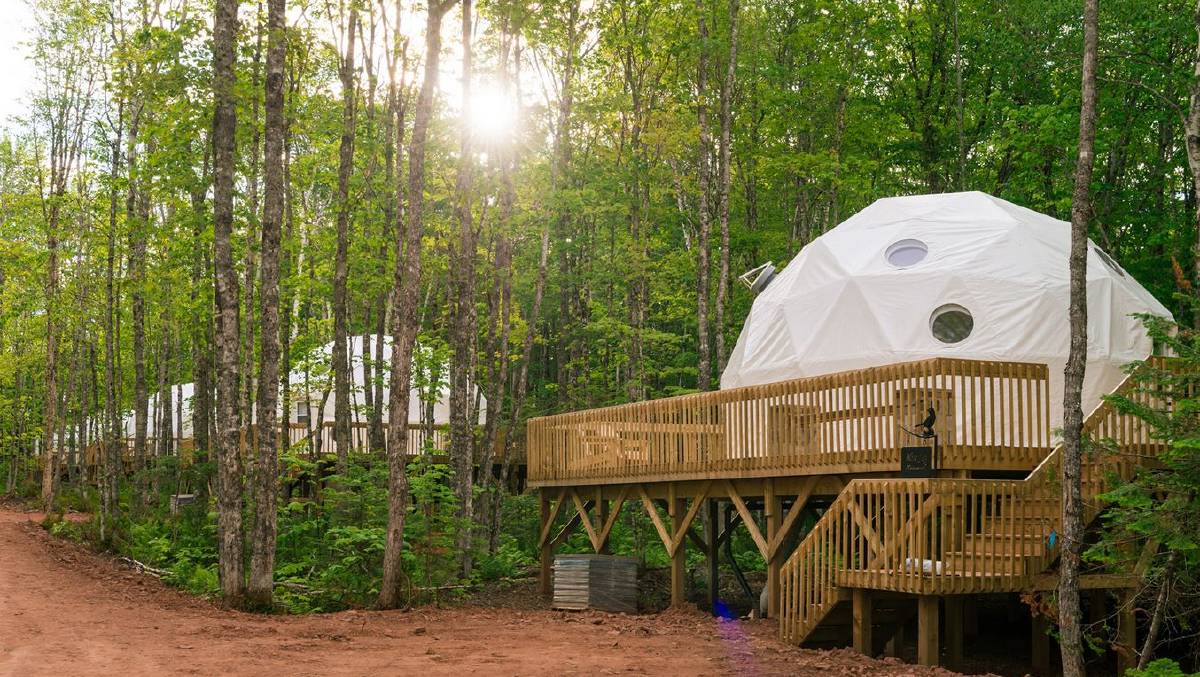 DOME SWEET DOME: Stay amongst nature in a treepod at Treetop Haven on Prince Edward Island.

Forget the hotel - book a night at one of these weird and wonderful stays.

WHY stay in a generic hotel when you can stay somewhere that will make your holiday truly memorable?

Whether it be a lighthouse or your very own orb, Canada has plenty of weird and wonderful stays for you to daydream about.

Cielo Glamping Maritime in the maritime province of New Brunswick offers a getaway where guests can harvest oysters on a stand-up paddleboard, then retreat to a pearl-like dome for a luxurious sleep. The domes boast luxe sheets and locally woven blankets, a skylight for night-time stargazing, handcrafted soaps and private wood-heated hot tubs.

A little further east, in Pleasant Bay, Nova Scotia, True North Destinations offers the province's only five star, eco-conscious, geodesic dome experience. Situated along Cape Breton's Cabot Trail coastline, the design of each dome is inspired by its surroundings. For example, The Sea-Spray domes possess a nautical style that evokes the Nova Scotian fishing industry, with guests able to view lobster boats and whale-watch from their decks.

The Adventure Domes in the picturesque village of New Denver, British Columbia, invite visitors to bed down in charming, eco-friendly cottages after spending the day paddling Slocan Lake, rock climbing and watching the sunset behind the snowfields of the Valhalla mountain range.

Rock-a-bye, on the Treetops

With five TreePODS, Treetop Haven on Prince Edward Island is an all-season wellness destination-an idyllic escape in the forest. Surrounded by ocean, beaches and trails, the TreePODS, perched nine feet from the ground, boast private wraparound decks, hot tubs and barbecues, offering the perfect home base for an all-encompassing nature retreat. 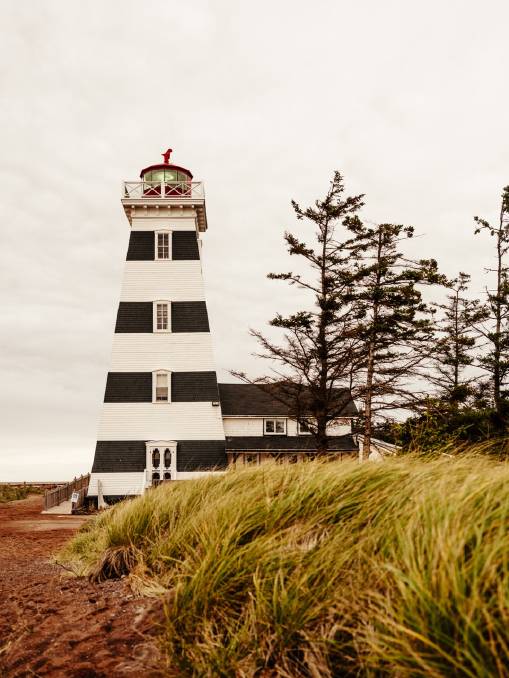 Indulge in the nostalgia of childhood at Les Refuges Perchés in Mont-Tremblant, Quebec. Here, all-season treehouses hide in the leafy forest of the Laurentians, on either side of Lac du Cordon. The treehouses are completely off-grid, so visitors can fully unplug and focus on the tranquillity of the surrounding wilderness.

Drift off to the sound of crashing waves after witnessing a spectacular sunset at the West Point Lighthouse Inn & Museum on idyllic Prince Edward Island - the only functioning lighthouse accommodation in North America. Built in 1875, the lighthouse became a 13-room inn in 1987. Today, 12 rooms overlook the Northumberland Strait and stunning red sands of the beach, with 11 offering walkout decks.

At Mingan Archipelago National Park Reserve in Havre Saint-Pierre, Quebec, stay at a lighthouse outfitted with '50s décor. Indulge in local treats and cocktails, browse an exhibit regaling the history of the lighthouse and slip into a restful sleep to the sound of lapping waves.

The Train Station Inn, situated in historic Tatamagouche, Nova Scotia, offers a unique bed and breakfast experience in century-old train cars. The surrounding village is rich in Canadian history, once serving as a trade route. The original Tatamagouche Train Station was restored in the 1980s with furnishings reflecting its railway past, while each of the seven original cabooses became deluxe accommodations.

For the latest information on travel to Canada including requirements and restrictions, please visit the Government of Canada website here.