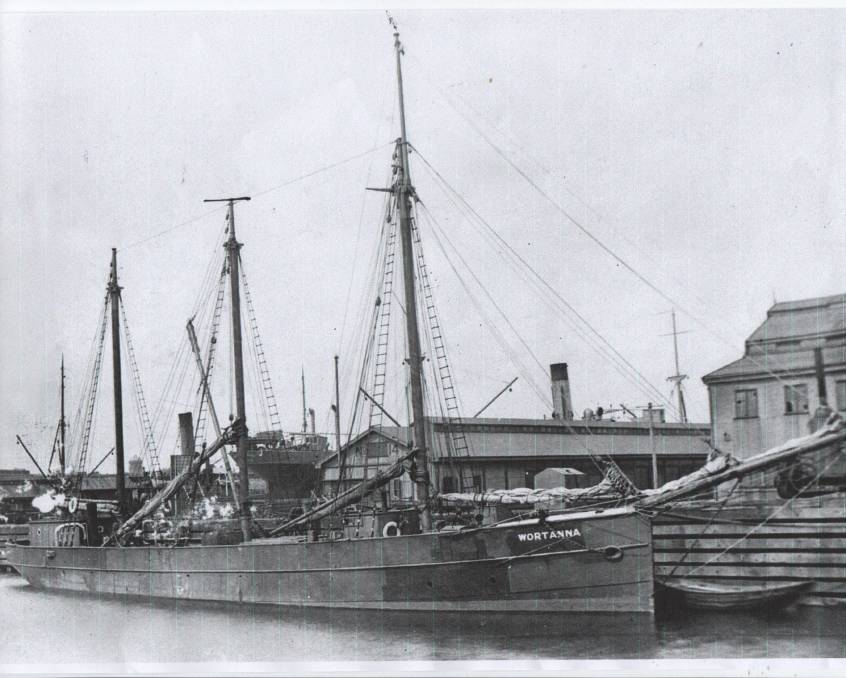 OLD BUT WORTHY: The Wortanna was described as "a narrow-gutted rust bucket that could roll in a dry dock" but nevertheless served valiantly in WWII.

Merchant navy memorials are held around Australia throughout the year but the one to be held in Newcastle on June 5 has always attracted lots of interest due to the port's vital role in WWII.

While marking the sacrifice of Australian merchant seamen in both world wars, this year's Newcastle Merchant Navy Memorial pays special tribute to the contribution made by the US Army Small Ships Section during WWII.

During the conflict, Australian merchant sailors aged 15-70 were recruited to serve under US direction in a ragtag assortment of small shallow-draft Australian and NZ vessels.

Many were who were too old, too young or medically unfit to serve in the navy or other armed services but were anxious to do their bit regardless. 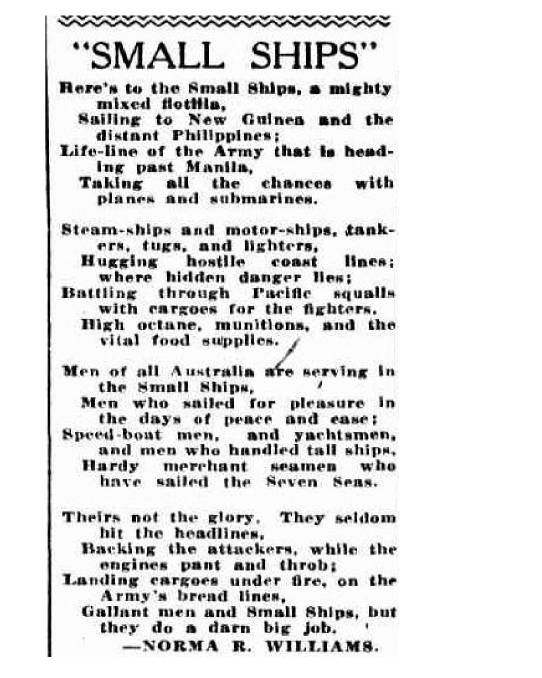 THEY SERVED TOO: A poem praising the men and boys who served on small ships yet had to battle for recognition after the war. Published in Smith's Weekly, March 31, 1945.

Most of the small ships in the New Guinea campaign and were the lifeblood of support in 1942 for American and Australian forces.

The oldest of them was the Wortanna, which is depicted on the cover of the service brochure.

Built in 1875, it carried bagged sugar from Mourilyan and Port Douglas to Cairns for trans-shipment on to larger vessels.

But in November 1942 it was requisitioned and designated a small ship, operated initially in the Milne Bay area carrying troops and supplies but likely to have gone much further north.

Sailors who served on Wortanna in PNG described as "a narrow-gutted rust bucket that could roll in a dry dock". The seamen slept in the forecastle in miserable conditions, but that was the least of it.

They worked in difficult and unpleasant mosquito-ridden coastal areas, suffering tropical diseases such as malaria and dengue fever. On top of that, This was in addition to avoiding being bombed or strafed as targets by Japanese aircraft.

The vessel was returned to its owners in 1945 and finally met its end when it ran aground in 1957 departing Mourilyan with a cargo of 225 tons of bagged sugar.

The Australian Merchant Navy Seamen's Memorial at the Australian War Memorial lists the names of 182 merchant seamen who lost their lives in World War I..