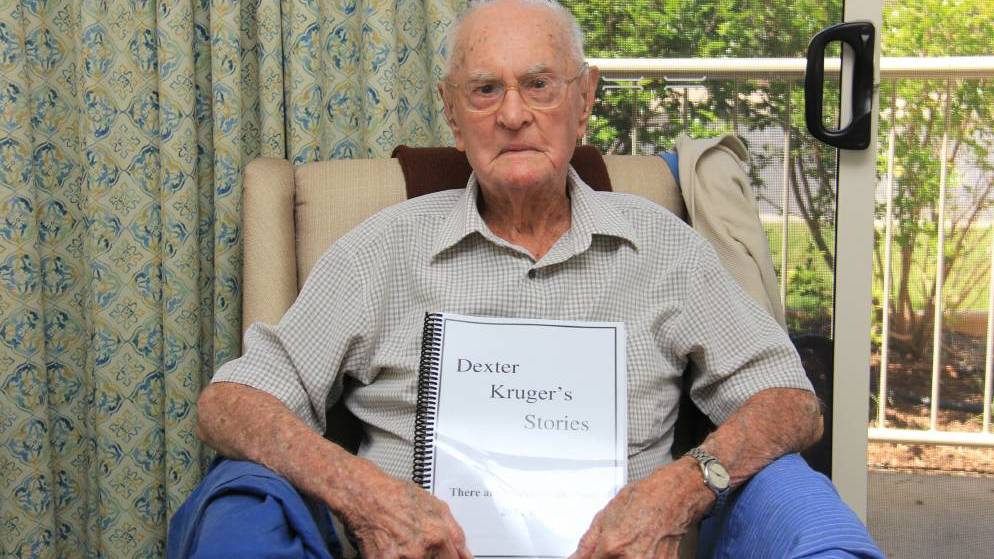 AT 111 years and 124 days old, Dexter Kruger has seen quite a bit in his lifetime.

AT 111 years and 124 days old, Dexter Kruger has seen quite a bit in his lifetime.

When he was born in January 1910, Alfred Deakin was the country's prime minister - though Canberra itself wasn't our capital. He's lived through two world wars, seen rockets launched into space and man walk on the moon and seen the technology advance from telephones to computers and tablets.

But the greatest invention made in his lifetime?

"Just imagine the population we have today and all the hand washing they'd have to do. I think 100 per cent of homes now would have a washing machine."

"It's a culmination of all the good things that have come together."

He said his secret to his longevity was fairly simple.

"Eat when hungry, drink when thirsty, sleep when sleepy and don't stop breathing or you'll die."

Dexter was living on his own up until the age of 103 but now resides in the Pinaroo Retirement Home in Roma, in south west Queensland.

He was born in Nundah, Queensland, after his mother rode on horseback to a train station in order to get to birthing facilities.

He was carried in his parent's arms on the pommel of their saddle as they returned home with the newborn.

During his lifetime, Dexter purchased his own land, was accredited and had authority to operate as a rural vet surgeon and was the pioneer of the live-weight cattle selling system.

He has since gone on to write more than 10 books about his life.

"I have been well satisfied with the life I have led," he said.

"I didn't make a fortune but I had a good cattle empire. I've left something for generations to come."

"Tolerance is the greatest thing a person can have. If you want good relationships, you need tolerance," he said.

"Do something you've always wanted to do, like go fishing, more often. You're your own boss [in retirement], get on with living as you like it."