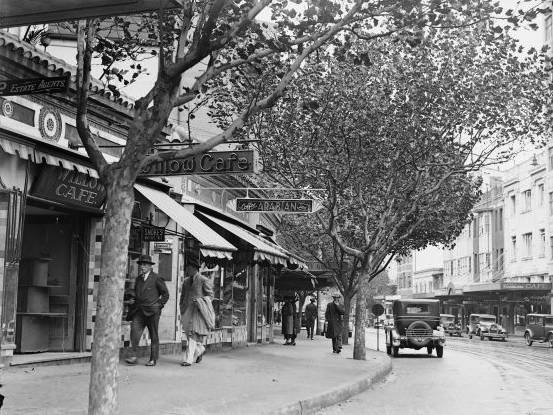 As part of a new series, Warren Fahey looks back at Sydney's fascinating stories.

FEW places in Sydney have had more face changes than Kings Cross.

The famous location has been everything from cosmopolitan, bohemian and entertaining to loud, sleazy and even threatening. Today, it is changing again, with its rough edges smoothed.

One who knows "The Cross" better than most is long-time resident, cultural historian and storyteller Warren Fahey, who has brought it to vivid life as part of his new video series Sydney Stories.

Memories will come flooding back in the episode Kings Bloody Cross, recalling places like the Minerva Theatre, where Hair was performed, Abe Saffron's glitzy and decadent Roosevelt Club, bodgies, widgies and the Hasty Tasty, one of city's he first all-night eateries.

Complemented by scene after scene of gorgeous black-and-white footage from the National Film and Sound Archive, Warren's words and images tell an evocative story.

It is one of many in the 12-part series, each segment of which studies a facet of Sydney's history, from how kids played (Billycarts, Hopscotch & Razzle-dazzles) to the heyday of the Sydney Push (Beats, Bongos & Bards).

But the Cross is particularly fertile ground for Warren. Born within cooee in Paddington, he was a regular visitor long before he moved there 20 years ago.

"I had my first Wiener schnitzel, my first espresso coffee up here in the Cross. I remember my mother taking me here to buy rye bread with caraway seeds - you couldn't get it anywhere else," he told The Senior.

"The Cross in those days had wonderful delis, fruit and vegetable ships, cafes and restaurants but they were all squeezed out during the Vietnam War to make way for what were basically drug dens and 24-hour girly shows and boozers. "

One thing that makes the Cross the so distinctive is the number of buildings in Art Deco and interwar modernist style - the highest concentration in Sydney, says Warren (his favourite is the old Metro theatre in Orwell Street).

Most went up during the 1920s Sydney building boom, when many old houses in Elizabeth Bay and Potts Point were demolished and their bricks used for apartment blocks.

Such high-rise living was unusual for Sydneysiders but familiar to many Europeans such as Hungarians and Poles, who "weren't enticed by the Australian ideal of having a bungalow and a front and back garden". 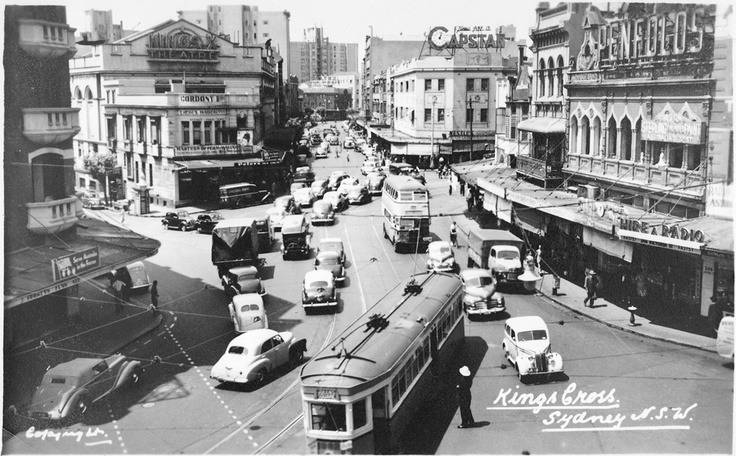 Rather, they were attracted to the idea of coming down to the street to have a coffee, buy the paper or whatever. "That's why the open spaces in Kings Cross like Fitzroy Gardens are so important; they are like people's gardens."

Such was the cosmopolitanism of the area that it spurred the establishment of the All Nations Club, the subject of many a newspaper article about the city's emerging multiculturalism and a setting in the film They're a Weird Mob.

Warren says the area has been a popular entertainment hub especially from the 1920s, when it was virtually the only place in Sydney open after 10pm.

"So if people had been dancing at the Trocadero and wanted to go out, they had to come up to Kings Cross."

As seen in the film. it was also a place where people celebrated, such as on New's Years Eve, when 100,000 people would pack the streets without a single reported incident, and VE Day in 1945.

As the city slowly started to shed its conservativism, the Cross later became the home of the city's first bottleshop and its its first gay bar, Bottoms Up, both at the Rex Hotel. Long before Priscilla, the Les Girls drag show starring Carlotta attracted audiences from all over Sydney and beyond.

Top-notch international artists also began appearing at the Cross, playing at like the Silver Spade Room at the Chevron Hotel. Many a big name stayed at The Sebel, one of the up-market successors to the many boarding houses and hotels that played host to visitors, many of them in town from the country.