Scott Morrison can no longer guarantee all Australians will receive their first jab by the end of the year. 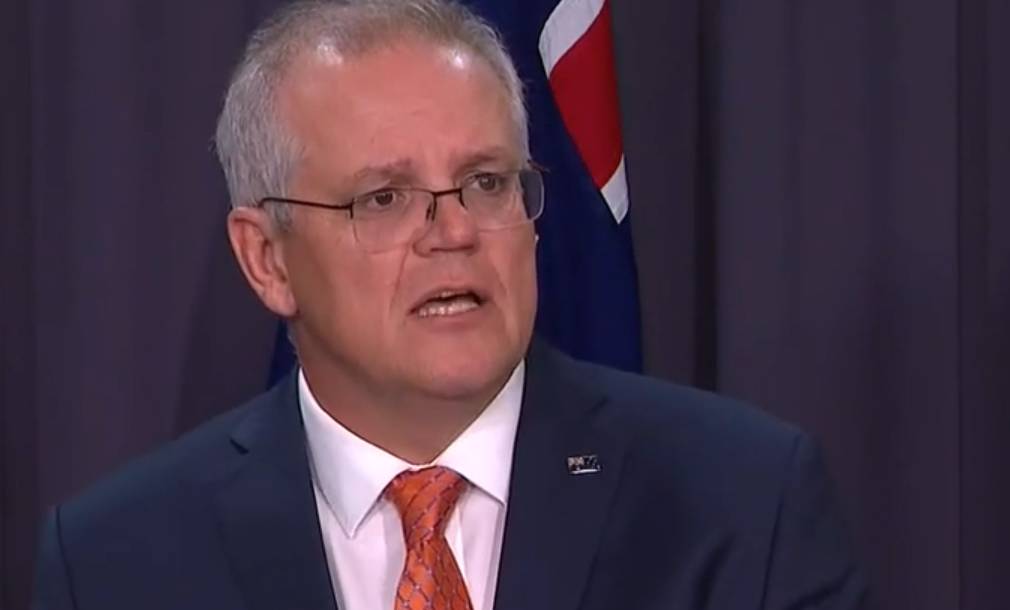 It is almost impossible for Australia to meet its vaccine rollout timeline after new advice was issued for people under 50 about the AstraZeneca vaccine, over concerns of a link to blood clotting.

Chief medical officer Paul Kelly said it was now advised people under 50 not receive the AstraZeneca vaccine unless the "benefit clearly outweighed the risk". Instead, it was recommended they get the Pfizer vaccine.

Prime Minister Scott Morrison stressed it was advice, not a directive, and people should discuss the matter with their doctor.

But he conceded he could no longer guarantee all Australians would receive their first jab by the end of the year because of the new advice that affects the major pillar of the country's vaccine strategy.

Labor has lambasted the government for failing to secure more deals with other vaccines successfully being rolled out to millions of people worldwide.

Opposition frontbencher Kristina Keneally labelled the development a debacle and a negative game-changer.

"This just means Australians are going to wait months and months, possibly even another year, before life resembles anything like normal," she told ABC radio on Friday.

More people under 50 will now receive the Pfizer jab with health workers pushed to the front of the queue.

But Australia has a contract for only 20 million doses - enough for 10 million people - and less than one million have been delivered.

The government's immunisation advisory group made the cautious decision after blood clots linked to the AstraZeneca vaccine were mostly associated with younger people.

"At the moment, it seems to be around 4 to 6 per [one] million doses of vaccine," he said on Thursday night.

"The ... recommendation is people that have had their first dose of AstraZeneca without any serious adverse effects can safely be given their second dose. This includes adults under the age of 50.

"People who have had blood clots associated with low platelet levels after their first dose of COVID-19 AstraZeneca [vaccine] should not be given the second dose."

Mr Morrison said the vaccine rollout would be "re-calibrated" in light of the news, but the full impact wouldn't be known for some time.

"We expect that this will require some changes to the arrangements we have as part of the vaccination rollout," he said.

"This includes when we might expect our first doses, ultimately, to be able to be offered to all Australians."

The AstraZeneca vaccine is the only vaccine being manufactured in Australia at this stage. The government will explore options to make the Novovax vaccine here, assuming it receives approval for use later this year. The Pfizer vaccine needs to be imported.

The Prime Minister received the advice from the expert vaccine panel on Thursday evening.

Mr Morrison said Australians should look at the risk and discuss the matter with their doctor, emphasising it was advice and not a directive.

"Their doctor will know their own personal health circumstances and can answer any questions that they might have," he said.

"They may feel quite strongly they may be better off having that vaccine, given the risks are clearly understood."

Health Department Secretary Brendan Murphy said it was a highly precautionary measure and urged people over 50 to continue to get the AstraZeneca jab.

"All vaccines have adverse effects, some serious. Flu vaccines do," he said.

"Given that this syndrome seems to occur mainly in younger people for whom the risk of severe COVID is not so great, then there is a basis to have a preferred recommendation for those under 50."

He said that vaccine was highly effective at preventing severe COVID-19 and strongly encouraged people over 50 to get it.

"The risk is extraordinarily low. I've had my first dose. I'll have my second dose," he said.

There has been one case of the blood clot syndrome in Australia, in a Victorian man.

Professor Murphy said healthcare workers would be prioritised for the Pfizer vaccine in the first stage of the rollout.

"Those over 70 and 80 will continue to get AstraZeneca at their GPs and be confident in its efficacy and its safety," he said.

"For those healthcare workers under 50, they will now be prioritised to Pfizer, and that might delay that particular phase of 1b."

The government also hopes deliveries of the 51 million doses of the Novovax jab Australia ordered will begin from October, despite the vaccine remaining in the clinical trial phase.

The Australian Technical Advisory Group on Immunisation recommendations and the changes to the vaccine rollout will also be discussed among state and federal health ministers and at the next meeting of national cabinet on Friday.

The development comes after the UK medical regulator on Wednesday advised against the use of the AstraZeneca vaccine for people aged 18-30, after reports of rare cases of blood clots.

That prompted the United Kingdom to offer people aged under 30 an alternative vaccine due to the risk.

The European Medicines Agency has not made a specific recommendation, but found women and people under 60 were at a higher risk of developing the rare side effect.

Health Minister Greg Hunt said earlier on Thursday said the vaccine would be restricted if experts recommended it.

More than 996,000 coronavirus vaccine doses have now been administered nationally.