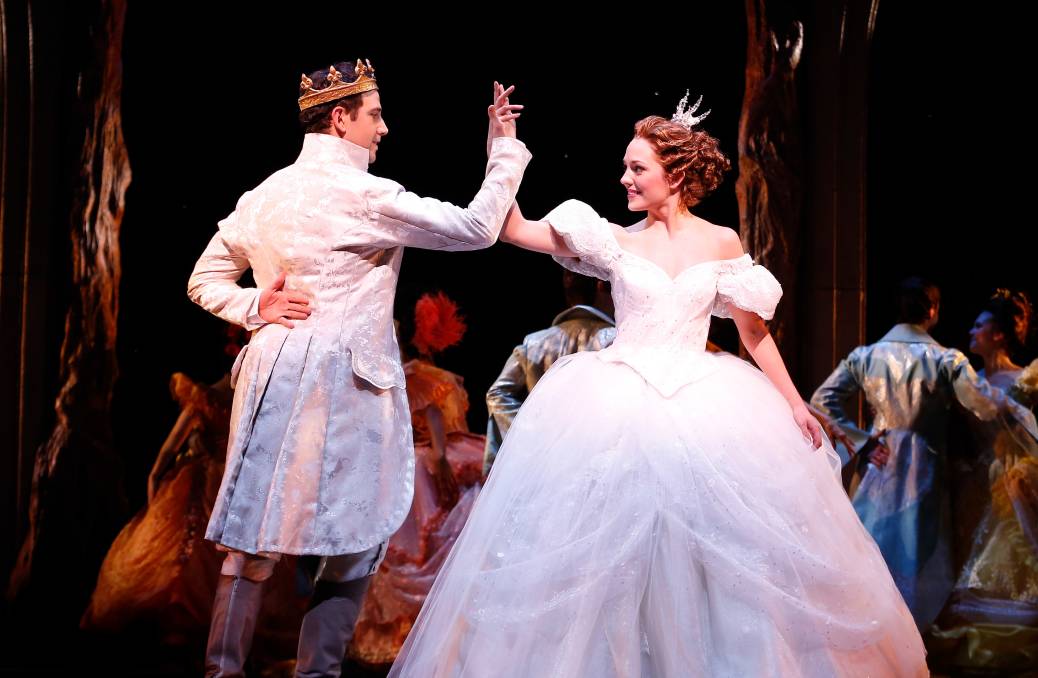 Cinderella and Phantom ready to bring magic of theatre to Sydney.

MUSICAL LOVERS and fairytale fans - you shall go the ball this November with Rodgers and Hammerstein's Cinderella set to sparkle in Sydney.

The much-loved musical will be having its Australian premiere at the Captiol Theatre, co-produced by Opera Australia and the Gordon Frost Organisation.

Following on from their collaboration of the King and I, this will be the first time the show has been staged professionally in Australia.

The show offers a fresh take on the beloved tale of a young woman who is transformed from a chambermaid into a princess, combining the story's classic elements (glass slippers, pumpkin and a masked ball) along with some surprising twists.

"Rodgers and Hammerstein have written some of the most beautiful scores in musical theatre including The Sound of Music, Carousel and Oklahoma, and we're thrilled to continue our association with this lush and romantic new production," said producers John Frost and Lyndon Terracini.

"Featuring incredible orchestrations, jaw-dropping transformations and all the moments you love from the classic story, you'll be transported back to your childhood and also be delighted by the contemporary twists."

One of Rodgers and Hammerstein's most popular titles, Cinderella was written for television, debuting in 1957 starring Julie Andrews, who was nominated for an Emmy Award for her performance.

More than 100 million viewers saw the broadcast, more people than any other program in the history of television at the time.

Cinderella was then re-made for television in 1965 starring Lesley Ann Warren in the title role, Ginger Rogers and Walter Pidgeon as the King and Queen, and Celeste Holm as the Fairy Godmother.

A further television remake followed in 1997 with Brandy as Cinderella, Whitney Houston as the Fairy Godmother, Bernadette Peters as the Stepmother, Whoopi Goldberg as the Queen and Jason Alexander as Lionel.

The stage version of Rodgers and Hammerstein's Cinderella made its Broadway debut in January 2013, running for two years.

The musical made it's Broadway debut in 2013, running for two years and received nine Tony Award nominations, winning one for Best Costume Design.

Tickets on sale April 30 at cinderellamusical.com.au

Phantom at the Opera House

The news about Cinderella follows hot on the heels of the announcement that Opera Australia is joining forces with the Really Useful Group to stage Andrew Lloyd Webber's musical The Phantom of the Opera at the Sydney Opera House in September. 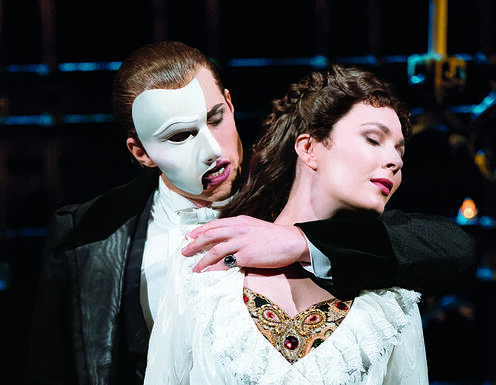 Josh Piterman and Kelly Mathieson in The Phantom of the Opera on London's West End. Photo: Manuel Harlan

Marking almost 35 years to the day since it opened in London's West End, before going on to become one of the most successful musicals of all time, this will be the first time in the show's history that it will play in the Joan Sutherland Theatre when it opens.

The show will include a cast and orchestra of 65, making it one of the largest musical productions ever in Australia.

Australia's Josh Piterman, who also played the role of Phantom in London before it closed due to the pandemic, will take up the role again in Sydney.

"Words cannot describe how I feel about being cast in this Sydney Opera House season of The Phantom of the Opera," he said.

"The role of The Phantom has truly been a lifelong dream of mine and donning the mask on the West End stage in such a legendary production was magical in every way.

"Experiencing the global effects of the pandemic especially on the theatre industry over the past year has been difficult for so many, which makes it an even bigger honour to now be able to play The Phantom at home, helping to resurrect our industry and bring people back to our theatres."

Based on the classic novel Le Fantme de L'Opéra by Gaston Leroux, The Phantom of the Opera tells the story of a masked figure who lurks beneath the catacombs of the Paris Opera House, exercising a reign of terror over all who inhabit it.

He falls in love with young soprano, Christine, and devotes himself to creating a new star by nurturing her extraordinary talents and by employing all of the devious methods at his command.

For The Phantom of the Opera tickets and details click HERE.