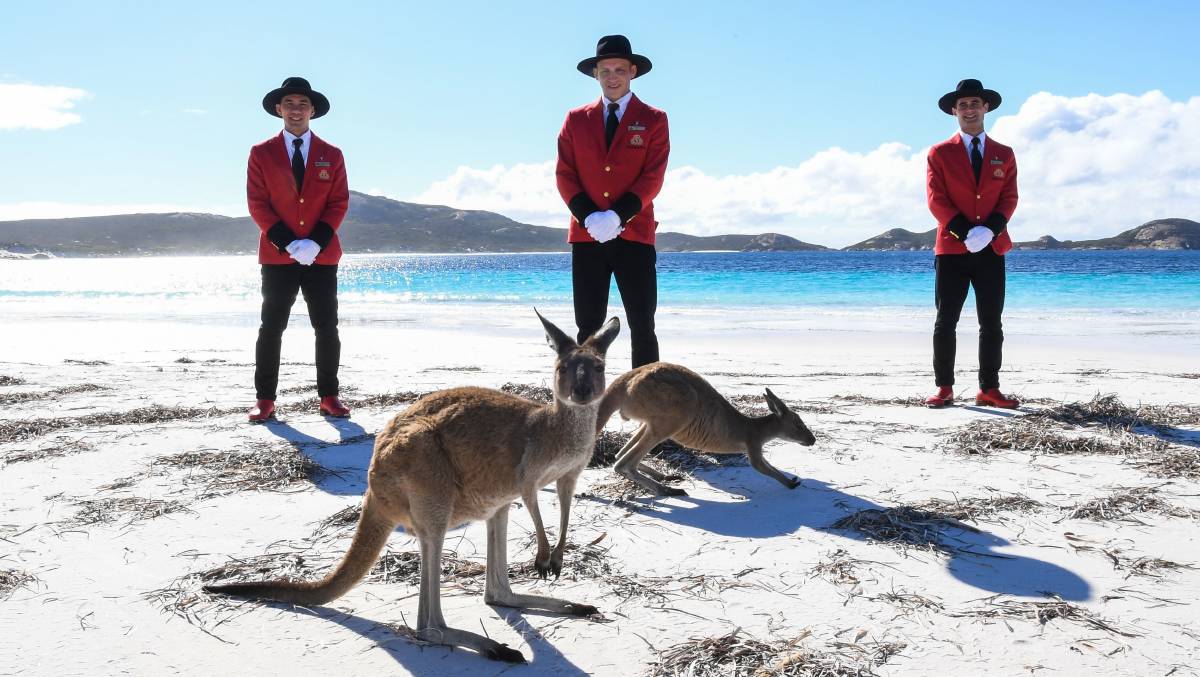 WITH BELLS ON: Cunard's bell boys can't wait to get their toes into Australian sand again.

CRUISE lovers will have the chance to enjoy the royal treatment aboard Cunard's Queen Elizabeth from November 2022.

The popular cruise line's three Queens - the Queen Mary 2, Queen Victoria and Queen Elizabeth will sail into Australia in 2022-23.

As part of the celebration, the Queen Elizabeth will complete her first circumnavigations of Australia as part of a 121-day record homeport season.

The ship will visit 15 Australian ports, from major city ports to regional ones like Port Douglas, Airlie Beach, Esperance, Eden and Kangaroo Island.

It will offer the opportunity for sailings ranging from two to 31 nights.

The Queen Mary 2 and Queen Victoria will make calls to Sydney and Fremantle, with voyages mirroring many ports of call from Cunard's inaugural world sailings on RMS Laconia and RMS Samaria.

Cunard Australia's Commercial Director Katrina McAlpine said the company had a "special place in the hearts of Australians".

"This was never more apparent than when Queen Mary 2 brought Sydney to a standstill on her maiden call in 2007," Katrina said.

"A visit to Australia by one or more Cunard Queens is often cited as the high point of the summer cruise season."

Queen Elizabeth's 28-day round-Australia voyage will leave Sydney on November 15 next year and is priced from $9,299.