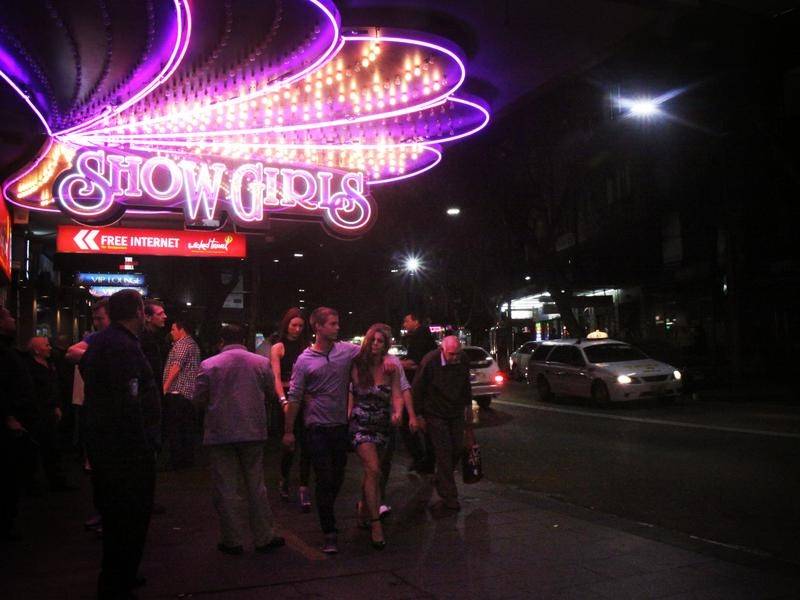 The last of Sydney's controversial lockout laws in Kings Cross are set to end.

The last of Sydney's controversial lockout laws in Kings Cross are set for the bin, but nightlife advocates say the district will never revert to its former g...

The last of Sydney's controversial lockout laws in Kings Cross are set for the bin, but nightlife advocates say the district will never revert to its former glory.

The change comes into effect from midnight on Monday as part of a NSW government bid to revive the area's night-time economy.

From midnight, alcohol can be served in the Cross until 3.30am - giving patrons an extra two hours of drinking and entertainment time.

Restrictions on particular drinks, shots, cut-price cocktails and glass tumblers after midnight will also be wound back, as will the requirement for responsible service of alcohol, marshals and CCTV surveillance.

The 1.30am "lockout" time will be removed altogether.

The lockout laws were introduced in 2014 after the deaths of one-punch victims Thomas Kelly and Daniel Christie and were officially repealed in inner Sydney in January 2020, but remained in place in the Cross.

But Keep Sydney Open director Tyson Koh, who led efforts to remove the laws, told AAP the Cross' reputation as a "nightlife Mecca" was forever gone.

However he said the repeal of lockout laws elsewhere in inner Sydney had helped create more "buzz" and local activity, particularly on Oxford Street, and the changes around Kings Cross may have a similar effect.

"I don't think Kings Cross will revert back to what it was and I don't think it will ever really become a lightning rod for culture and entertainment," Mr Koh said.

"That being said, now the lockout laws have been removed from every part of the city, that will go some way to restoring confidence in the city's culture.

"Kings Cross as a nightlife precinct has had its day, it's what the government wanted ... the laws have been lifted at a time when it's almost a moot point."

Mr Koh said the laws had caused "scores" of local Kings Cross businesses and establishments to shut, and believed the gentrification of the district - particularly through new development - would likely continue.

Kings Cross would more likely cater to the local community's needs in the future than serve as a magnet for people from all over Sydney, he said.

He also threatened a return to restrictions if violence escalated, saying local police were "not going to take their eye off the ball".

But the head of the Australian Medical Association in NSW, Danielle McMullen, described the change as "disappointing" and "irresponsible", saying the lockout laws had successfully reduced alcohol-related harm.

It comes after business lobby group Business Sydney on Saturday released a report which found that less than a quarter of human activity in the Sydney CBD occurs between the hours of 6pm and 6am.

"The fact nearly three quarters of activity in the CBD happens between 6am and 6pm means people working flexible hours and those doing regular overnight shifts aren't accessing many goods and services that would boost economic activity greatly at night," executive director Katherine O'Regan said.