It's a compost and a garden seat. 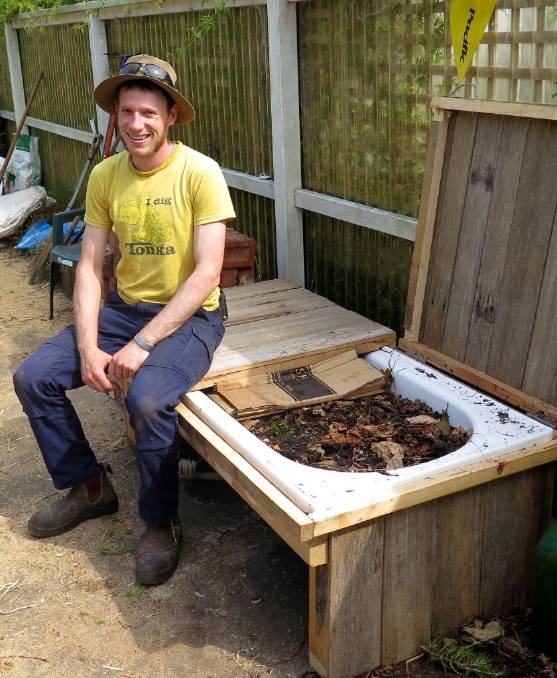 In case you don't know about compost worms yet, they're highly beneficial for the soil and food crops.

They stay busy aerating and cycling nutrients making them more available to other members of the soil food web and to the precious plants which we happen to depend on for a good portion of our survival.

In short, compost worms are awesome and you want them.

The bathtub worm farm is a true beauty and, when designed properly, can double as a table for potting up or doing garden jobs on ... or even a seat.

A worm farm seat is a great way to house these beneficial soil lovers, while also providing a handy bench or seat.

The key functions of this particular worm farm are to process food scraps from the kitchen - providing worm castings and worm wee for the kitchen garden nearby.

It's also central to the social area that's integrated into the same area, providing a big comfy seat for a few people to hang out on. 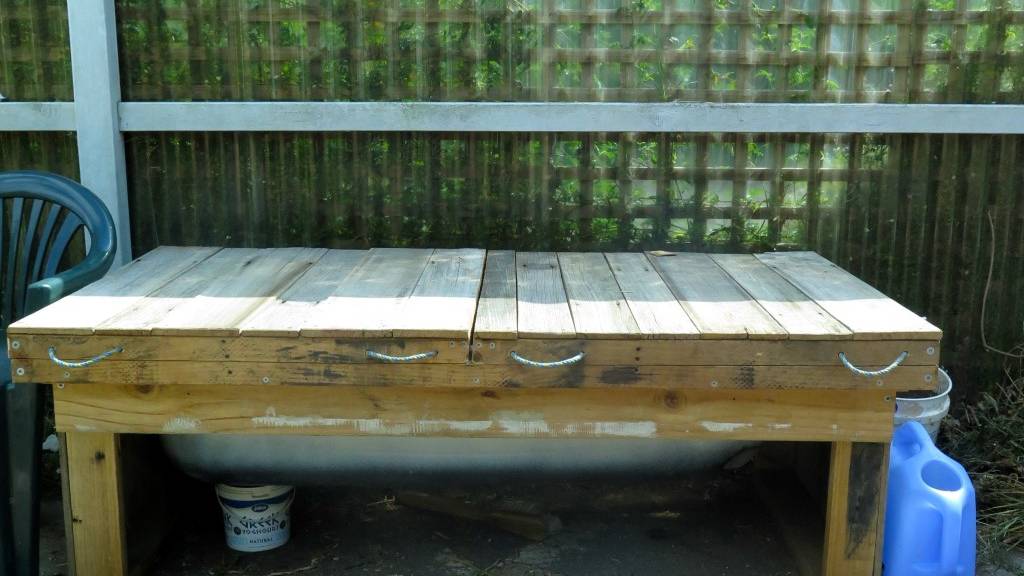 This bench was built a few years ago at one of our permaculture design courses with the help of course coordinator, Blake Harder.

Built from an old bathtub and timber, only the screws and hinges were bought from the local hardware.

Crucial to a good worm farm is drainage. Blake made a false floor out of lattice and shade cloth which is cut to the right size that it can wedge into the bathtub nicely, leaving a gap that's approximately 10cm deep, plenty of room for the worm wee to travel through the plug hole and letting in good air to the system.

The next step is to fill the worm farm with a range of organic matter. I've seen worm farms with only cow poo/horse poo, so it's not essential to have diverse ingredients, but I prefer diversity at every opportunity.

With this in mind, we filled the worm farm with leaf litter, some half-composted organic matter, mixed greens from the kitchen and some water.

We emptied the compost worms into the top of the bath and quickly covered them as they hate sunlight.

To help moderate the moisture and temperature levels, we put a simple layer of damp cardboard on top.

You could also use newspaper, hessian or thick pads of straw.

I generally recommend against using carpet as most modern carpet has heavy glues in it which will harm the worms.

Directly below the bathtub's plug hole sits a bucket to collect the "worm wee" which can then be diluted and placed on the garden.

You could build your worm farm slightly higher so you can have a large bucket beneath it, or find a bucket with a bigger capacity (and is still short) - whatever works for you.