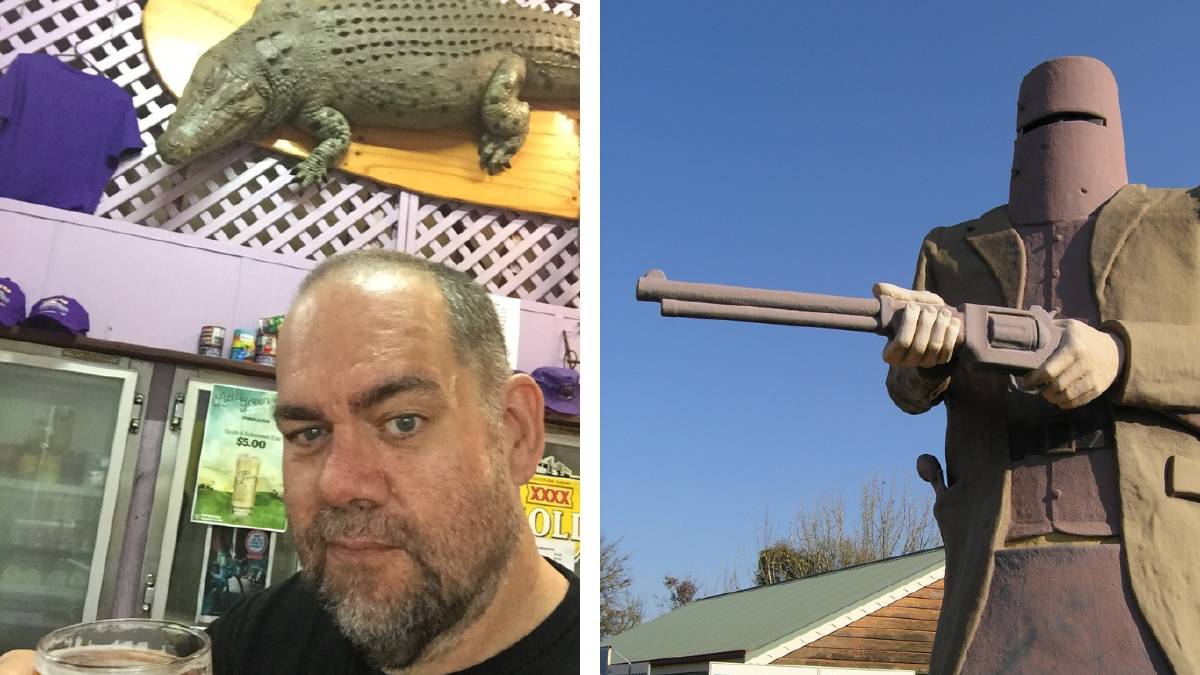 AUSTRALIAN AS: The author enjoys a drink at the Purple Pub in Normanton, Queensland (left). The oversized statue of Ned Kelly at Glenrowan, the Victorian town where the bushranger was captured in a siege in 1880.

From bakeries to big things, this is what we're famous for.

A recent episode of ABC TV's advertising-related show Gruen challenged advertising agencies to make a television commercial encouraging Aussies to travel within Australia. Because at this stage, that's all we can do.

In one of the ads, the voiceover segued from the mighty wonders of nature to exploring local bakeries. And that is exactly something Aussies do when we visit a new country town - make a beeline for the local bakeries to discover which one is best.

Which made me wonder: what other things do we take an interest in, which might not interest the average overseas tourist?

I grew up in south-west Western Australia, and everyone from Perth to Albany knew the Dunsborough Bakery. Somehow this bakehouse in a coastal town of 5000 drew people from far and wide for one of their pies or sausage rolls.

Another famous bakery is the Ouyen Mallee Bakery in the Victorian town of Ouyen (population 1000). It made a name for itself in the 1990s with its excellent vanilla slice, which led to the town staging the Great Australian Vanilla Slice Triumph from 1998-2011.

This quest for the divine sought a slice that "when tasted, should reveal a custard with a creamy smooth texture and a balance of vanilla taste with a crisp, crunchy pastry topped with a smooth and shiny glaze/fondant".

Sadly the stress of judging vanilla slices took its toll, and Ouyen handed the event on. Nowadays it's held in Mildura, Victoria.

Why do Aussies care about small-town bakeries so much? I suspect they're symbols of a simpler time: rarely part of larger chains, and with idiosyncratic decor and distinctive baked products. They're a warm, tasty reminder of a less commercially packaged past.

Country newsagencies are another reminder of a forgotten era to we city-dwellers. When I was a kid, I loved going into the newsagency in the nearest town to our WA farm, Donnybrook (population 2800).

In those days rural newsagencies were caverns of wonder, with what seemed miles of shelves of magazines, newspapers and comic books, along with books, stationery and other random merchandise. 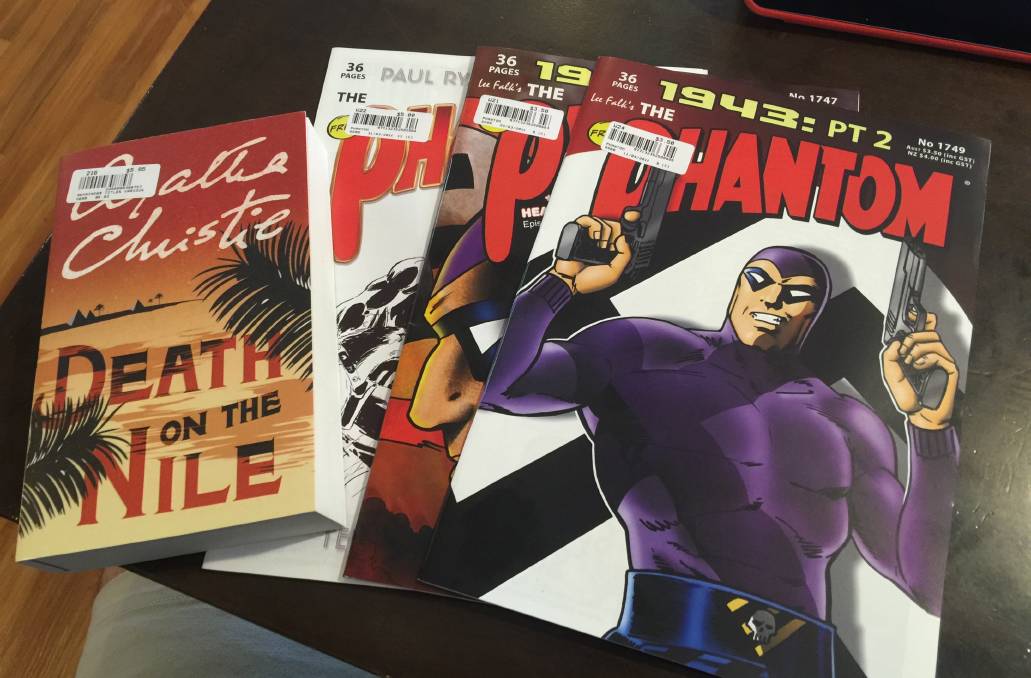 VERY GOOD READS: You can still unearth gems like these Phantom comics at old country newsagents.

The sprawling country newsagency lives on here and there. In 2016, I caught the Spirit of the Outback train from Brisbane to Longreach and found a cornucopia of printed delights for sale. In a fit of nostalgia I lashed out on a few Phantom comics for the return journey.

Regional pubs have their individual charms. In 2018 when I undertook a six-week round-Australia rail trip, I dropped into the Purple Pub in remote Normanton, Queensland.

It was a fun place, pure Outback Aussie, with its front bar opening onto a broad verandah via shutters that could be closed against tropical squalls. Oh, and it was painted a bright purple.

But why? Rumour has it a previous landlord wanted to repaint it, but the wrong tone was shipped to Normanton. So he made do.

You have to love a pub with a story like that.

Australians love big things. Why, I have no idea. But they're nearly always located in or near country towns.

I've visited a few, one of the most memorable being the Big Ned Kelly at Glenrowan (population 1000), the Victorian town where the bushranger was captured in a siege in 1880.

And at the other end of the seriousness spectrum, I dropped in on the Big Rocking Horse at South Australia's Gumeracha (population 700).

Having begun life as a promotion for a nearby wooden toy workshop, nowadays the Big Rocking Horse draws visitors to a wildlife park. I don't quite see the connection. But at 18.3 metres in height and 25 tonnes in weight, you'd have to agree that it is Big.