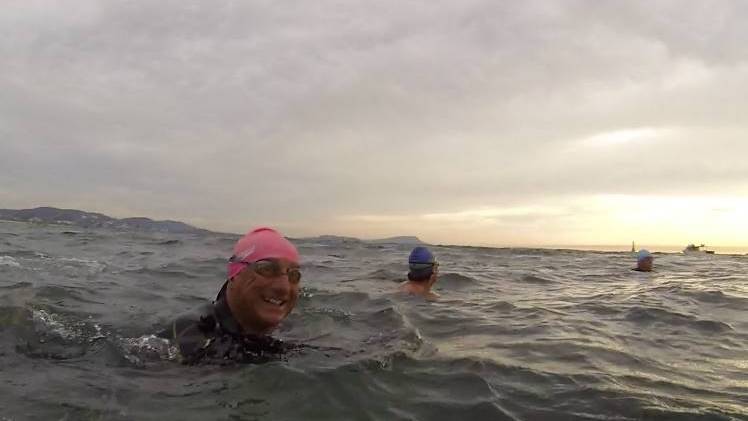 IN THEIR ELEMENT: Silver Salties having a swell time at Terrigal on the NSW Central Coast.

Surf lifesaving clubs offer 20 activity programs to community - and not all in the water.

And he lives by that belief week in, week out as a member of the Silver Salties, a program developed by Surf Lifesaving Australia to encourage physical activity and social connections among seniors.

Delivered by surf lifesaving clubs around the country, tiative is designed for men and women aged 65-plus but welcomes all adults regardless of age or experience.

It offers 20 programs that can be delivered near the park, clubhouse, beach, pool, or surf. Clubs include North Avoca in NSW, Anglesea in Victoria, Dicky Beach in Queensland, Penguin in Tasmania, Binningup in WA and Seacliff in SA, 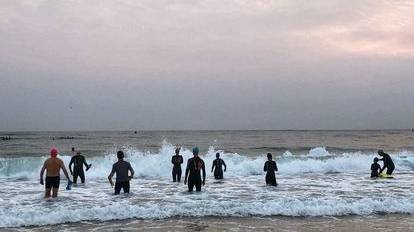 LAST ONE IN'S A ROTTEN EGG: The Silver Salties greet the day with a bracing dip.

Rick, a 30-year member of North Avoca who has lived on the NSW Central Coast for 45 years, leads the safe surf swim group twice a week.

His club offers two groups, both meeting at nearby Terrigal twice a week.

The first is led by his fellow North Avoca veteran Paul Johnston, who has notched up 50 years with the club.

It starts at 7am, with members taking to the water at The Haven, just around the point from Terrigal Beach.

"I sometimes swim with them if I get out of bed," Rick said with a laugh. "But mainly I'm with a group that meets at 10 o'clock over at Terrigal surf club.

"About 20 or 30 of us swim there on a semi-regular basis. We're mostly oldies, though there's a couple of slightly younger ones. Our group has people in their 70s and one bloke who's 83.

"I'd say about half have connections to either Terrigal or North Avoca, but a lot are friends of us who have started to swim.

"Some may become social members so they can have a shower and that, but not necessarily. It's not uncommon for someone to drop by and ask if they can join us. And of course they can."

Rick said his and Paul's main focus was simply to encourage people to swim, be active and "just give it a go".

People of any ability are welcome. 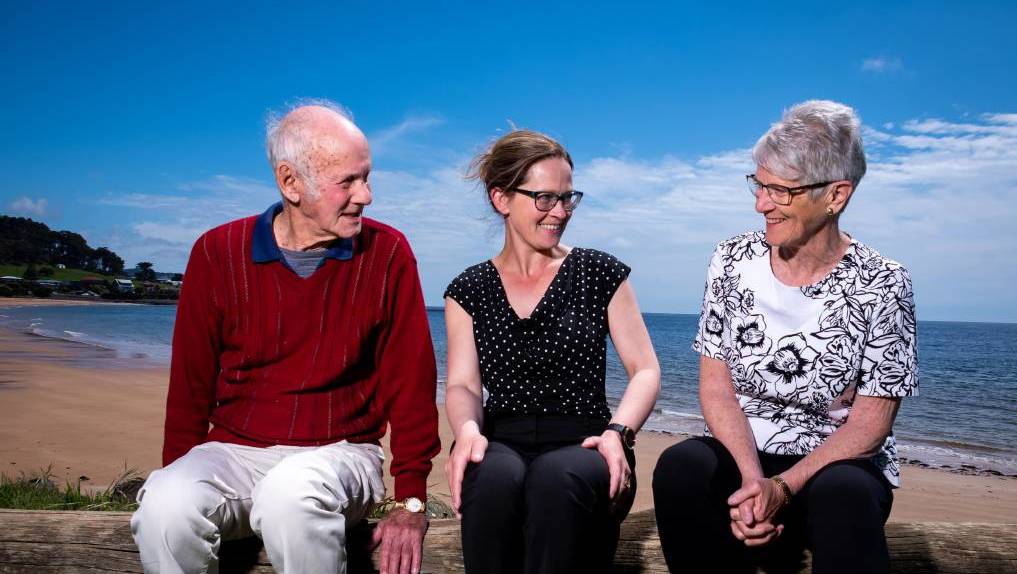 "There are some tortoises and some bloody good swimmers. I've known people who when they started couldn't go 20 metres. Now it's nothing for them to go over a kilometre."

Rick said one member is among the best ocean swimmers in his age group in the world.

"He's not in the slow lane; he's in the fast lane with the best kids."

People in the group connect in other ways too.

"In my group, a lot of them are golfers, some them have sea kayaks, others go on bike runs. They're people looking to do things, to be active, and to encourage others to be active with them.

"I think when people aren't encouraged to be active, that's when they do slow down. If we as a group do no more than get people off their bums and doing things, that's still a great result."