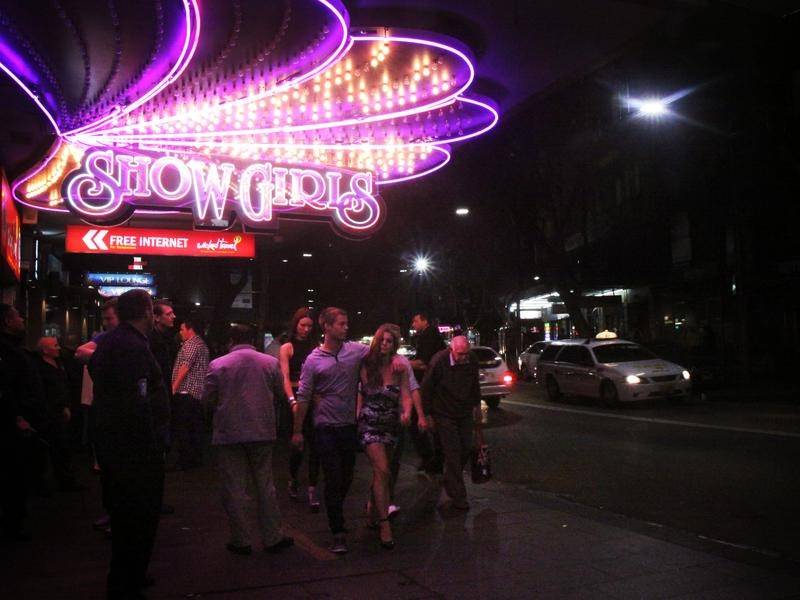 The last of Sydney's controversial lockout laws are being scrapped in Kings Cross with hopes of transforming the notoriously sleazy precinct into an all-hours...

The last of Sydney's controversial lockout laws are being scrapped in Kings Cross with hopes of transforming the notoriously sleazy precinct into an all-hours destination, buzzing with funky small bars, cafes and restaurants.

The decision is part of a NSW government bid to revive the area's night-time economy, which was hit hard by the pandemic.

The laws shutting down drinks venues from 1.30am were removed from venues in the CBD in January last year, but remained in Kings Cross.

From March 8, alcohol can be served in the Cross until 3.30am, giving patrons an extra two hours of drinking and entertainment.

Restrictions on particular drinks, shots, cut-price cocktails and glass tumblers after midnight will also go, as will the requirement for responsible service of alcohol marshals and CCTV surveillance.

The laws were introduced in 2014 to quell alcohol-fuelled violence after the death of 18-year-old Thomas Kelly, who was killed in a one-punch attack as he walked along a Kings Cross street.

While there will still be some nightclubs in the area, the focus will be on small bars, restaurants and cafes.

He threatened a return to restrictions if violence escalated.

"(Police) are not going to take their eye off the ball," he told reporters on Tuesday.

"They are going to be there and constantly monitoring. If there is a change, we will be back and we will introduce further restrictions to make sure people are safe."

NSW Police Assistant Commissioner Mick Willing said he had contacted Thomas Kelly's father Ralph, who spoke about "not wanting to see us not go forward".

However, the head of the Australian Medical Association in NSW, Danielle McMullen, described the change as "disappointing" and "irresponsible".

It was irresponsible to remove the laws without tackling Australia's drinking culture, she said.

Jobs, Investment and Tourism Minister Stuart Ayres said the move provided an opportunity to bring Sydney back better than ever after the pandemic crushed the tourism, hospitality and arts sectors.

The government would work with council and industry to "identify and activate unique and thriving economic hubs across Sydney" under the new strategy.

"It will result in a network of activated 24-hour Economy hubs across Sydney - each offering a distinct experience, and well connected by efficient transport options," he said

Committee for Sydney CEO Gabriel Metcalf said the move was "the final piece in a puzzle that lets Sydney declare to the world that it is open once more".

"This is timely recognition that Sydney can have a vibrant 24-hour economy without sacrificing people's safety and wellbeing, and an important step towards rebuilding Sydney's crucial cultural, night time and visitor economies from the devastation of COVID-19," she said.

New 24-Hour Economy Commissioner Michael Rodrigues will lead the strategy with the aim of making Sydney the best place to live, work and play.

"I'm excited about the upcoming opportunities and to champion the 24-Hour Economy strategy as we deliver a nightlife that will sit alongside New York, London and Tokyo," he said in a statement.

"Harmonising the licensing conditions with the rest of the Sydney CBD and Oxford Street is long overdue and will bring hope to businesses who have been doing it tough," he said in a statement.

"Global cities don't tell people when to go to sleep, they help them have a fun and safe night."