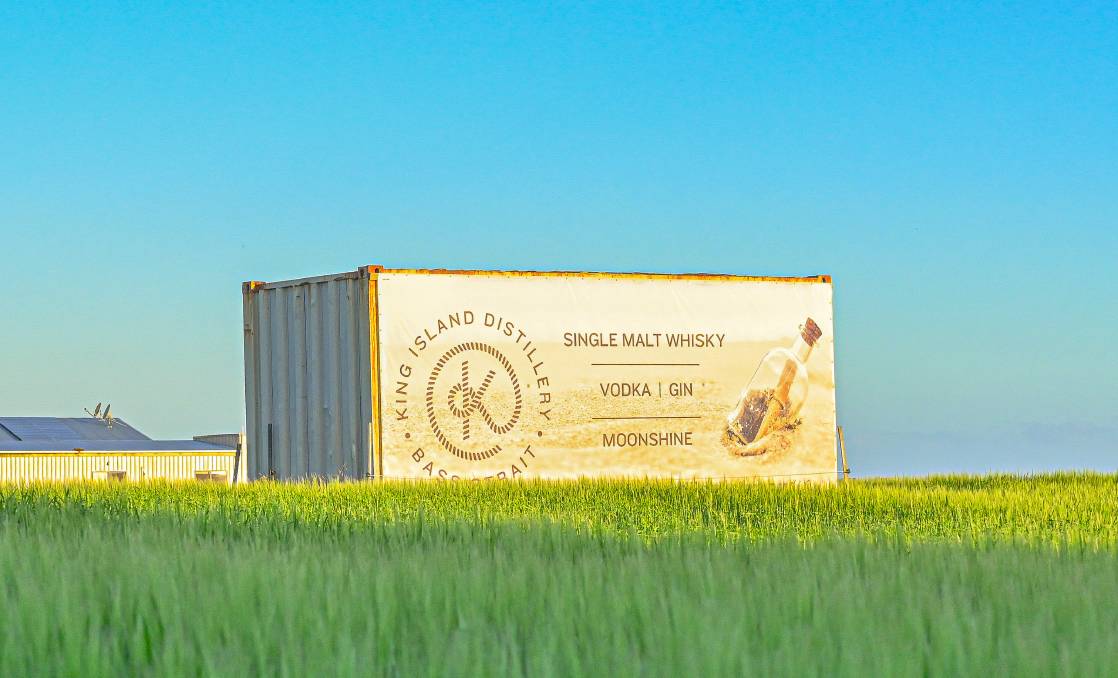 A container sits among the barley, which will be made into a premium whisky at a new distillery being set up on King Island. Photo: Supplied

A top-of-the-line liquor distillery is taking shape on an island in Bass Strait.

Managing director Vaughan O'Connor has applied for a permit to build and run the King Island Distillery, at 3424 North Road, which will be producing whisky, gin, vodka and moonshine.

"We're doing a few things with the distillery, so it will be a large operation," Mr O'Connor said.

"We'll be one of the only distilleries farming barley; we have the crop in the ground. We purchased a grain harvester and shipped it to King Island."

He said the idea came out of his work as the head of Rapid Media, a media and communications firm with branches in three states.

"I create a lot of global brands for my clients. I'm a part-time resident on King Island. We have the property there, and my family fell in love with the place and the purity of the island.

"Everything that grows on it or is caught around it tastes amazing."

He has drawn on the history of King Island to name the products, which he said will be super-premium, aimed at a global market.

The moonshine will be called Martha's Moonshine after the beach on the island, and the vodka is called Waterwitch after a shipwreck off the King Island coast, whose survivors helped populate the island.

The dry and Pinot Noir Gidley gins also refer to the island's history, with the whisky called Cape Wickham.

"We are assembling all the equipment, and the licence to manufacture is approved, so now we're into the final touches before we can start the distilling.

"We'll be bottling the gin, vodka and moonshine after June 2021. The whisky will be 10-12 years in oak to mature." Comments close with the King Island Council on January 19.

The story Moonshine in the making on King Island first appeared on The Examiner.