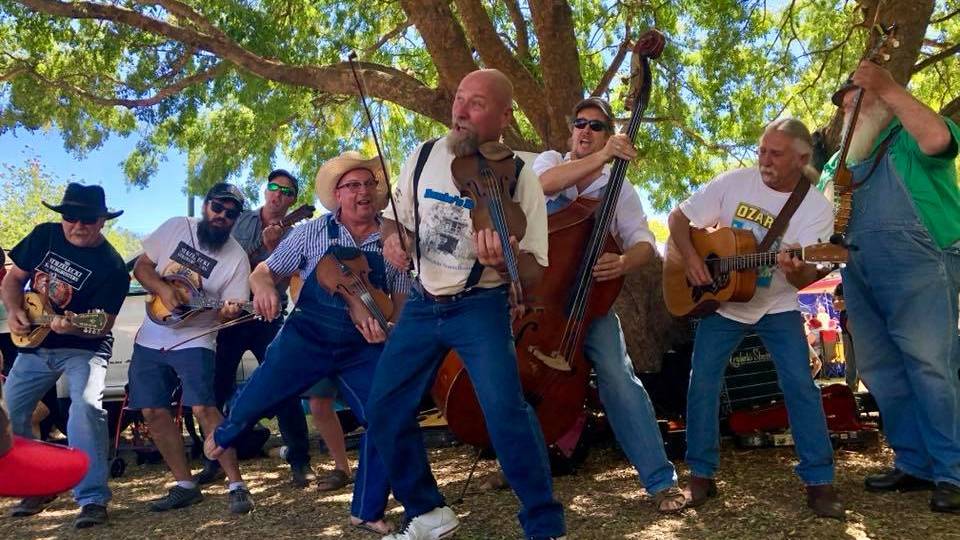 MOUNTAIN MEN: The Strzelecki Stringbusters are a 13-piece string band who play everything from bluegrass and western swing to country and the blues.

Country music fans feeling starved of entertainment are in for a treat in April with the launch of a new country music festival in Victoria.

Artists will include Brad Cox, Casey Barnes, Felicity Urquhart and Andrew Swift. Adding to the local flavour will be home-grown talents The Davidson Brothers and the Strzelecki Stringbusters.

To be held at Mossvale Park in Berrys Creek, between Leongatha and Mirboo North, the venue is only about 150 kilometres from Melbourne.

The festival is being organised by Red Hill Entertainment, whose team includes brothers Aidan and Rhett McLaren, who grew up and live in Gippsland. Growing up on a sixth-generation dairy and beef farm, they have long been surrounded by fans of country music.

"Up until now there hasn't really been a dedicated country music festival event in our region," Aidan said, adding that he hopes it becomes an annual pilgrimage.

The festival isn't all about music. The event is packed with entertainment, from whip-cracking demonstrations, to line dancing classes, rides, market stalls and a host of fine Gippsland fare.

Plus there's a host of wineries, food producers and boutique accommodation available nearby.