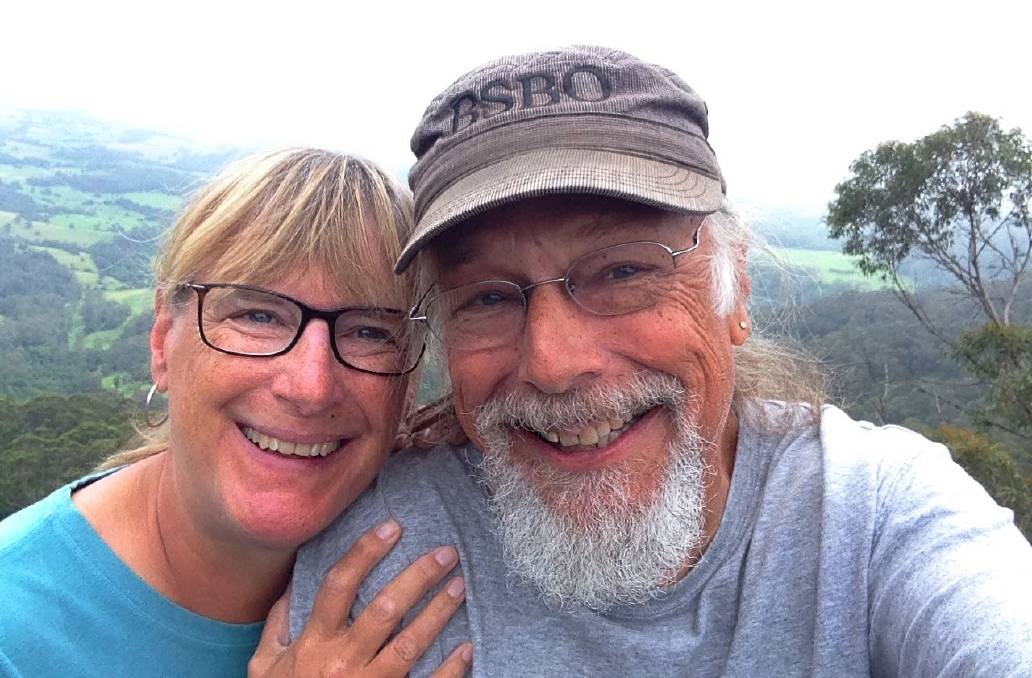 AN AWFULLY BIG ADVENTURE: R. Bruce Richardson and his wife Lynn on their 25th wedding anniversary at Jamberoo, south of Sydney.

US-born birder writes of travels in a different habitat in An Australian Birding Year.

With tattoos of birds running the length of his arm, R. Bruce Richardson truly wears his heart on his sleeve.

US-born Bruce is the author of the recently released An Australian Birding Year, in which he and his wife, Lynn, traversed the continent, seeing 640 species of birds in a year.

And to say he is passionate about birds is to put it lightly.

"The first tattoo I got was a grey grasswren, Amytornis barbatus, which was my 700th bird in Australia. I wanted to commemorate that. So I got it on my 65th birthday.

Originally from the Tidewater region of Virginia, Bruce, now 67, was a touring singer-comedian in his previous life, performing songs such as Momma Don't Eat No Carbsand other gems. Now permanent residents of Australia, Bruce and Lynn live in Lara, Victoria.

"For me, it's all intertwined - the travel, seeing new and familiar things, always being led by the birds," Bruce says.

Travelling in a camper van named Matilda (mournfully replaced by another named Troopi), Bruce and Lynn covered the length of breadth of Australia, from Torquay near home to Gluepot in SA's mallee country to Iron Range in Queensland (where Bruce's father served in the US Army Air Corps during WWII); to Bruny Island; Norfolk Island; the Nullarbor; the Top End and more. 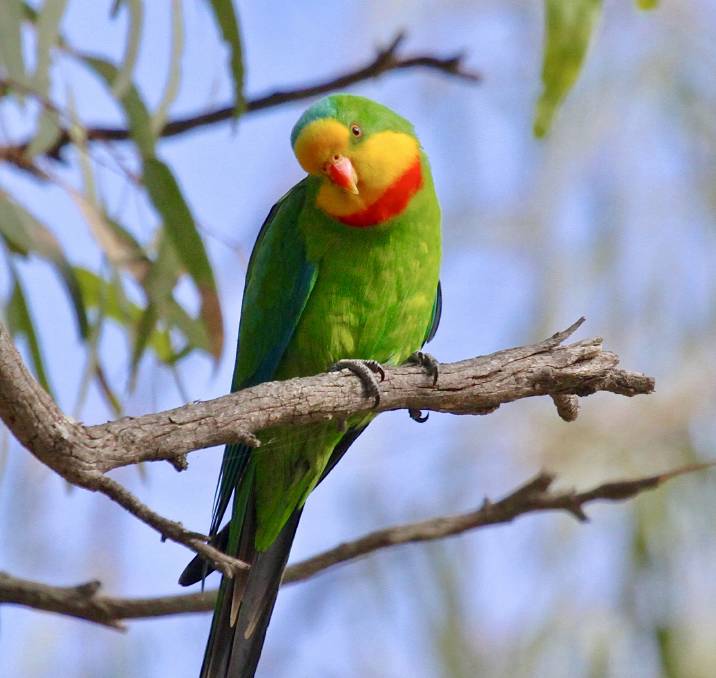 AM I NOT MAGNIFICENT? Superb parrot, November 2015, Deniliquin, NSW.

Bruce writes it was never a quest for numbers so much as for "lifers" (first-time individual sightings). Between them they found almost 700.

Bruce says birders are "incredibly diverse - far more than non-birders tend to think of them".

"There is a stereotype that we don't fit," he says. "You know, the frilly hat-wearing little old lady with tennis shoes running around like Miss Hathaway in TheBeverly Hillbillies.

"Still, they tend to be intelligent, science-conscious, environmentally aware. Some are a bit more obsessive than others. Some deal with anxiety or depression by getting out into nature, which can be incredibly healing and certainly has been for me. But we are all different."

Another thing that may surprise laymen is the camaraderie of birding. "It's amazing how often you cross paths with birders hither and yon. I've been walking at Cheynes Beach [in WA] and had someone behind me go 'Bruce!'. Birders go where birds are so we wind up in similar places at similar times." 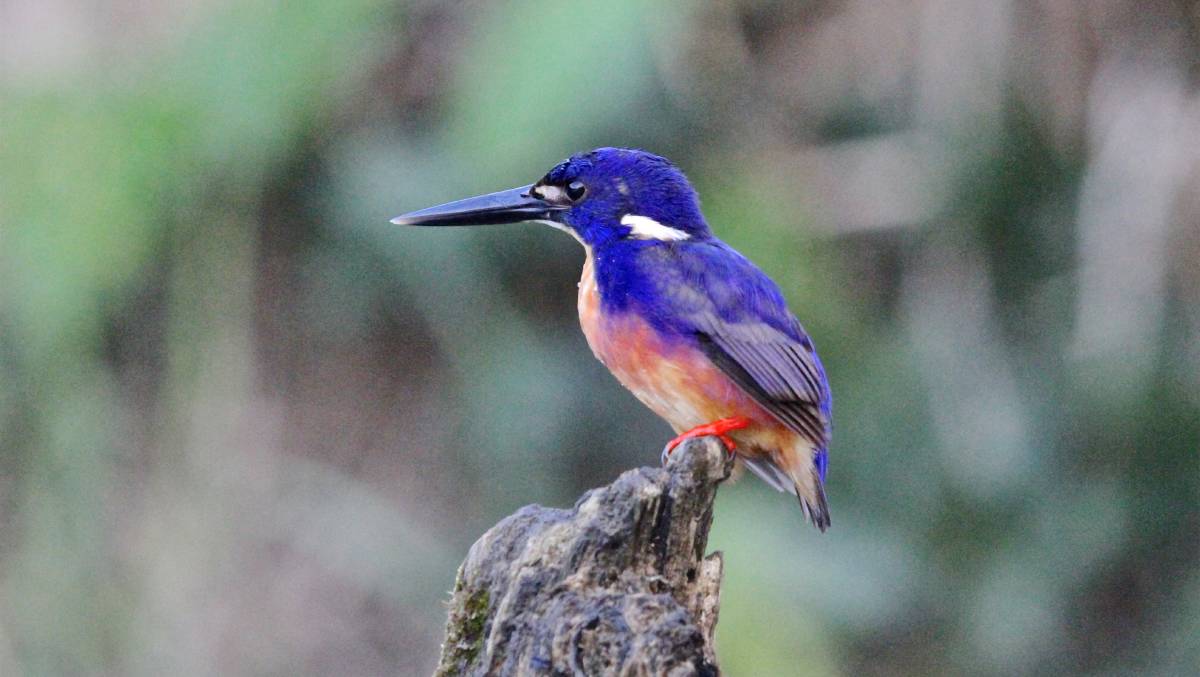 WHO'S A PRETTY ONE?" Azure kingfisher, October 2015, Daintree River, Queensland

Being able to spot birds in their natural habitat is something you develop, says Bruce.

"When I was an entertainer people used to ask how you get good at it. And my answer was always the same - stage time. The more time you spend in front of an audience, the better you get at it.

"And it's the same with birding. The more you bird, the better you get at pattern recognition, at identifying individual birds and seeing the differences. And there's always more to know. That's one of the fun parts of it. "

Bruce did not take up birding in until he came to live in Australia, where Lynn, also US-born, has family. In fact, it was his son-in-law who encouraged him. On the whole, he prefers twitching here: "We've got all the parrots."

An Australian Birding Year is a personal journey of a new Australian clearly enamoured with the country he discovered later in life. Conversational in style, fun and free-flowing, it is peppered with observations, insights and witty tangents about birds, people and himself. 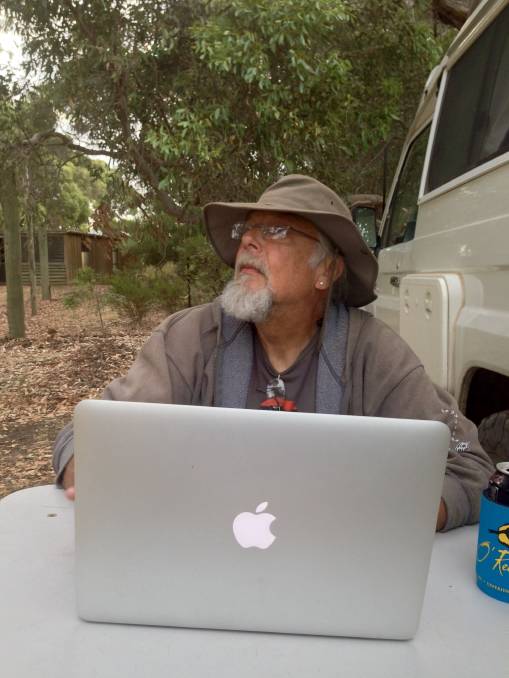 HARK, WHAT'S THAT?: Bruce keeping his eyes and ears open.

As Bruce writes: "There was far more blind faith in this leap of adventure then I had ever leapt before. There were times when I felt as if I was in the very cradle of my comfort zone. And there were times when I filled as if I had left it with the carrion rotting on the roadside ... [But] the joy was worth the fear. That has so often been the case in my life. Nothing worthwhile ever started in my comfort zone."

Since the adventure, Bruce has been working on a sequel covering his later travels, including journeys to Christmas Island, the Cocos and Keeling Islands, and the North Gibson Desert, where he was fortunate to see the rare, elusive and beautiful Princess parrot. "They live about as far from anywhere as you can go without leaving the surface of the Earth." 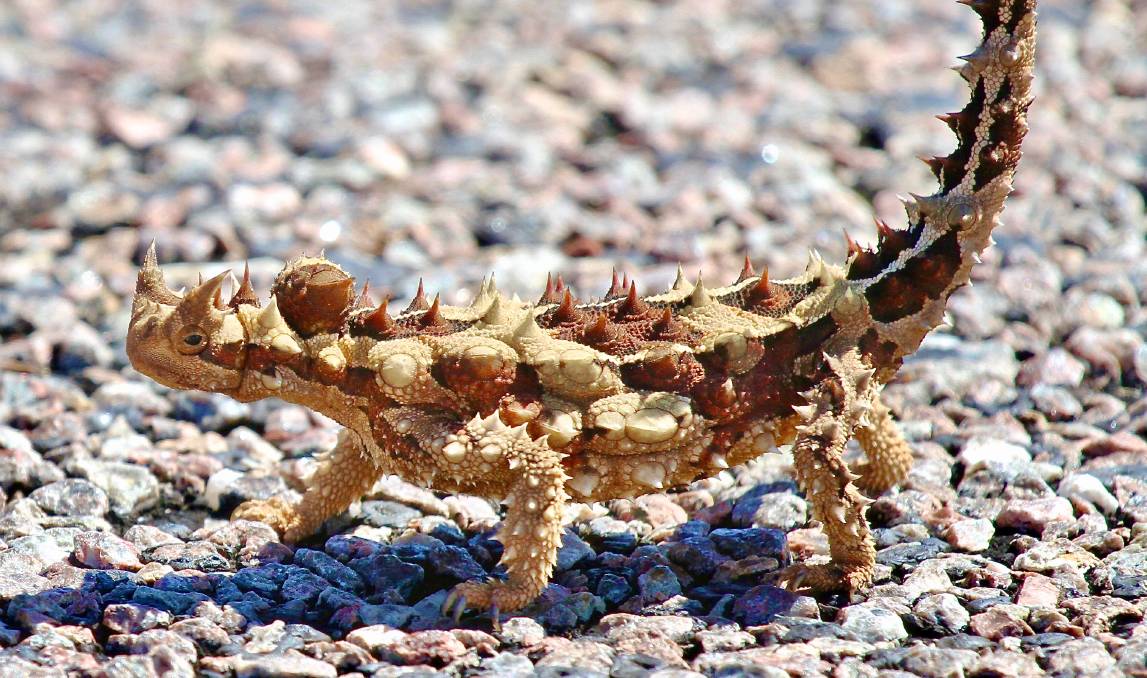 OK, AN EXCEPTION: Thorny devil, May 2016, Barkley Highway, NT. Bruce and Lynn saw it safely across the road.

As he says: "I'd already seen a lot of Australia but birding has shown me so much more."