The Gulgong community is grieving the loss of a beloved teacher and mother.

NSW Health Minister Brad Hazzard has called for a full report on the situation at Gulgong Hospital, also known as Gulgong Multi-Purpose Service (MPS) after a woman bled to death while being treated via telehealth.

Gulgong woman Dawn Trevitt died unexpectedly on Tuesday, September 15 from a gastrointestinal bleed when she presented to Gulgong MPS and was treated by a doctor over teleconference owing to the fact there were no doctors available after hours.

Gulgong MPS has been without a doctor since June after Western NSW Health did not renew a visiting medical officer (VMO) contract, leaving the facility doctorless and forcing patients into telehealth consults - sometimes with a doctor overseas.

The Mudgee Guardian spoke with Dawn's daughter Hayley Olivares who said she wanted to bring attention to an issue that could continue to impact lives in a community that has given her family so much.

Hayley who lives in Canberra but grew up in Gulgong, described the afternoon that her mother died that began with a phone call from her aunty.

"My aunt who was visiting my mum and dad at the time called me late that afternoon and said mum had been picked up by an ambulance and was on the way to hospital," Hayley said.

Hayley called the MPS who told her that her mum was conscious but that they were concerned by her low blood pressure. Hayley initially expected to be told that she was being transported elsewhere.

"They told me that she had presented and they were treating her there, that anybody that worked at the MPS was currently working on her and that she was gravely ill, but was conscious and talking to them," Hayley said. 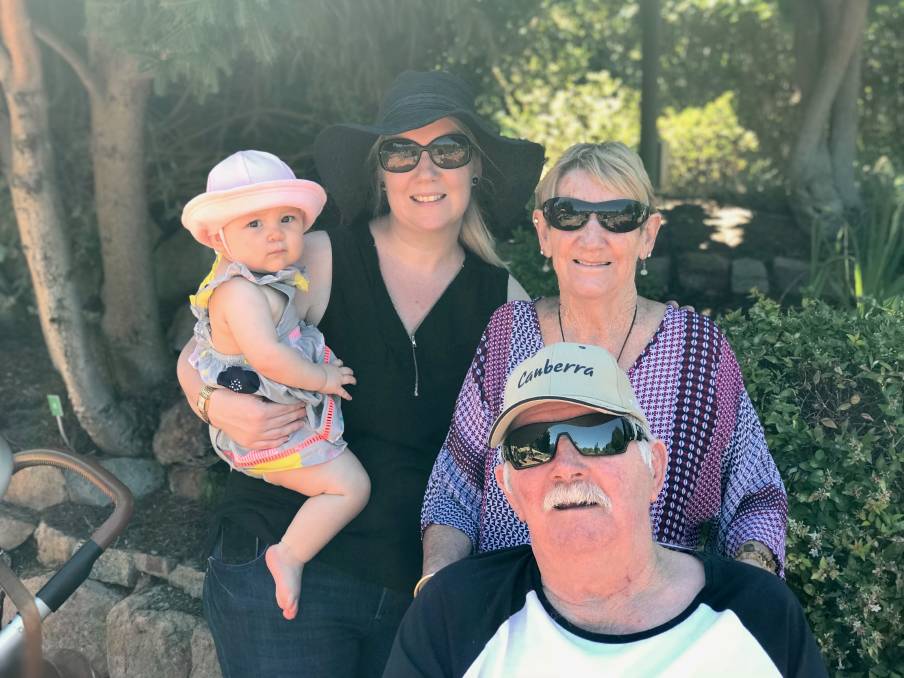 "Mum was only 66. I wasn't tracking that she was unwell.

"They said, give them 20-30 minutes and call back and hopefully they'd have something to tell me at that point."

But before Hayley could call back, her mother had passed away.

"My father, myself and my brother - we were shocked. My brother and I both reside in cities, so when we understood that this is the level of health care that the communities are provided we were mortified. This can't be acceptable," she said.

"I'm not sure who in the decision making process thinks that replacing physical doctors with video facilities is appropriate. I'm not quite sure on what information they're forming those decisions."

A failure of the system

Hayley said she could not stress enough that she sees this as a systemic failure and did not want to single out any MPS staff who go above and beyond to serve the community.

"I don't want them at all to think that this is targeted at mum's specific treatment at the MPS. That's absolutely not what it's about," Hayley said.

"I'm not suggesting that they did anything wrong, or that even having a doctor there would have made a difference to my mum. It's more about asking 'is this an acceptable level of health care for rural and regional Australia?' In my view, no.

"So what are we going to do about it?

"There was no follow up with us as a family from the MPS. I haven't spoken to anybody from that service or facility or from NSW Health since mum has passed away."

In September, Gulgong resident Sharelle Fellows, along with another Gulgong resident Kathryn Pearson decided to distribute both a digital and then a paper petition calling the NSW Health Minister to appoint a doctor as a matter of urgency. 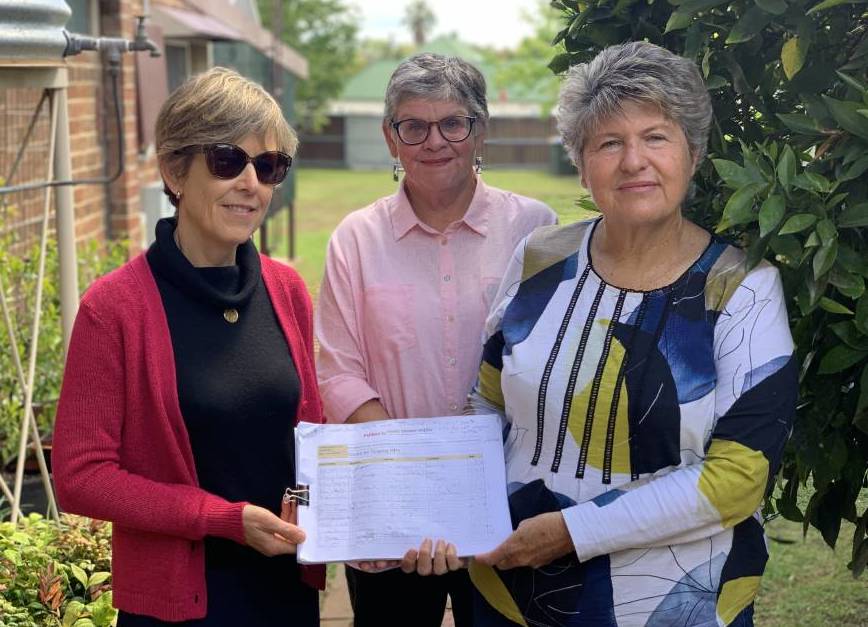 HOPE: Gulgong residents Kathryn Pearson, Kitty Eggerking and Sharelle Fellows holding the paper petition which has been signed more than 1600 times from residents and supporters of the call. Photo: Benjamin Palmer

The petition now has more than 3000 signatures.

"We hope to get the petition finalised and to Parliament within the next two weeks while parliament is still sitting," Sharelle said.

"People in the community are shocked and saddened as they had not realised the circumstances of Dawn's death. Many people were still unaware that there was no physical doctor present at the MPS in emergency situations. The situation needs immediate resolution."

The Mudgee Guardian has earlier in the year reported on the issues arising in Coolah and Gulgong communities when VMO contracts were not being renewed, leaving towns without adequate medical services.

Western NSW has come under fire for the way these contracts are being offered with reduced compensation. Former Coolah GP Dr Abbas Haghshenas confirmed that his decision to leave the area after five years came after a new contract offered less pay.

"It was disrespectful I thought, after five years and training two more doctors. I didn't expect a pay rise but not pay cut either," he said.

In September, a Western NSW Health spokesperson told the Mudgee Guardian that it was a challenge attracting doctors to regional areas.

"The Western NSW Local Health District (WNSWLHD) has been, and continues to, actively recruit for Visiting Medical Officer roles at Gulgong Multi-Purpose Service," the spokesperson said.

"Recruiting health professionals to regional, rural and remote areas is a challenge nationwide and not just confined to our region, regardless of financial incentives."

The story 'Mum was only 66': Hayley Olivares' mother died at a doctorless Gulgong hospital first appeared on Mudgee Guardian.