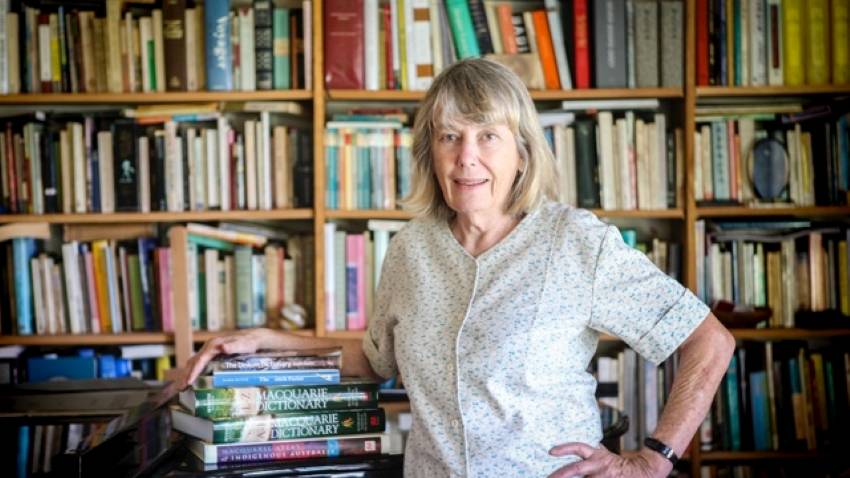 WORKER FOR THE CLAUSE: Lexicographer Sue Butler examines the quirks of the English language in her latest book.

AFTER a lifetime of working with words, Sue Butler is well placed to ponder the intricacies and evolution of the English language.

The former long-time Macquarie Dictionary Australia editor presents a comprehensive exploration of the language in her new book Rebel Without a Clause.

The book examines quirks of the language such as mispronunciations and misuses of words, mixed metaphors, colloquialisms, popular idioms, political cliches and more.

A love of the language

The author, lexicographer and Order of Australia recipient said her fascination with English started at a young age.

"I was always a good reader, as the phrase goes these days. I liked reading books and read a lot of them," she said.

Her interest only intensified when a school teacher loaned her a book called Words and Their Meaning.

After completing a Bachelor of Arts Degree, she replied to an advert for a research assistant to work on a new Australian dictionary project with Macquarie University's Linguistics Department. .

Sue said she was fascinated by the way words and phrases evolved and in some cases become misrepresented over time.

"I get a bit cross when words or phrases are confused for no apparent reason," she said.

She cited an increasing number of people using the word infamous in place of famous as an example.

"I think people line it (the word) up with words like intense, but while the use of 'in' reinforces some words, for others it gives the opposite meaning."

"People like to look for parallels in English, with lines that run in a set."

Sue said phrases such as handing over the reins of power were another area of the language which could cause a lot of confusion.

"The phrase relates to holding the reins of a horse and being in control, but because not many people ride horses these days, a lot of people use reigns."

"I think it is clumsy and a bit disturbing and goes into the category of errors that should be fixed."

A less troublesome example was people replacing the phrase hoe a long row with hauling the long road, turning an agricultural reference into a more contemporary truck driving one.

Another common mistake was the use of the term hoi polloi.

The term is derived from Greek and means the masses, or common people, but is now often used in reference to the rich and powerful.

"I can only guess people are getting the term confused with hoity-toity," she said.

Sue said the aim of the book was not to lecture people, but rather to provide information they would find fun and interesting.

"This is not a grammar text. I am not societys proofreader." she said.

"I am not aiming to scold or correct but, as a dictionary editor, I have a habit of noticing things which I then want to put in a context of some kind. I want to analyse what's happening."

"When it comes to language, we are all experts and any native English speaker is entitled to have a say."