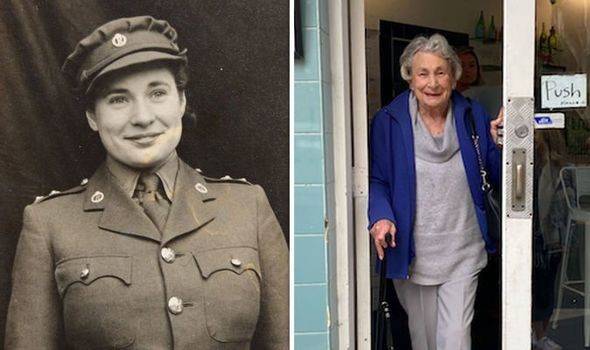 BAFFLED: Despite her wartime service as a nurse, expat Patricia Coulthard's British pension has been frozen.

Patricia Coulthard is one of many British veterans living in Australia who have their pensions frozen.

At 98 years old, UK expat Patricia Coulthard wonders why her service as a nurse in World War II is worth so little to the British government.

As a young woman, Patricia nursed wounded soldiers after Dunkirk and in dangerous wartime conditions in India and Burma. She suffered severe deprivation and illness and didn't see her parents in England for three years.

Patricia eventually moved to Australia and receives a small UK pension (about £45 per week - or $80), the same amount she has received since arriving in Australia.

It never goes up because British retirees living in Australia and many other countries have their pensions frozen at the rate it was when they left the UK or became eligible for a UK pension if they were living outside of the UK at that time.

Many of these people are veterans.

It recently took its Broken Faith booklet to the PM's electorate office.

The booklet provides insight into the lives of veterans, 18 of whom live in Australia, some from WWII, who are denied a full British pension because their pension is "frozen".

People who paid UK National Insurance Contributions whether they were born in the UK or were born elsewhere and worked for a period of time in the UK, are usually eligible for all or part of a British pension.

However, there are more than 100 countries where the UK pension is frozen, including Australia, Canada, New Zealand and South Africa. Retirees living in countries with which the UK has reciprocal arrangements, such as the EU and the US, have their pension indexed annually.

"It does leave me baffled as to why some overseas UK pensioners receive a much more substantial pension, and I am somehow not entitled," Patricia said.

"It is so important to me and I hope before my time is up something can be done about this unfairness."

Jim Tilley from BPiA said if British pensions were unfrozen it would bring more than $1.035 billion into Australia annually.