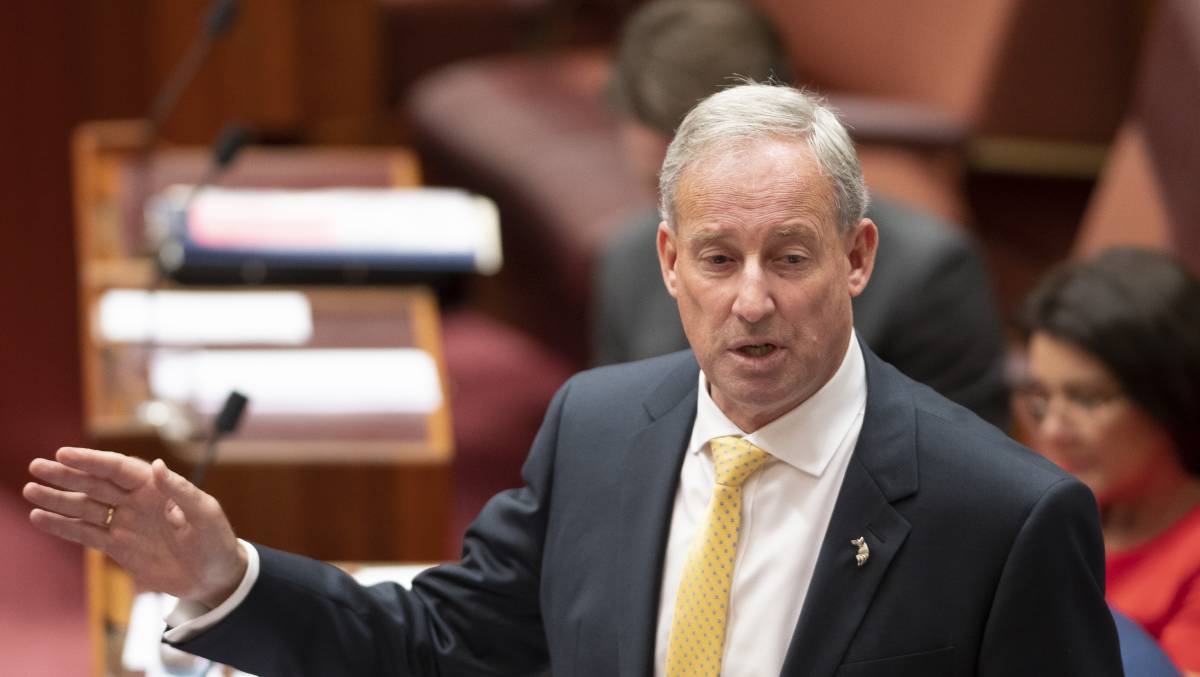 The response to the coronavirus outbreak at Newmarch House was marked by confused decision-making, the royal commission has heard.

Aged Care Minister Richard Colbeck intervened in the Newmarch House response to the coronavirus outbreak, after tensions between various authorities over the transfer of residents to hospital threatened to boil over.

The management of the outbreak at Newmarch House is being interrogated by the aged care royal commission, which has heard chaos and lack of clear accountability between federal and state authorities added to the difficult situation.

Of the residents at the aged care home, 37 were infected with the virus and 19 died, and the royal commission has been told there was confusion about which levels of government should be providing guidance.

Just two residents were transferred to hospital, as the facility was at the centre of a "stand-off" between authorities, with NSW health preferring for a "hospital in the home" policy to be implemented.

Anglicare chief executive Grant Millard said there was disagreement between Commonwealth and NSW officials about whether residents should be transferred to hospital in the early days of the outbreak.

Mr Millard said it wasn't clear who was in a position to give expert advice on whether residents who tested positive should be moved to hospital.

"He was, I wouldn't say threatening to walk, but he was really saying he couldn't operate under this environment, where it wasn't clear that what would be done in the best interests of the residents in his perspective would be followed," Mr Millard said

Mr Millard said he contacted Senator Colbeck's office after that meeting, to say there needed to be clear decision-making about the response at the centre, and after a call from the minister it was determined Dr Branley would be responsible for clinical matters at the facility.

Board papers presented as evidence said "over the course of the outbreak there has been a frustrating level of dysfunction in the collaboration between Newmarch House Anglicare management and various government departments, agency and hospital employees at both federal and state levels".

"Anglicare has looked to these authorities for their expert advice in dealing with the outbreak but this advice has often been conflicting," the brief given to the board said.

The royal commission has previously been told NSW Health wanted facilities to implement a "hospital in the home" plan and not transfer residents to hospital because of the "precedent" that would set.

If another Anglicare facility was to experience an outbreak, Mr Millard said the Newmarch experience showed the organisation would "strongly push" for any residents who test positive to be transferred to hospital.

Managing an outbreak that spread to 37 residents was a "monumental challenge," Mr Millard said.

While it was the arrangement for residents to managed under "hospital in the home" provisions, Dr Branley said it wasn't a policy and counsel for the NSW government said it was a "guideline".

Dr Branley said each resident who tested positive was assessed on a case by case basis whether hospital in the home was appropriate for them and conditions in the NSW guidelines "were applied as best we could".

Despite the controversy around residents being kept at the facility instead of hospital, Dr Branley said it was still the best way forward, as mass movement of elderly residents wasn't beneficial for the residents and also posed other risks.

"Movement of patients does pose a risk of transmission," he said.

Ms Roy said plans had been made on the assumption the virus was a flu-like illness, but "in hindsight we realised it's a lot more virulent than that". She said the use of an infection prevention specialist on the ground would be best practice, and that centres needed to have larger surge teams available.

Anglicare told the commission the level of resourcing needed for that was much greater than had been understood.

"Having all of [the COVID-19 positive residents] in the home, it put a greater burden on an already stressed workforce," Ms Roy said.

Mr Millard said the outbreak in Newmarch House was "traumatic for everyone involved in this situation" and paid tribute to the residents who had died at the home.