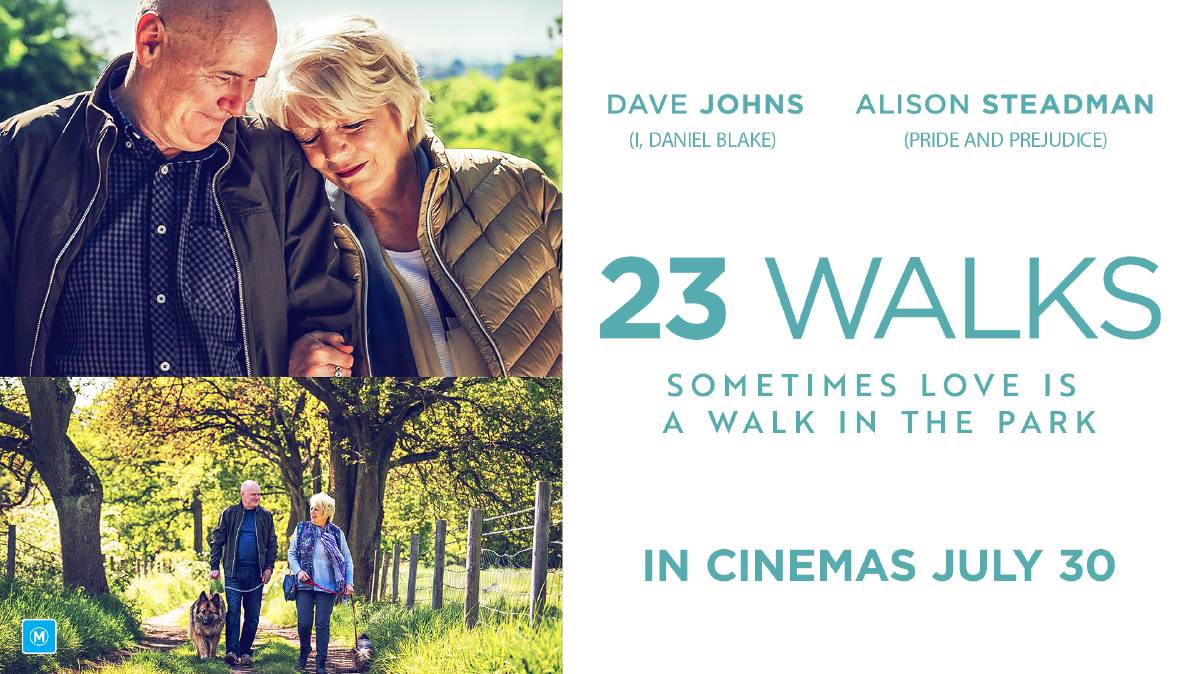 Sponsored content 23 WALKS is a heart-warming British comedy drama about finding love later in life, out in cinemas on July 30. 23 Walks stars Dave Johns from...

23 WALKS is a heart-warming British comedy drama about finding love later in life, out in cinemas on July 30. 23 Walks stars Dave Johns from the acclaimed film I, Daniel Blake, and Alison Steadman, a stalwart of British TV and film with Hold the Sunset and Pride and Prejudice being two of her standout credits.

Dave Johns and Alison Steadman play Dave and Fern, two strangers in their 60s who meet by chance while walking their dogs. Sparks don't initially fly between the two. Bruised by their individual circumstances, Fern is wary, and recovering from a recent divorce, so not open to meeting new people, particularly men. Dave, a sweet soul, recently retired from a career as a nurse, is unassuming and gently acquiesces when Fern insists that Tilly, his German Shepherd, should be on a lead, like her small, but feisty dog, Henry.

These two very different souls continue to meet one another as the weeks roll by. And whilst there is initially tension, they gradually build a rapport as each becomes fond of the other's pets and accustomed to the warmth of company. Before long, what started as not-too promising encounter, blossoms into friendship as both begin to lower their defenses.

Over the course of 23 walks, their relationship evolves - although not without obstacles, as the two have not been completely honest with one another and their future together may be threatened by the secrets they have withheld.

The passing of decades may outwardly change people, but Fern and Dave learn that love isn't easy at any age and the doubts and heartache that trouble us at 18 can be every bit as powerful when we're 65.

23 Walks is a charming film of romance blossoming between two 60-somethings, filled with joy, laughter, some heartbreak and of course, their two cute dogs and their idyllic walks together.

23 Walks is in cinemas nationwide from July 30, with Melbourne sites starting at a later date. Participating cinemas and session times can be found here.