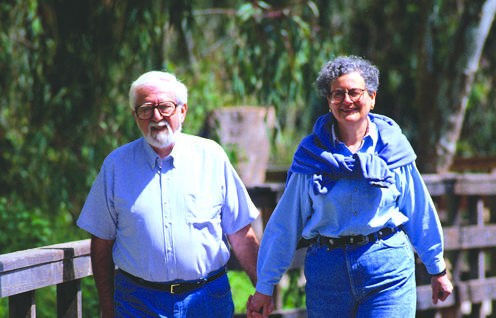 Australian seniors have coped surprisingly well with life changes brought about by the coronavirus pandemic.

IF THERE'S one thing the coronavirus crisis has revealed about Australia's over-50s, it is that they can adapt to change.

While the vast majority have sorely missed being able to see their children and grandchildren in person, a large portion say their families made extra efforts to stay connected and support them.

Being healthier is the top thing seniors are most keen to change in their lives post-COVID-19.

The three things they have found challenging are spending time outdoors, following their usual exrcise routines and avoiding over-eating.

Close to half said they found themselves sitting more, and just over 40 per cent had not attempted any new ways of exercising. Almost three-quarters of those who did, chose walking.

And 40 per cent have used social isolation to pursue self-improvement such as taking up hobbies, cooking and putting in more effort to connect with and support family and friends.

"Most said they adapted to the crisis surprisingly well, many had developed new hobbies, and most had made efforts to stay connected with family and friends," she said.

"Many of those working have actively looked for new opportunities to generate income streams.

A majority had re-evaluated the importance to our community of people like nurses and teachers.

"This is convincing evidence to counter ageist stereotypes of older people as unable to change."

Looking forward, nearly all those surveyed believe the COVID-19 crisis could open everyone's eyes to the importance of sufficiently funding health and education as well as other global threats and society's capacity to act on them.

The majority say the most exciting developments in healthcare in the coming decade are a vaccine for coronavirus, followed by improvements in the prevention and treatment of dementia, cancer or heart disease.

Despite the shake-up, seven in 10 believe the world is likely to emerge better and stronger from the crisis.

The findings are from the Australian Seniors report Connectivity in the Age of COVID-19.