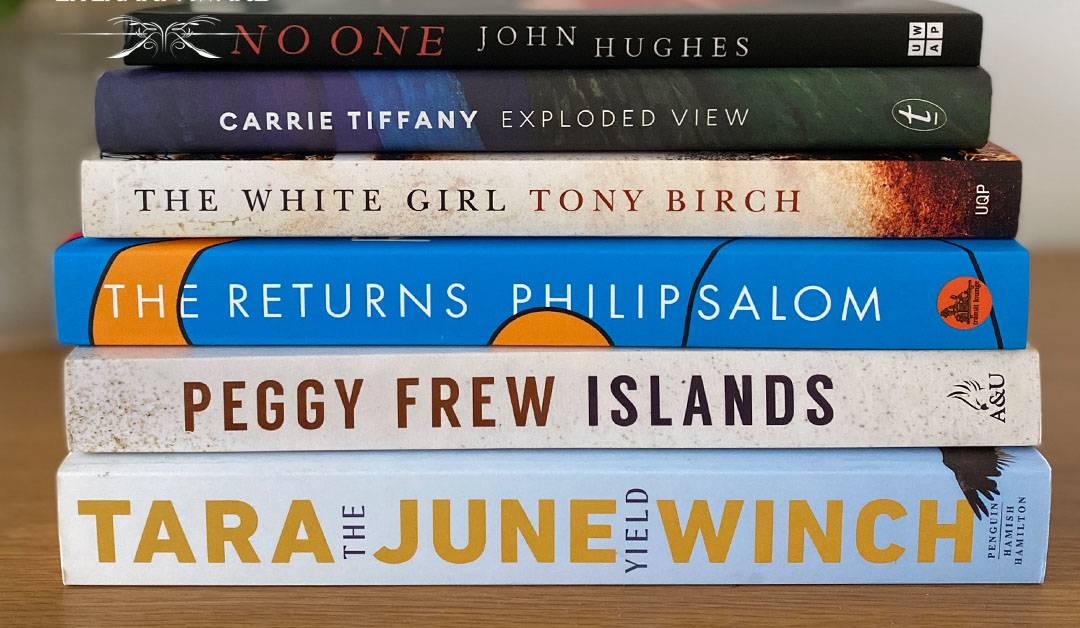 Six novels have been shortlisted for Australia's richest literary prize, with trauma at the forefront of all titles vying for the Miles Franklin award.

A powerhouse of literary talent has been unveiled in the 2020 shortlist, with four nominees set to take another tilt at the $60,000 award with prior works shortlisted in previous years.

The finalists were announced via a live YouTube announcement on Wednesday night.

Previous Miles Franklin-shortlisted authors include Tony Birch, who was nominated for Blood (2012), and whose latest work The White Girl won the NSW Premier's Award for Indigenous Writing.

Carrie Tiffany is also making her second shortlist appearance. Her novels Everyman's Rules for Scientific Living (2006) and Mateship with Birds (2013) were both shortlisted for the Miles Franklin.

Newcomers include Tara June Winch, whose latest work The Yield won the People's Choice Award and Book of the Year at the 2020 NSW Premier's Literary Awards.

She is joined by John Hughes, who enjoyed success with his first book, a collection of essays, The Idea of Home, which won the 2005 NSW Premier's Award for Non-Fiction. No-one is his third novel.

Speaking on behalf of the judging panel, Mitchell Librarian of the State Library of NSW and Chair, Richard Neville, said: "The books on this year's shortlist, diverse in form and tone, all explore the effects of trauma.

"From familial stories of neglect and abuse to the national story of racial and cultural dispossession, these novels demonstrate powerfully how past trauma continues to inform the present".

The White Girl by Tony Birch (The University of Queensland Press)

This novel describes the journey of Aboriginal Odette and her 13-year-old granddaughter Sissy as they struggle to stay together when the authorities are determined to break them apart.

A poetic novel mapping the disintegration of a nuclear family, set against the backdrop of both Phillip Island and Melbourne suburbia.

No one by John Hughes (UWA Publishing)

Part crime novel, part road movie, part love story, No One takes us to the heart of contemporary Australia's festering relationship with its Indigenous past, and the long tail of the legacies of institutional care.

A celebration of the humble and unsung, this playful novel is grounded in a specific North Melbourne locale. Trevor and Elizabeth might be called, disparagingly, ordinary middle-aged people. Really, they are just in the middle of living, with all the everyday concerns that implies. The characters' failings and small triumphs are observed with empathy and compassion.

Set in Perth's outer suburbs in the 1970s, this novel is narrated by an unnamed adolescent girl who has chosen not to speak. It charts the dissociative, watchful and knowing thoughts of someone traumatised by familial neglect and sexual abuse.

Through the voices of three narrators, this novel explores the gap between white and Indigenous cultures as well as the intersections between the contemporary and the colonial.

Each of the 2020 shortlisted authors will receive $5000 from the Copyright Agency's Cultural Fund. The winner,announced on July 16, will receive $60,000 in prize money.