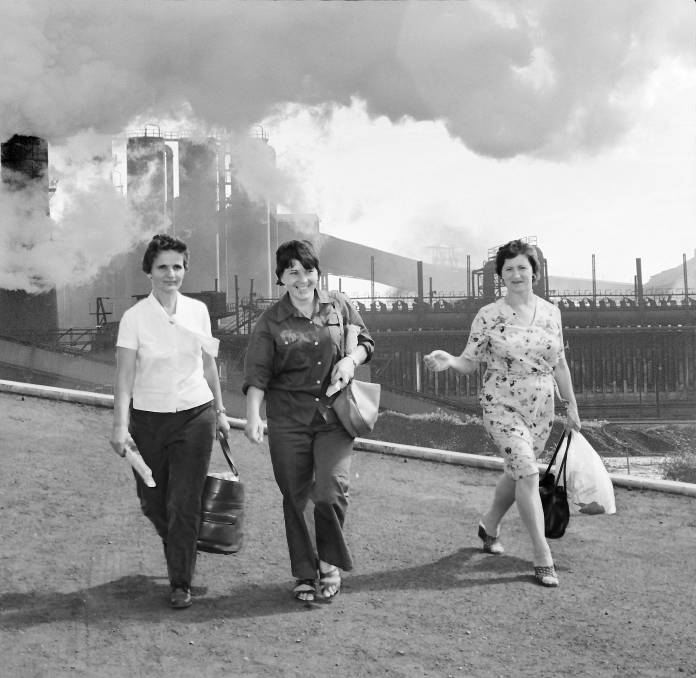 Women of Steel, a rousing story about the 1980-94 campaign by Wollongong women for jobs in the BHP-AIS steel works, is touring Australia for the first time.

The personal story of the campaign sustained by Robynne Murphy and hundreds of other local women for the right to work at BHP is exciting, moving and often very funny.

The film will make its union premiere at the ACTU Activist Conference on November 18 before travelling around the country.

It is an important and now sometimes forgotten episode in Australia's history and Murphy left a promising career as a young filmmaker (she was selected for AFTRS's first intake) when she became caught up in the Jobs for Women Campaign.

It was recently a finalist in the $10,000 Documentary Australia Foundation Award for Australian Documentary at the Sydney Film Festival. It was Murphy's second film to be featured in festival; her first was in 1974.

That Murphy could return to film-making so successfully after so many years is a testimony not only to her talents but also to the exciting nature of the events that took place in Wollongong during the 1980s.

Today, she continues to work in a non-traditional job, albeit now as a volunteer. She drives the truck for her RFS brigade and was on the ground all through the 2019-20 fires on the far south coast of NSW.

This fascinating account of the largely forgotten history of Australia's Steel City was crafted over decades with support from local community volunteers and over 500 donors.

From November 19, you can catch Women of Steel in the cinema as the film premieres around Australia or watch the virtual screening: