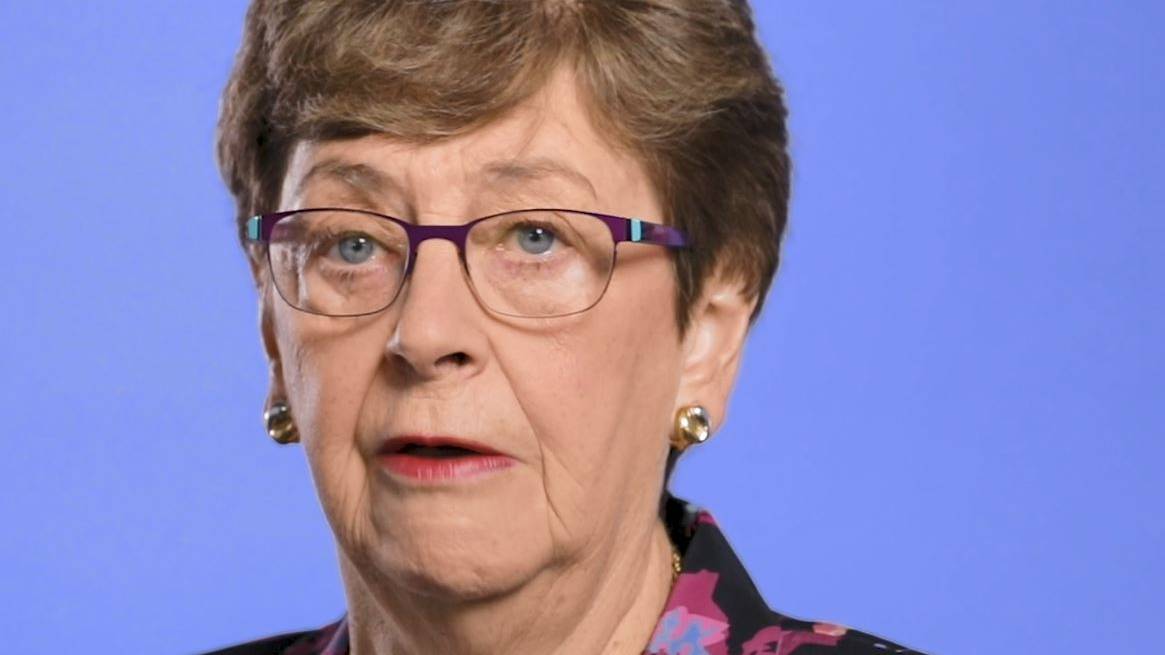 It's World Elder Abuse Awareness Day on June 15 and we're being asked to stand together to help stop abuse.

All generations are being asked to stand together to help stop elder abuse.

Australia's Age Discrimination Commissioner Kay Patterson has launched a social media campaign to spread the message that abuse is not okay and that help is available.

"We all need to stand together and say that the abuse of older people is a human rights violation that has no place in our community," Dr Patterson said ahead of World Elder Abuse Awareness Day on June 15.

Tragically, it is estimated that between 2 and 14 per cent of older Australians experience abuse in any given year, with the prevalence of neglect possibly higher.

One of the drivers of elder abuse is social isolation - something that has been made far worse by the COVID-19 pandemic.

"Some older people have been at heightened risk of elder abuse during physical distancing restrictions because they were in lockdown in the same house as the perpetrator, or unable to get to the usual places where they could seek help," Dr Patterson said.

She is not alone in her concerns.

Seniors rights advocates are concerned that as cash-strapped adult children move back in with elderly parents and the strain of joblessness and lack of purpose is heightened by close family proximity, the stage has been set for a powder-keg dynamic - the degree of which may not be fully evident until the pandemic is over.

The WA Elder Abuse Helpline, run by service provider Advocare, has been fielding calls specifically related to the impact of the virus and says these calls are expected to increase over time.

"We have had a few calls come through where sons or daughters have moved back home because they have lost a job or they are drug dependent and can't couch-surf any more," said Advocare chief executive Dierdre Timms.

"That puts enormous pressure on an older person, particularly on their finances. Sometimes it takes older people time to realise it might be a good idea to talk to somebody and that what they are experiencing is not right."

Seniors Rights Victoria manager Jenny Blakey agrees. "In the current economic climate with large numbers of job losses and people being unable to pay their rent or home loans, the trend to move and live with older parents or other relatives will be driven by financial necessity," she said.

"Some older persons will have been locked down at home with the perpetrator," he said. "We're not going to hear from these people but what we're seeing may have consequences down the track."

The NSW service receives about 700 calls a year regarding elder abuse, some of which are referred to the Ageing and Disability Commission's elder abuse line, as well as thousands of calls for help on legal and other issues.

During the lockdown its 32 staff, working from home, have fielded an above average number of calls including from the families of people in aged care and from those living in retirement villages complaining that some operators were trying to prevent residents from returning to their homes after they had been shopping or to a medical appointment.

The WA Elder Abuse Helpline is receiving about 100 calls a month. "The most we have had is 135 in a month," Ms Timms said. "Two years ago, you would have got 50 maybe. We have increased awareness but I still think we only see the tip of the iceberg."

In Queensland there has been a rise of almost 20 per cent in calls to UnitingCare's Elder Abuse Prevention Unit helpline since lockdown measures were introduced.

UnitingCare Queensland general manager of Family and Disability Services, Luke Lindsay, said the helpline received more than 200 calls in the first three weeks of May. In 40 per cent of cases, COVID-19 was identified as impacting on the abuse.

"Factors such as isolation, cohabitation, family stress and financial pressure have been identified as risk factors for elder abuse and are likely to have been exacerbated by COVID-19," Mr Lindsay said.

While overall the most commonly reported types of abuse were psychological and financial, Mr Lindsay said COVID-19 related calls were linked to physical and psychological abuse.

Seniors Rights Victoria manager Jenny Blakey said significant economic and emotional pressures on families who did not have funds to pay for their rent, mortgages or regular bills could heighten the risk of elder financial abuse.

Financial abuse is the illegal or improper use of a person's property, finances and other assets without their informed consent or where consent is obtained by fraud or manipulation.

"Dealing with financial elder abuse can be complicated when there is no independent advice to the older person," Ms Blakey said.

"Individuals within the family may have different agendas and seek to gain control of the financial outcomes to their benefits to the detriment of the older person.

"This type of situation can place the older parent under great emotional pressure and cause increased anxiety, mental pressure and impact on their health and wellbeing."

While acknowledging the "amazing" support of families in the current environment, Commissioner for Senior Victorians Gerard Mansour said older people can be at risk if arrangements change and they're living with a son or daughter.

"There's added complexity; older people are concerned about having visitors and not doing care services. So they're less likely to see other people.

"You also get situations where perpetrators block access for fear of getting caught and there's total breakdown of relationships."

In South Australia there have been nearly 500 calls to the Adult Safeguarding Unit's Elder Abuse Prevention line since its launch seven months ago, with older women being most at risk.

The state's Office of Ageing Well director Cassie Mason said this year's Stop Elder Abuse campaign, which runs until World Elder Abuse Awareness Day, aims to educate people on the signs and what they can do to help.

"One in 20 older people in our community is experiencing some form of elder abuse from someone they know and trust, often a member of their own family," said Ms Mason, adding that half of all SA cases are financial, often coupled with emotional abuse.

"Older women are more likely to experience abuse, most commonly from an adult son or daughter," she said.

What is elder abuse?

Elder abuse is an act which causes harm to an older person. Abuse includes harm caused by people you trust, such as a spouse, partner or family member, a friend or neighbour, or people you rely on for services.

The abuse can be physical, emotional, financial, social or sexual, where someone with whom an older person has a relationship of trust, mistreats them. Often that person is a family member or carer, but it could be a friend or neighbour on whom they depend.

Abuse can often go unnoticed by outsiders and even other family members, especially if you are becoming frail or declining mentally. It can take a range of forms, including:

Financial abuse - the illegal or improper use of an older person's money or property, including the misuse of an enduring power of attorney document.

Examples of common financial elder abuse can include a family member taking a loan with a promise of repayment but not doing so; taking money or using an older person's banking and credit card without consent; pressuring an older person to make changes to a will or other legal documents; the use of any property or assets without authority or consent; forced transfers of property.

Social abuse - preventing a person from having social contact with family and friends or accessing social activities.

Neglect - an intentional or unintentional failure by a carer to provide necessities of life to a person who depends on them.

Sexual abuse - sexual assault, rape or any activity that makes an older person uncomfortable about their body or gender; for example unwanted text messages.

You can help someone experiencing elder abuse by starting the conversation with them. Invite them to talk in a place where they are alone and safe. Take their concerns seriously and listen to what they have to say.

Let them know the abuse is not their fault and tell them about services that can offer confidential help. You could help with transport, appointments and a place of refuge if they feel unsafe.

Remember, respect their right to make their own decisions and understand they may not be ready to take action. Don't be critical or make negative comments about the abusive person. Don't confront the abuser about their behaviour as this may escalate the risk of harm to all.

If you or anyone you know is in immediate danger, call 000