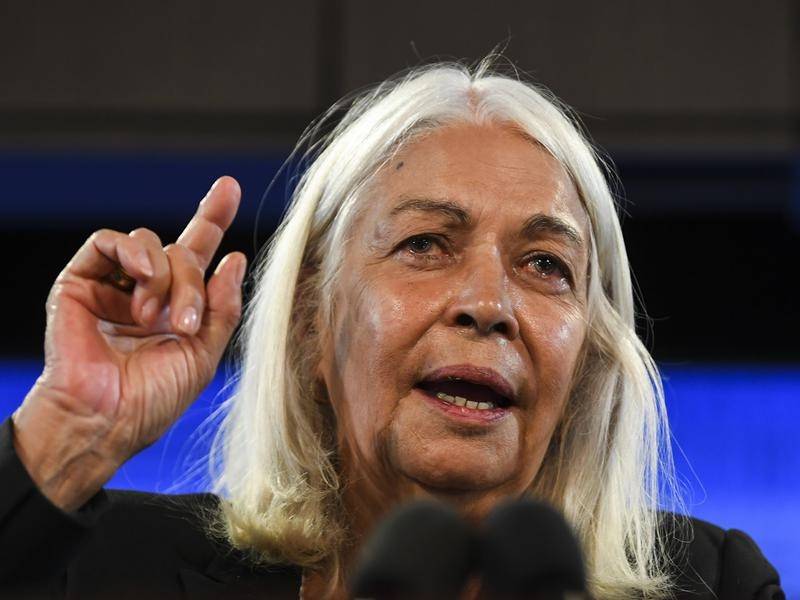 Marcia Langton has spent more than three decades fighting for the rights of Indigenous people.

Marcia Langton has spent more than three decades fighting for the rights of Indigenous people leading to her recognition in the Queen's Birthday honours. But...

Marcia Langton has spent more than three decades fighting for the rights of Indigenous people leading to her recognition in the Queen's Birthday honours.

But it's what has not happened in that time that continues to focus the University of Melbourne academic's anger and energy.

"I did work into the Royal Commission into Aboriginal Deaths in Custody from 1989 to 1990," she told ABC Radio.

"I wrote the Indigenous Issues report in the Northern Territory and spoke to people in every prison and affected community, and I also contributed to the national report.

"Nothing has changed since 1991 when the royal commission report was tabled."

Prof Langton was speaking the day before she planned to march in Saturday's Black Lives Matter Melbourne rally, which called for an end to Aboriginal deaths in custody and solidarity for US protests sparked by unarmed black man George Floyd's death while being arrested by Minneapolis police.

"I find the appeals to us to shut up about deaths in custody totally unconvincing," she said.

Prof Langton has been appointed an officer in the Order of Australia (AO), as part of the Queen's Birthday Honours, recognising her service to tertiary education and advocacy for Aboriginal and Torres Strait Islander people.

A descendant of the Yiman and Bidjara nations, Prof Langton was born and raised in Queensland where she endured appalling discrimination under a system she has since described as apartheid.

At 18, she travelled the world for five years, returning determined to defend human rights.

She studied at the Australian National University in the 1980s, becoming the first Indigenous honours graduate in anthropology, then worked with several organisations dealing with Indigenous social and cultural issues and land claims.

As a member of the Northern Territory Aboriginal Issues Unit, Prof Langton worked for the 1989 Royal Commission into Aboriginal Deaths in Custody.

She has previously been honoured for her work in anthropology and the advocacy of Aboriginal rights.

Her doctorate was awarded by Macquarie University for her study of a Aboriginal land tenure system in eastern Cape York.

Since 2000, she has held the Foundation Chair of Australian Indigenous Studies at the University of Melbourne.

In October 2019, Prof Langton was announced as a co-chair of a senior advisory group convened by Indigenous Affairs Minister Ken Wyatt designed to drive discussions on giving Indigenous Australians a voice at all levels of government.