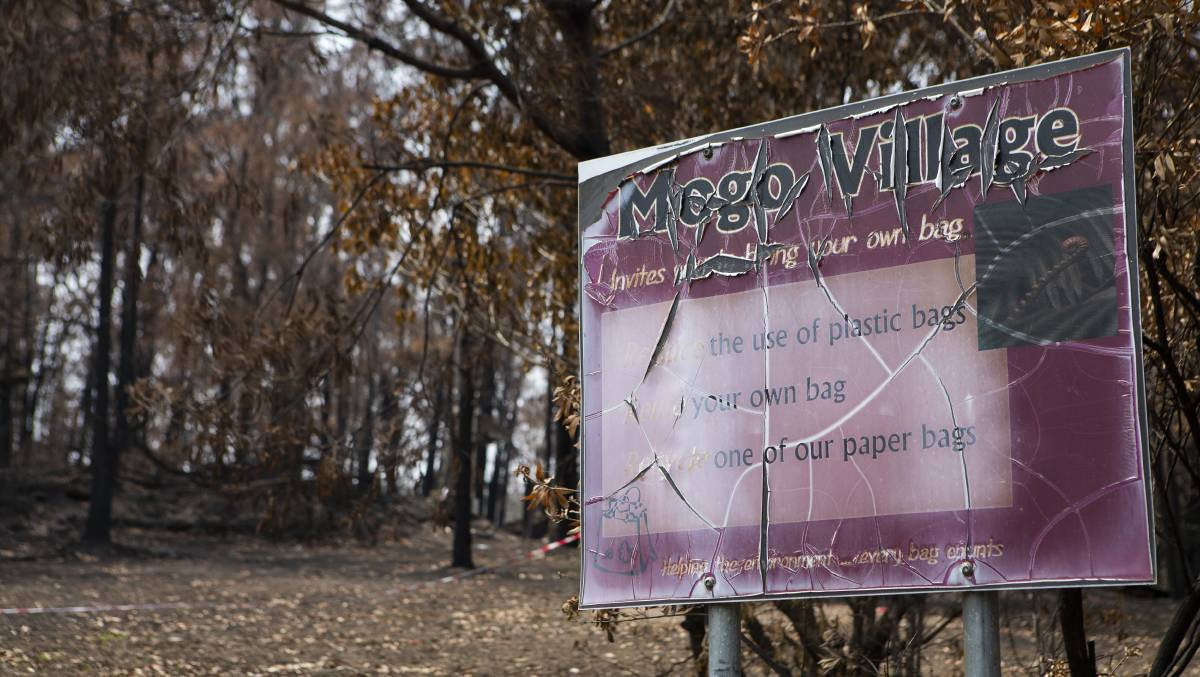 One Mogo business finally managed to get their paperwork together for a Commonwealth bushfiire recovery grant, only to find there was nowhere to send it. Picture: Jamila Toderas

Only 3 per cent of businesses in bushfire-affected areas have qualified for a concessional loan or grant from the federal government, amid criticism the scheme is too bureaucratic.

Only 3 per cent of businesses in bushfire-affected areas have qualified for a concessional loan or grant from the federal government, amid criticism the scheme is too bureaucratic.

New figures from the Department of Prime Minister and Cabinet show around $529.2 million of the Morrison government's $2 billion bushfire recovery fund had been spent as of May.

The government is in the process of using another $471.8 million to reimburse states and territories for disaster relief programs, while an extra $417 million has been spent from other existing disaster support funding including disaster recovery payments and allowances.

That means a total of $1.4 billion in Commonwealth funding has gone to bushfire-affected communities.

However key parts of the recovery program appear to be undersubscribed.

Just 21,405 of the 640,000 businesses in bushfire-affected areas have received a grant or concessional loan from the Commonwealth.

The concessional loan scheme allowed small businesses directly impacted by bushfires to apply for concessional loans of up to $500,000. However only $17 million in loans have been approved.

When combined, it only amounted to $35.2 million, compared to the $58.9 million that was budgeted.

By comparison, the take-up of the $10,000 grants for small businesses was much stronger. Around $173.3 million of grants had been approved of the $204.9 million that was budgeted for this financial year.

Small Business Ombudsman Kate Carnell told the Royal Commission into National Natural Disaster Preparedness business owners wanted grants, not loans, as they did not want to get further into debt.

"Lots of small businesses weren't confident enough to put themselves further into debt, even though the loans were incredibly generous," Ms Carnell said.

However the hurdles businesses had to jump over were too high for some, Ms Carnell said.

"The first questions were what are you going to spend it on, can you please get a quote, a number of quotes, could you please attach the quote," she said.

"When you think about it these were the people in towns like Mogo, you know, that half the buildings or a large number of buildings were burnt, you know, they were struggling to find anyone to get a quote from and to be that specific about what they were going to spend the money on.

"I spoke to one business when I was down visiting a range of them, he said 'well, we've got it all together finally, we found all the documents we needed, we got them all, and then we couldn't find where to send it to because there was no email address'. I know that sounds silly but that's the level of challenge that we saw for a range of those businesses."

Department of Prime Minister and Cabinet Secretary Phil Gaetjens will among a swag of officials set to give evidence before a Senate committee examining the 2019-20 bushfires on Wednesday.

The parliamentary inquiry is separate to the royal commission, which will also continue on Wednesday.

The story Tens of thousands of bushfire-hit businesses miss out on federal support first appeared on The Canberra Times.