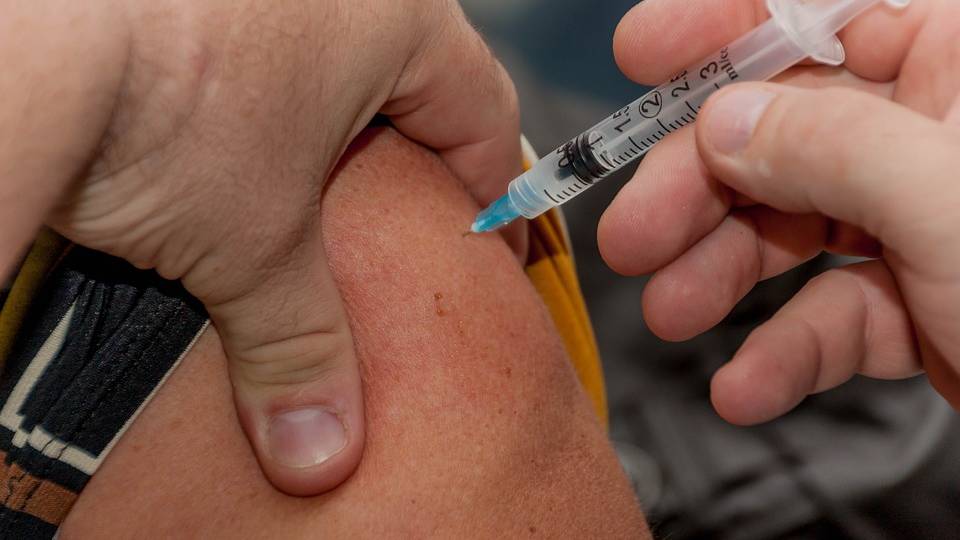 Heart Foundation is urging us all to look after our hearts by getting vaccinated before the flu season starts to peak in June.

WE'RE getting closer to peak flu season and what many Australians don't know is they're six times more likely to have a heart attack the week after they've had a bout of influenza.

So the Heart Foundation is urging us all to look after our hearts by getting vaccinated before the flu season starts to peak in June.

New data from the Australian Bureau of Statistics reveals that almost five million Australian adults do not intend to get their flu shot this year.

The Heart Foundation's Manager Natalie Raffoul, said it was not widely known that influenza can trigger a heart attack, or that a flu shot can protect our hearts.

Acute viral infections can cause a severe inflammatory response as the body fights the infection, which can strain the heart and trigger heart failure or an abnormal heartbeat.

The flu can also destabilise the plaque inside your blood vessels, which can lead to a blockage and a possible heart attack or stroke.

"International studies have found that the influenza vaccine can cut the risk of having a heart attack by up to 45 percent," said Ms Raffoul.

"Catching the flu increases the risk of hospitalisation and death for all Australians but people with heart disease are especially at risk," Ms Raffoul said.

"If you have heart disease, it is vital that you see your doctor or pharmacist to get a flu shot every year. Getting a case of the flu can cause long-term, irreversible heart problems and can be lifethreatening."

Despite the risk, data reveals that only half of Australians living with chronic conditions, including heart disease, diabetes, asthma, cancer and stroke, get their regular flu shot.

Australians can get influenza at any time, but the peak flu season runs from June to September.

"The cross over between influenza season and the current COVID-19 pandemic will make it even more important for vulnerable Australians to get their flu shot in a timely fashion," Ms Raffoul said.

The National Immunisation Program provides free vaccines to those most at risk, including people living with heart disease and Aboriginal and Torres Strait Islander people.

Older Australians over 65 years are eligible for a free special Quadrivalent Influenza Vaccine.