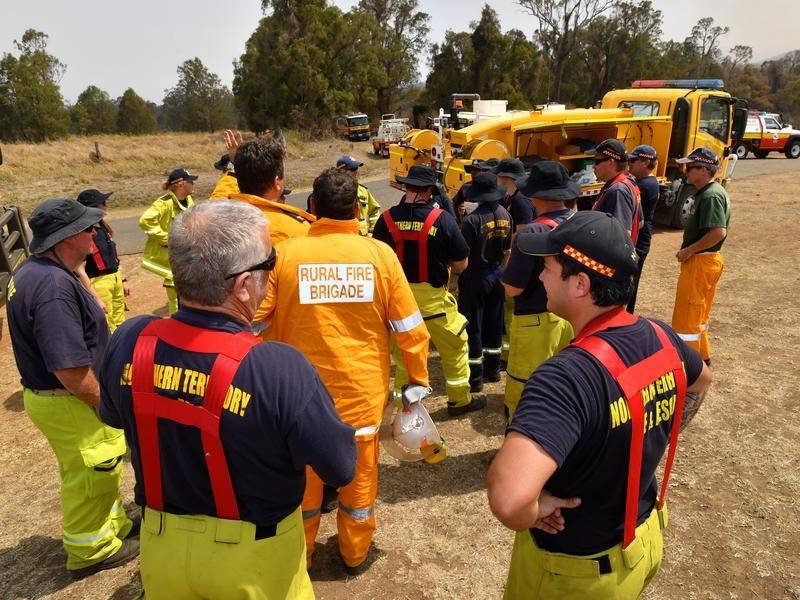 Nearly 70 fires are burning across Queensland with Friday and Sunday to be the most volatile days.

Almost 100 firebugs have deliberately started blazes across Queensland that have destroyed homes and consumed thousands of hectares of bushland. Some 65 fires...

Almost 100 firebugs have deliberately started blazes across Queensland that have destroyed homes and consumed thousands of hectares of bushland.

Some 65 fires continue to burn across the state on Friday, jumping from 55 reported on Thursday, as the fire threat deepens heading into the weekend.

As firefighters remain on high alert, police revealed 103 of the destructive fires that have lashed Queensland since September were deliberately lit.

Figures obtained by AAP reveal 98 people - 31 adults and 67 juveniles - have been dealt with by Queensland police for deliberately setting fires.

A 16-year-old boy was found to have started a fire that razed 14 homes in central Queensland and dealt with under the state's Youth Justice Act.

Two more teens, 14 and 15, were charged with endangering property by fire over a blaze that destroyed two homes and forced hundreds to flee.

More than 120 fires are still being investigated and more people could be charged.

The firebug revelations come as fire crews continue to face challenging conditions as a strong upper ridge sweeping across the southeast combines with fresh east northeasterly winds on Friday.

The volatile conditions have prompted the weather bureau to reissue a severe fire warning for the Darling Downs and Granite Belt, Central Highlands and Coalfields, and the eastern parts of the Warrego and Maranoa districts on Friday.

Areas of localised severe fire danger are also in place for the eastern parts of the Central West district.

Residents in Cainbable, west of the Gold Coast, have been told to prepare to leave, as a bushfire in the Lamington National Park continues to threaten properties.

Firefighters continue to keep watch on the dangerous fire burning on multiple fronts at Lowmead near Gladstone, where authorities now confirm three homes were lost earlier in the week.

The eastern side of the fire is burning in the vicinity of Cross Road, Hills Road, Whytallabah Road and Kirkpatrick Road.

Firefighters will continue to work with heavy machinery and waterbombing aircraft to strengthen containment lines.

Sunshine Coast residents also remain on alert after being forced to evacuate a volatile bushfire on Wednesday.

Forty-three homes have been destroyed in Queensland since August 1 with fires blackening more than 240,000 hectares of land.

Conditions are forecast to improve along the Queensland coast into next week but residents across the state should remain on alert about the several fire and heat warnings, the Bureau of Meteorology says.

"It is vital not to become complacent when hearing these continued warnings,' forecaster Rosa Hoff told media on Friday

"The danger is as real as it was the first day we experienced it in Queensland."