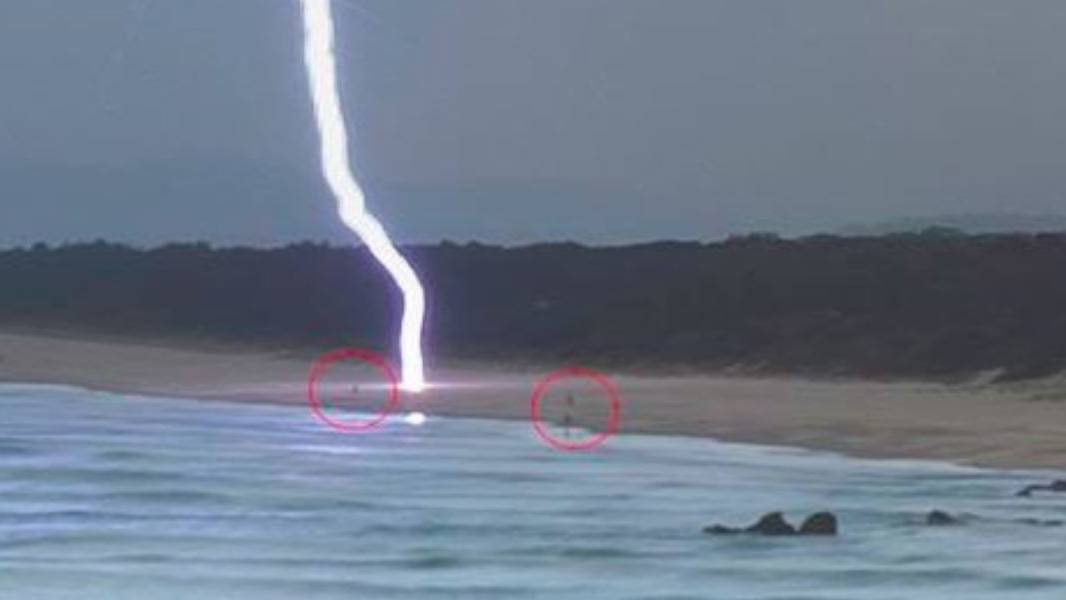 So close: Two people on the beach at Lighthouse when the lightning struck. Photo: Bryan Jones.

Those two red circles? Yup, walkers on a beach. Untouched by a lightning strike.

It could have been a late afternoon walk on the beach that went seriously wrong for two people last weekend.

This is the thunderstorm that rolled across the Hastings on October 26. It is believed lightning was the cause of a fire that erupted in suburban Port Macquarie and has now burned south to Lake Cathie for more than a week.

It brought with it lots of thunder, several big bolts of lightning but very little rain. 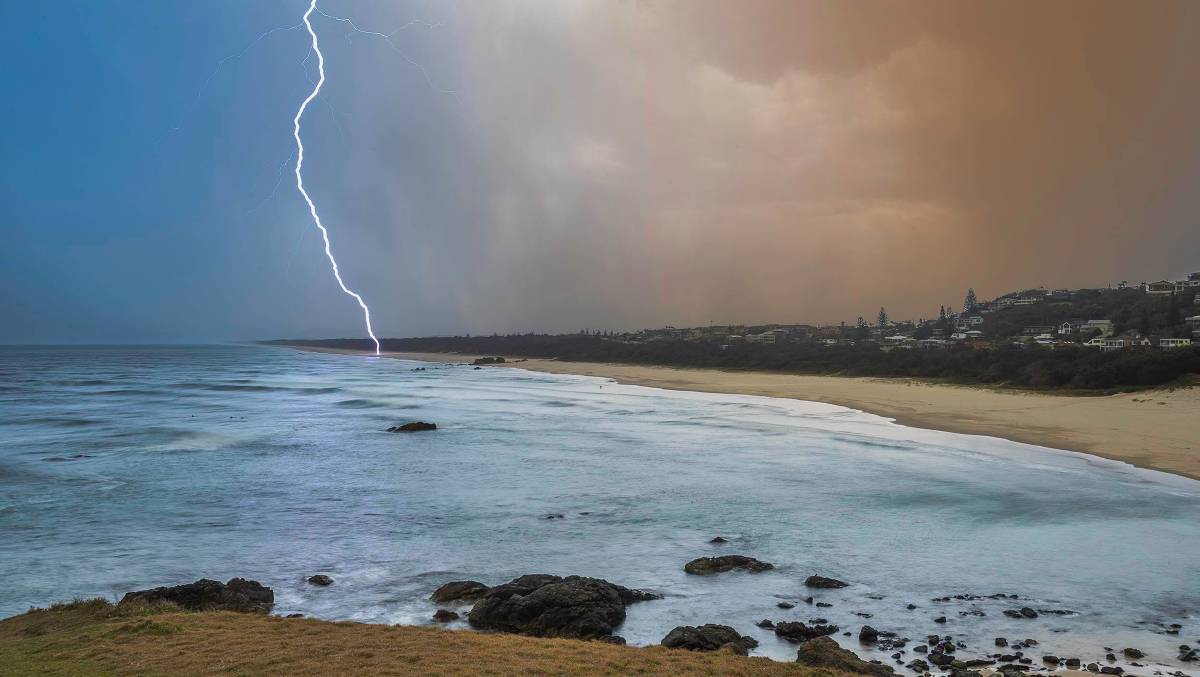 Dramatic sky: The thunderstorm rolling across the Hastings on October 26. Photo: Bryan Jones.

Port Macquarie photographer and high school teacher Bryan Jones was at Tacking Point lighthouse when the weather system rolled in. Little did he know he had possibly captured a very close call for several walkers on Lighthouse Beach.

Bryan snapped the split second a large bolt of lightning hit the beach and illuminates what appears to be two people just metres away.

They are lucky not to have been seriously injured. 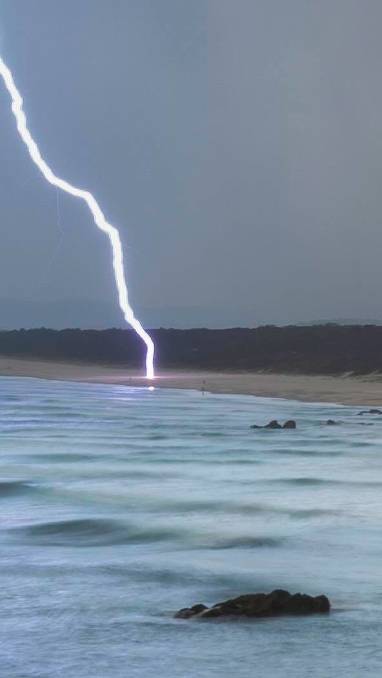 Bryan admits he is a storm chaser and is often seen out and about in the wild weather with other local photographers.

"I like to photograph anything that interests me, storms and seascapes are always fun to shoot," he said.

"Storms are particularly fun as you need to constantly check weather radars, run from the rain and hopefully nail the focus.

"I shoot with quite a few local photographers, which is good as we all keep each other in check when it comes to safety."