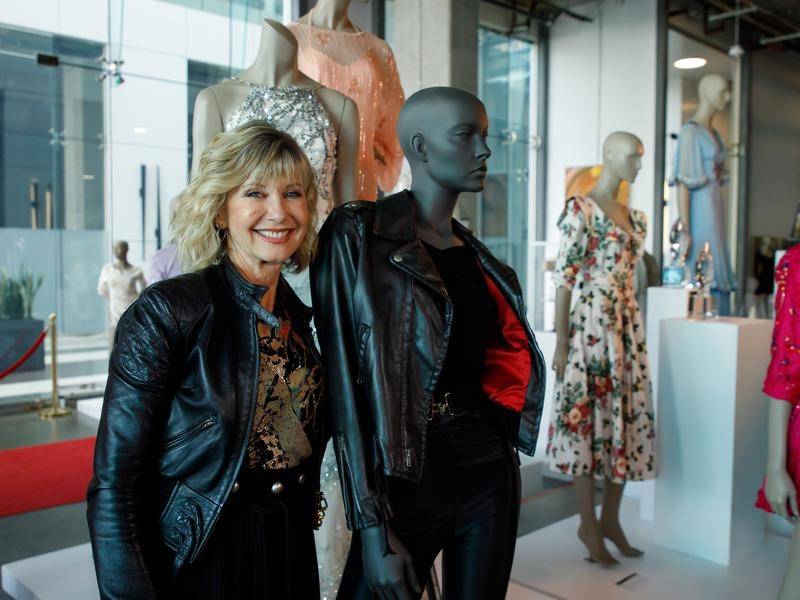 Olivia Newton-John has sold her film memorabilia at a US charity auction.

The famous black leather jacket Olivia Newton-John wore in the final scenes of Grease has sold at the a charity auction for $US243,200 ($A352,009). Newton-Joh...

The famous black leather jacket Olivia Newton-John wore in the final scenes of Grease has sold at the a charity auction for $US243,200 ($A352,009).

Newton-John organised the event in Beverly Hills, California, to raise money for her Melbourne cancer hospital by auctioning off hundreds of items from her long career.

This included the much-hyped sale of the edgy leather look she strutted in the final scenes of Grease, when she and co-star John Travolta performed You're the One That I Want and We Go Together.

In addition to the black leather motorcycle jacket, the iconic figure-hugging, black high-waist pants she wore with it sold, along with a signed photograph, for $US162,500.

The Australian singer starred as Sandy in the cult classic as the school girl who fell in love with Danny, played by Travolta in the perennially popular 1978 musical.

"The jacket, of course, was a wonderful way of transitioning into this hot character," Newton-John said.

The 71-year-old told dpa she will donate a large portion of the proceeds to the cancer hospital that she founded in Melbourne.

Newton-John was diagnosed with breast cancer in 1992, and last year the disease returned in the form of a tumour in her lower spine.

"I am not sad at all to let go of these things," Newton-John said.

"It's just things, and I try not to be attached to things. I will keep beautiful memories and photographs."

In addition to the leather outfit, an estimated 500 other items were up for sale at the Life and Career of Olivia Newton-John auction.

The actress sold a custom Pink Ladies bowling style jacket with Sandy embroidered on the front for $US50,000 and a signed Grease cast poster for $US64,000.

But Newton-John said didn't get rid of all of her keepsakes.

"There are some jewellery pieces I want my daughter to have. Some clothing I really like and my Grammys," she said.

Among Newton-John's four Grammys was the 1974 record of the year for I Honestly Love You, written by fellow Australian Peter Allen.