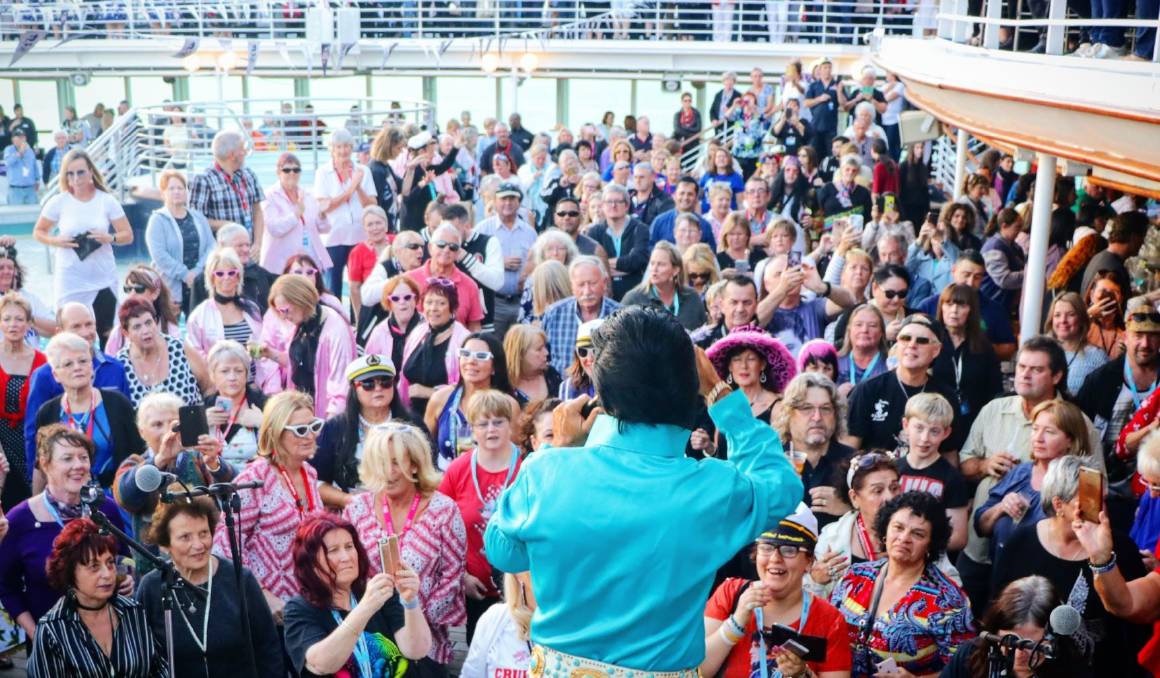 IN a case of one was never going to be enough, P&O Cruises has announced that next year there will be two Tribute to the King cruises for diehard rock 'n' roll fans.

The cruises will sail from Sydney and Brisbane and will again feature a formidable group of tribute artists ready to captivate fans with the Memphis sound.

They include popular Elvis Presley tribute artist Damian Mullin, whose passion for the King and his music started in country Victoria as a child when his mother played vintage rock 'n' roll during long drives to and from Melbourne.

Damian began his career as a singing telegram messenger, a job he didn't like but one that gave him the confidence to graduate to an all-encompassing stage act and full-time show business career.

He says the tribute cruises are special for the artists because they are not only entertaining their audience but also living among them during the cruise.

The Sydney cruise on Pacific Explorer is a four-night celebration of Elvis departing on May 18.

The new Brisbane Tribute to the King cruise on Pacific Dawn departs on June 16 for three nights of wall-to-wall rock 'n' roll.