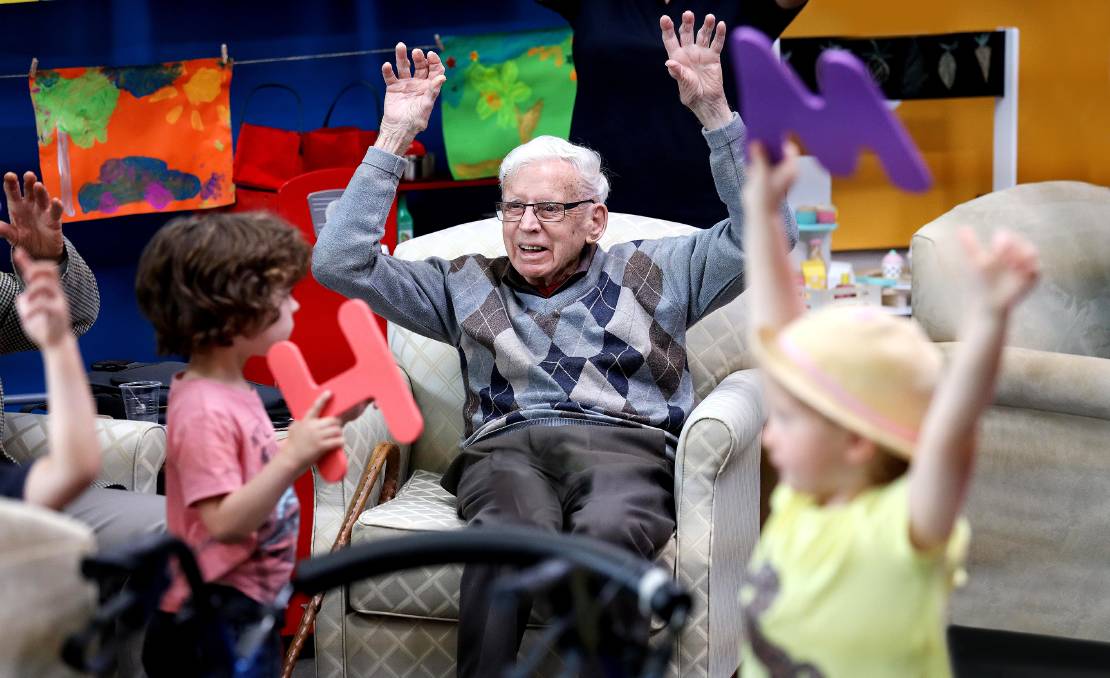 COULD the solution to a better life for older Australians be as simple as hanging out with four-year-olds?

That's what producers behind Old People's Homes for 4 Year Olds - a groundbreaking new ABC documentary series narrated by Annabel Crabb which airs next week - hoped to find out.

In this extraordinary social experiment, screening over five weeks from Tuesday, 27 August at 8.30pm on ABC + ABC iview, children shared a pre-school with the residents of a nearby retirement home.

Across the seven-week experiment, participants tested a model of care that could potentially transform the way we support our most vulnerable Australians.

The two groups of 11 older Australians, and 10 pre-schoolers, were brought together for planned, mixed activities each day in the specially designed pre-school built within the retirement home.

At the helm were a team of experts in geriatric health and wellbeing and an early childhood expert who, over the course of the series, scientifically analysed and monitored the progress of both groups.

They tracked the quantifiable and measurable physical and mental changes of the older group, and the developmental growth of the children.

Talking about the social experiment, series expert and Professor in Geriatric Medicine, Sue Kurrle said: "In order to make positive change for people in aged care here, we need evidence that intergenerational care can work in this country.

"We hope that our experiment will give that evidence and allow it to be adopted much more widely.

"Older people were young once and hopefully seeing these four-year-olds will really draw them out of themselves.

"Get them singing and laughing and dancing again as they would've when they were younger, bringing them back into life again."